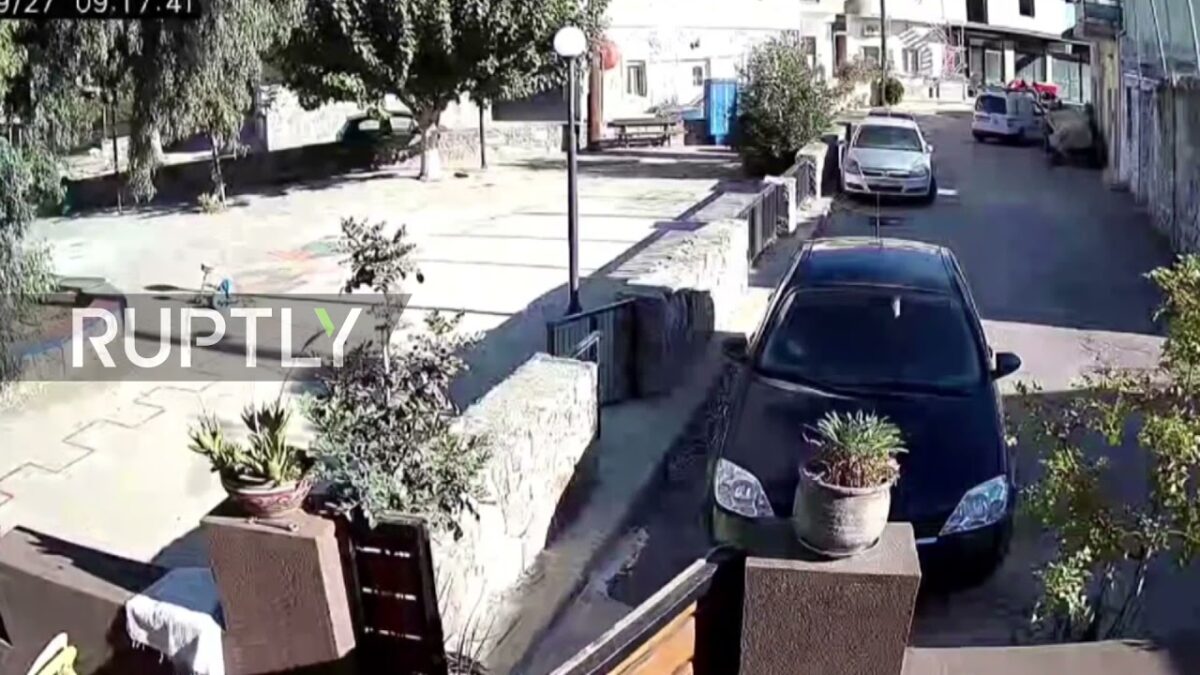 People on the island of Crete, Greece’s largest island, were jolted by a large earthquake that rumbled through on Monday at 9:17 a.m.

The epicenter of the earthquake was traced to 14 miles northwest of Arvi, a seaside village on the southeastern side of Crete, six miles deep.

Gerasimos Papadopoulos, a seismologist, said the area had been experiencing more activity than usual, and the quake was not wholly unexpected.

“This is not an event that occurred without warning,” Papadopoulos told Greece’s state broadcaster ERT, according to the BBC.

“We have seen activity in this region for several months. This was a strong earthquake, it was not under sea but under land and affecting populated areas.”

The Athens Geodynamic Institute registered it at a magnitude of 5.8, though the European-Mediterranean Seismological Centre first reported it coming in at 6.5 and the United States Geological Survey said it registered as a 6.0.

One man was killed and at least nine people were injured. Many buildings — especially older ones — have experienced serious structural damage, and many streets are lined with rubble.

The man who died was working on renovating the dome of a chapel in Arkalochori, south of Heraklion, according to CNN. He was found unconscious after the church collapsed and was pronounced dead.

Since the quake, many have shared videos of the moment the earthquake hit. Security cameras show the damage as it happened, and people have been sharing their accounts of the event.

“Glasses started smashing so we ran outside by the pool,” Millie Mackay, who was on vacation from Britain with her 9-year-old daughter, told the BBC.

“There the bosses guided us to a place of safety … [The manager] was then calling out room numbers and checking if everyone was out and OK.”

“Fortunately, our home was not too badly damaged,” Evangelia Christaki, a local, said. “But the authorities have told us to stay outdoors over the next hours. In any case, we are so scared.”

Officials said that schools were closed down and 2,500 tents have been set up for those displaced, and government minister Christos Stylianidis has declared a state of emergency.