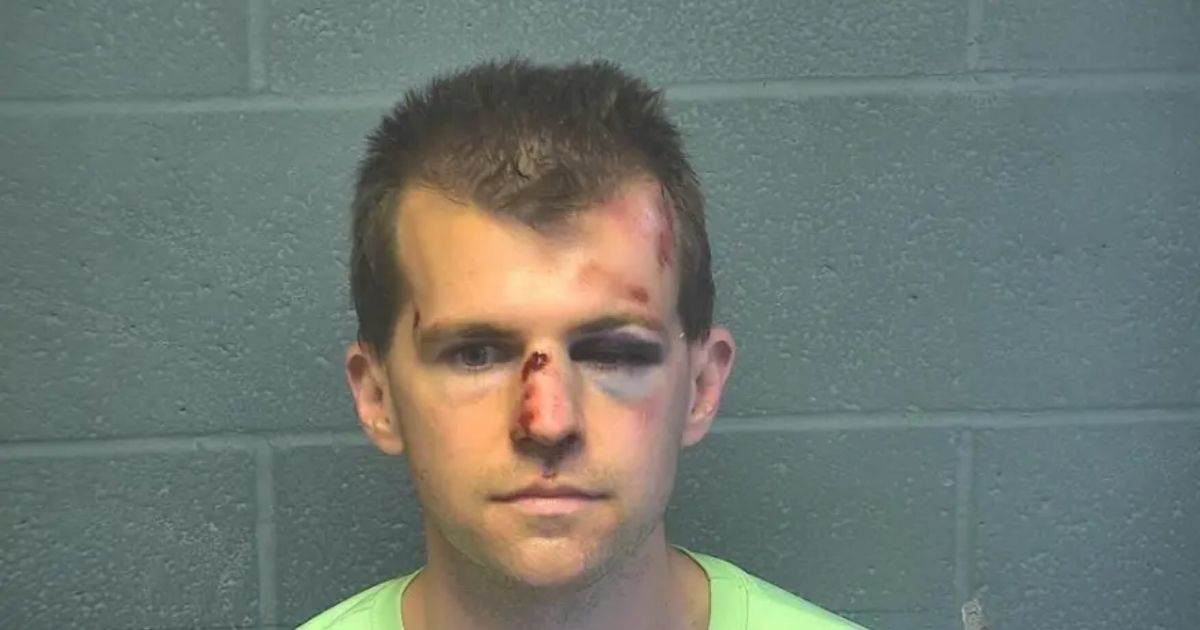 An Oklahoma dad is the hero we all need right now after he delivered a bloody beat-down to a local pastor he caught allegedly touching his 9-year-old son.

Michael Coghill, 33, had a clean background check when he was taken on by the Lakehoma Church of Christ in Mustang, Oklahoma, but he seems to have had a habit of jogging past a bus stop each morning where he would stop and chat with the children waiting there.

This was where he allegedly struck up a rapport with a little boy, who told his father that Coghill had touched him inappropriately.

Dad clearly went into a rage over the incident — but managed to stay cool, calm and collected enough to set a trap for Coghill.

“He knew the time he would be there every day,” resident Lisa Ward, who witnessed the event that transpired, told News 9. “That was the hardest part, the most disgusting part.”

Ward, whose daughters wait at the same bus stop, said that Coghill’s actions were just “sickening.”

“I just thought he was a runner in the neighborhood,” she explained.

After our papa bear was alerted to the sick occurrences, he accompanied his son to the bus stop on Wednesday and waited in his car with his phone on the ready to catch the creep in action.

“While he was watching the school bus stop, our suspect ran by him, ran past the bus stop where the children were waiting. Turned around, came back and stopped where he touched the child,” Sgt. Dillon Quirk of the Oklahoma City Police Department explained.

The father then ran down Coghill, tackled him and smashed his face in.

Police found a severely beat up suspect when they arrived on the scene, and Ward said that he was “all bloody” in the cruiser, where he was placed upon being arrested for his alleged crime.

Cogill is now being held in the Oklahoma County Detention Center on one complaint of lewd acts to a child, and police are encouraging any other victims to come forward.

The church where he was employed as a pastor also released a statement expressing their shock and dismay and denouncing Cogill’s actions.

“We were heartbroken to learn of the incident involving one of our adult ministers, and our hearts go out to the child and family involved,” the church said in the statement. “We were shocked at this news as he had a clean background check, and we have received no reports or claims against him during his tenure. Church leadership has no tolerance for any type of abuse and is meeting tonight to discuss next steps. We will cooperate with authorities as needed.”

As the mother of a 9-year-old boy myself, knowing my husband would have most certainly done exactly the same if we learned that he’d been victimized in such a sick way, I can’t emphasize how important it is for every single parent to take the safety of their children just this seriously.

Protect your cubs, mama and papa bears. It’s the job God gave you, and no one will take their well-being as seriously as you will. Not at school, not at church, not even on the street. You need to take your child’s safety into your own hands.

It grieves me to be raising my children in an era in which sexual predation appears to be so prevalent, but I believe that, with the same papa bear instincts that this determined father displayed, young parents everywhere can effectively work to make such depraved abuse of children unthinkable.

Children have become far too alienated from their parents — predators are often known to prey on kids who have difficult home situations and lack reliable adult figures in their lives.

Not in this little boy’s case, however, and thank the Lord for that.

No, his father is committed, involved, active and fiercely protective, and he is just the kind of parent all our children need, so we can leave for them a better world in which those who would seek to abuse the most innocent among us can reasonably expect to be punished severely for their sick crimes.