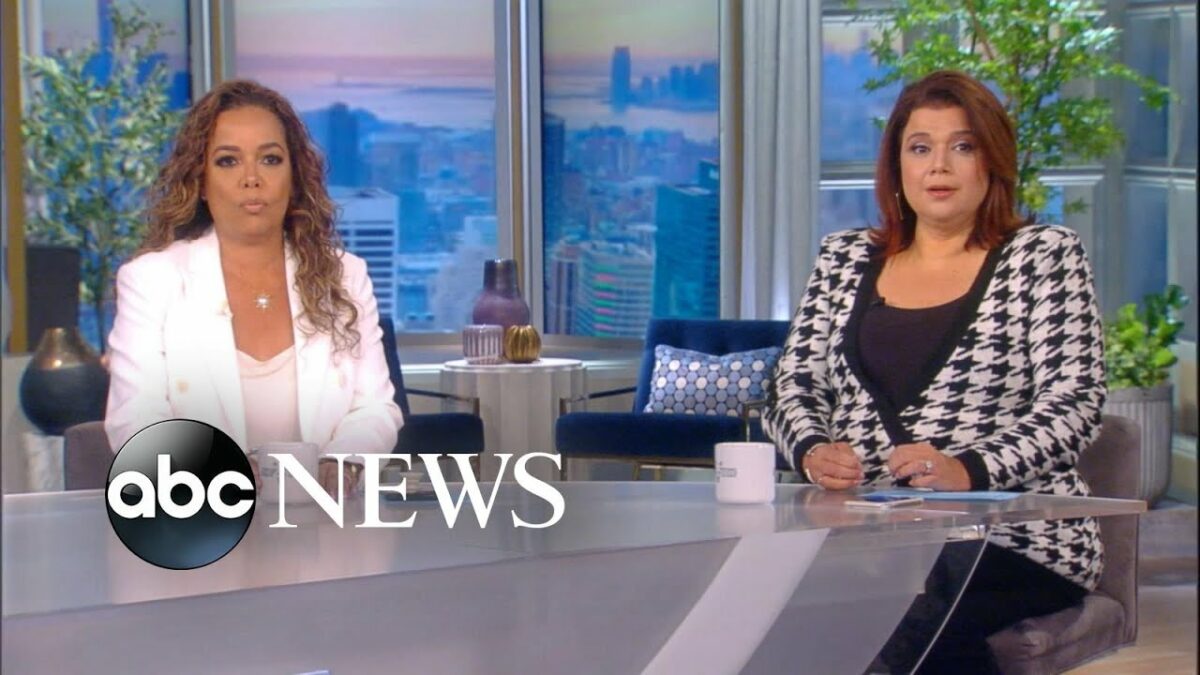 The following article, 'The View' Co-Hosts Who Tested Positive for COVID Didn't Even Have It, was first published on Flag And Cross.

A disturbing incident on ABC’s “The View” spotlights an alarming problem with current coronavirus protocols.

On Friday — just moments before Vice President Kamala Harris was scheduled to appear in person — “The View” co-hosts Ana Navarro and Sunny Hostin were abruptly rushed off stage amid revelations that they had tested positive for COVID-19.

Both Navarro and Hostin are vaccinated.

The Harris interview, which was supposed to be on-set, was changed to a remote interview following an awkward delay.

Insiders at the left-wing talk show told the New York Post on Sunday that both Hostin and Navarro subsequently tested negative, ruling their first tests a false positive.

“They were pissed because everyone’s been waiting for this big interview for two weeks now, and then it was derailed because of a false positive,” an insider said.

A second source said the incident was especially shocking because producers announced the hosts’ test results on air without their permission.

Not only is that embarrassing, but it’s also unethical to reveal someone’s health issues on national television without their express consent.

“It was not OK. They made the decision to reveal their COVID-19 results in the heat of the moment when they should’ve gone to commercial break,” a second insider told the Post.

“They could’ve stopped and thought about how to handle it, as opposed to being crazy on the air and running around like chickens with their heads cut off,” the source said.

On Saturday, Navarro tweeted that she had tested negative for a third time. This indicates that her initial positive test result on Friday was indeed a false-positive.

Hostin had not commented on the incident, but she and Navarro were back in the studio on Monday.

At the start of Monday’s show, co-host Joy Behar announced that both tests had turned out to be false positives and everyone is “safe, healthy and COVID-free.”

The show’s executive producer, Brian Teta, issued an apology to Navarro and Hostin.

The View’s executive producer Brian Teta apologizes to Ana Navarro and Sunny Hostin for the false-positive tests on Friday:

“It was unfortunate that mistakes were made” pic.twitter.com/Lf7fsWDyvB

“The View” hosts and staff are tested for the coronavirus multiple times a week. It’s unclear why this measure is necessary when they’re all supposedly vaccinated.

However, the shocking incident from Friday has enraged some employees, who slammed ABC’s sloppy testing protocol as an “epic fail.”

The Food and Drug Administration has warned that false-positive results do occur with COVID-19 tests.

“The FDA is aware of reports of false positive results associated with antigen tests used in nursing homes and other settings,” the agency revealed in November 2020.

It issued another warning about false-positive tests eight months later in July.

The alarming regularity of false positives is worrisome because it suggests that infection rates are being artificially inflated.

This stokes public panic and suggests that we’re not being told the truth about the pandemic and the actions taken to fight it.

One Twitter user wrote: “So proof that the number of positive cases is most likely inflated? How many people got one test and went home to quarantine and never questioned it?”

So, proof that the number of positive cases is most likely inflated? How many people got one test and went home to quarantine and never questioned it?

Conservative commentator Christian Walker mocked the delicious irony of the vaccinated co-hosts of “The View” testing positive “after screaming about how the unvaccinated are super spreaders.”

Let’s put it this way: if someone announced I tested positive for an illness on live tv without my permission, I’d be calling a lawyer.

This farcical incident underscores that the fearmongering being fomented by Democrats and their media puppets can boomerang on even the most virtue-signaling COVID alarmists, such as Navarro and Hostin.

In other words, self-righteous vaxxers who attack Americans because they’re unwilling to submit to oppressive vaccine passports are not exempt from becoming victims of left-wing hysteria.

Continue reading: 'The View' Co-Hosts Who Tested Positive for COVID Didn't Even Have It ...