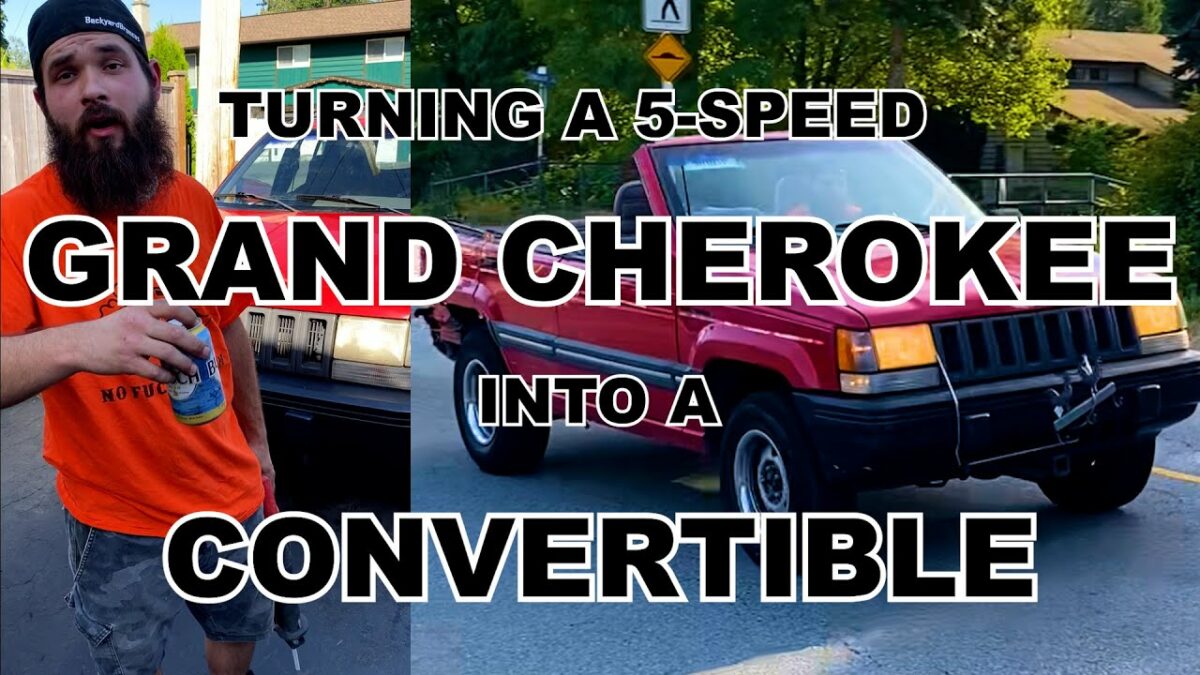 The following article, YouTubers Destroy 'Holy Grail' of Rare Vehicles to Get More Views on Their Channel, was first published on Flag And Cross.

I remember hearing a story — perhaps apocryphal — that there was some outrage in the car collector community when “Ferris Bueller’s Day Off” came out.

The 1986 John Hughes film features a Ferrari 250 GT California Spyder owned by the father of Alan Ruck’s character, Cameron Frye, which is commandeered by the eponymous hero, played by Matthew Broderick.

If you haven’t caught the film in the 35 years since it came out, spoiler alert: Ruck’s character ends up wrecking the car during the climax of the movie.

Most of the audience was wrapped up in the oddly cathartic nature of Cameron running an expensive, rare Ferrari through the back of a plate-glass garage and off a cliff with no one in it — and in reverse, too! (If you’re wondering why it’s cathartic, the plot’s a bit too long to explain here, but the TLDR version: Cameron had daddy issues.)

However, there was a certain segment of the audience — car geeks all, the kind of people whose idea of a dream vacation is to spend a week touring Jay Leno’s garage — who were outraged. There were only 100 of these things made, after all!

It turns out the outrage was all for naught. Given that the actual Ferrari in question now costs $11 million, according to Road & Track (and it was still expensive in those days), they’d used replicas for filming. Replicas that are in enough demand that one fetched $407,000 at auction.

Apocryphal though the story may be, you can see the logic behind it. Destroying a rare Ferrari for a teen flick, no matter how good the teen flick might be — or how many excellent bit parts went to Ben Stein and Charlie Sheen — seems a bit of a waste.

So why are people in 2021 upset that a bunch of YouTubers destroyed a base-level 1990s Jeep Grand Cherokee?

Yes, I know, the Jeep Grand Cherokee from that generation isn’t necessarily beloved. In case you’ve forgotten, here’s what they look like:

Sure, they’re not bad — and Jeeps have a following for a reason. They might rattle a bit, have panel gaps the size of a small stream or come with a host of nagging quality issues, but they’re Jeeps. Need I say more?

It’s just that the 1990s-era Jeep Grand Cherokee — otherwise known as the ZJ Jeep because of the corporate code the model — tended to be a bit … well, blah. It doesn’t have the romance of a Jeep Wrangler or Grand Wagoneer.

Instead, in 2021, this is what your sad, divorced uncle drives to the local Denny’s so he can open a month’s worth of mail at his booth while he takes his weekly call from his children on a flip-phone.

So when the vulgar folks at the YouTube channel BackyardBroncos decided to turn a Jeep Grand Cherokee ZJ into a convertible by simply taking a saw to the top half of the car, you would think people wouldn’t care much. After all, this is the kind of YouTube channel where the two guys have a “Zero f***s given” flag on their fence, and it’s arguably the tamest language from the episode.

Oh, yeah, and they filled up one of the Jeep’s fluid reservoirs with beer, bleach and coins — among other things — in the second video.

I can’t warn you enough that if you’re averse to bad language, even slightly, these videos aren’t for you. If you have kids in the room, put on earphones. Make sure they’re turned low. Trust me.

In the first video, posted in mid-August, the Jeep is turned into a drop-top. Or, as one of the MENSA members in the BackyardBroncos troupe announces straight off, “It’s hot as b***s out, and we’re going to make it a f****n’ convertible.” It veers no closer to Merchant Ivory territory from there:

In the second video, which came a few weeks later, the Jeep is fully destroyed by gunning it over a jump, pouring sundry fluids in its various reservoirs, pounding it with a sledgehammer and bombarding it with F-bombs:

My IQ is 10 points lower already.

So why is this Jeep a “holy grail” — according to one writer at Jalopnik — that should have been saved from destruction? After all, the BackyardBroncos say they paid $400 for theirs. The reason is that it’s a base model with a five-speed manual transmission, something that’s insanely rare — and valuable for reasons beyond rarity.

“To most folks, it looks just like a regular 1993 to 1998 Jeep Grand Cherokee ZJ. Nothing special. And yet, here comes an argument for why it is something worth revering,” David Tracy wrote in a Sept. 6 column.

“I went out of my way earlier this year to buy a Jeep almost exactly like the one in the videos above. It’s a red 1993 Jeep Grand Cherokee ‘Base’ trim. That means it was optioned with a gray grille, thin door cladding instead of the usual ZJ cladding that ends at the base of the door, a chrome accent strip on that cladding and on the bumpers, vinyl and cloth seats, manual windows and doors, and no overhead grab handles. Most importantly, it came with a five speed manual transmission.”

Despite it being the official car of your deadbeat uncle, they’re still pretty good — at least in Tracy’s book. He argues that his Jeep is one of the best Jeeps ever made, if just because it’s “incredibly versatile.”

It’s got space, it can off-road, it’s not a chore on highways and it’s reasonably quick for an SUV of that era.

“You could say the same about most 1993 to 1998 Jeep Grand Cherokees, but these unfortunately lack one thing that this ‘Holy Grail’ model has: reliability,” Tracy wrote.

The automatic transmissions on ZJ Jeep Grand Cherokees were built by Chrysler, and they failed. A lot. In fact, your uncle  probably is calling his mechanic right now, asking him to come to the diner to give him a tow.

There were roughly 1,500 manual ZJ Grand Cherokees ever made — and those transmissions were nigh indestructible. (Unless, of course, you give it to a bunch of YouTubers who want to give the Jeep cirrhosis of the radiator.)

But wait, there’s more: “The best of the best Grand Cherokees were the base-model manuals, since the second complaint that I hear most frequently behind automatic transmission failure is failure of interior electronics,” Tracy wrote in Jalopnik. “This is why I bought my manual-window and manual-lock-equipped ZJ. I know that the thing will last until the end of time.”

I’m assuming he’s not planning on cutting off its top and hurtling it over a jump anytime soon, because we have video evidence that’ll destroy it.

Granted, the reason behind this is simple: “In any case, trashing a rare machine is definitely more newsworthy than trashing a crappy, regular ol’ Grand Cherokee, so from a click-ability standpoint, these guys nailed it,” Tracy wrote of the video, which has more than 6,800 views on YouTube.

No, it’s not a Ferrari 250 GT Spyder California. However, there’s a reason why the car community isn’t particularly thrilled over this one — and not just because this isn’t “Ferris Bueller’s Day Off,” which contained more laughs in its first minute than these clips do in 15.

These Jeeps are supremely rare nowadays, particularly because nobody thought to preserve them. This one didn’t look like it was in great shape when the BackyardBroncos peeled the top off of it, but it could have been rehabilitated. Now I doubt you could even use the steering wheel.

If only we were to find out that they’d pulled a “Ferris Bueller’s Day Off” and used a replica of a manual-transmission Jeep Grand Cherokee instead.

Alas, I doubt our boys at BackyardBroncos are that smart.

Continue reading: YouTubers Destroy 'Holy Grail' of Rare Vehicles to Get More Views on Their Channel ...