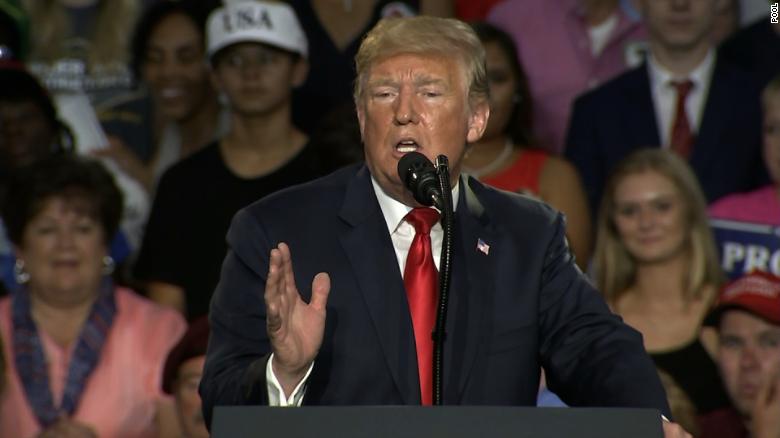 The following article, Trump Appears to Endorse Democrat for Georgia Governor, was first published on Flag And Cross.

Donald Trump is back on the campaign trail again, (despite having not yet officially announced his nigh-inevitable 2024 campaign), and he’s dropping all manner of bombastic statements along the way.

His latest rally comes to us from the Peach State, where Trump has previously had beef with Governor Brian Kemp – a staunch, Trump-ian lawmaker in many ways.  The issue that the former President has is that Kemp wasn’t interested in entertaining Trump’s suggestions regarding the results of the 2020 election in Georgia.

For that, Trump has not yet forgiven Kemp, and during his Saturday night rally in Perry, Georgia, No. 45 made a tongue-in-cheek endorsement of Stacy Abrams – a Democratic candidate for Governor that refused to concede to Kemp in their contest.

Former President Donald Trump lashed out at Georgia Gov. Brian Kemp Saturday, suggesting at a rally that Democrat Stacey Abrams “might be better” to head the Peach State.

“Stacey — would you like to take his place? It’s OK with me,” Trump told supporters of at the Georgia State Fairgrounds in Kemp.

“We don’t want her!” someone yelled from the crowd.

“Of course having her I think might be better than having your existing governor if you want to know the truth,” Trump said. “Might very well be better.”

“This guy is a disaster,” he said of Kemp at another point.

Georgia authorities are purportedly investigating former President Trump over phone calls he made to Peach State election officials during the tumult surrounding the 2020 election, which could be another reason for Trump’s reluctance to play nice.

Hey folks, Trump was joking because Kemp did such a bad job during the 2020 election. Maybe someone needs to check his bank account. Rumor has it that both he and Raffensperger got rich from Dominion software.