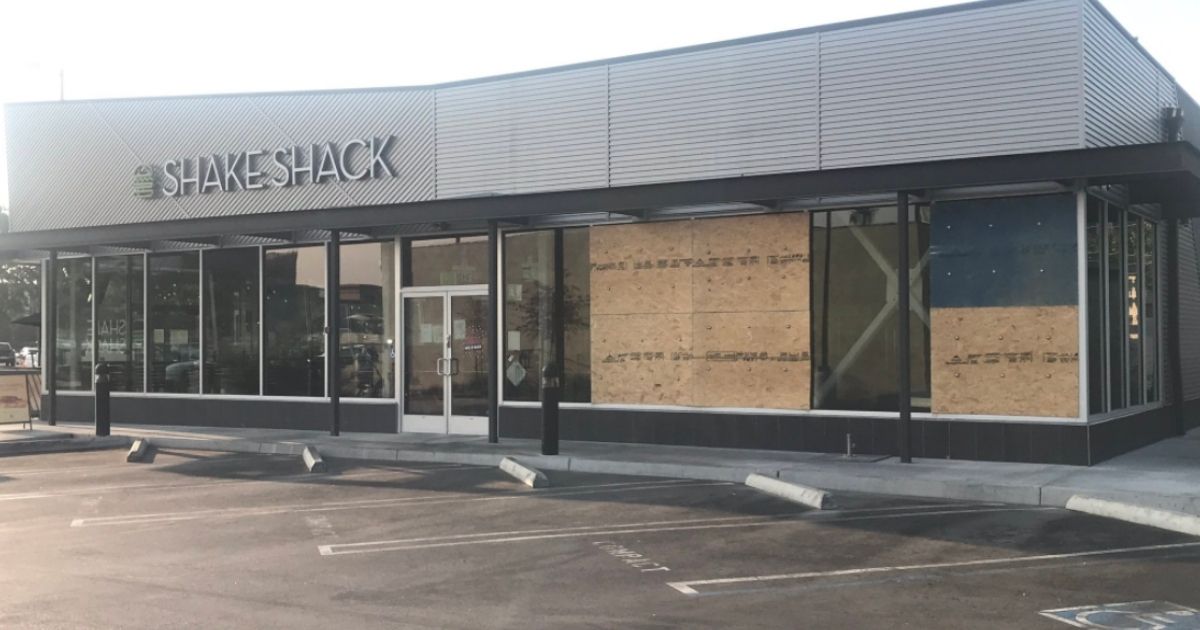 An illustration of the danger homeless individuals who undergo unfathomable mental struggles present to the wider community came from California last week when a homeless man managed to find a gun and empty it in a busy Shake Shack in Canoga Park in Los Angeles.

The Los Angeles Police Department said that although 20 people were in the restaurant at the time, no injuries were reported, according to WNYW-TV.

The incident began when a man who appeared to be homeless entered the Shake Shack asking workers for a glass of water, which was provided to him.

Then things started going downhill quickly, according to KABC-TV.

Some sort of argument took place, and the man began extending his middle finger to anyone and everyone.

“He flicked us off, acting like he was going to pull out a gun … but actually pulled out a real gun and just started shooting at all the windows and we just all ducked really fast,” employee Eli Levi said.

In a fit of rage, the suspect walked outside the Shake Shack and started shooting toward its windows, police said.

The man fired eight shots, shattering the windows of the restaurant.

Windows at Shake Shack on Topanga Canyon in Canoga Park boarded up after man ID’d by LAPD as 23-yr-old Sebastiano Cummings Cruz shot up restaurant yesterday at lunchtime. Miraculously no one was injured. Cummings, a transient, is behind bars today with $2.1 million bail. @foxla pic.twitter.com/s2pCwo41hP

As he was shooting, several customers inside, including a 10-year-old girl, hit the floor. A few employees ran toward the back door of the restaurant.

Then, with the windows in pieces, the suspect strolled away. Police later found the man in a nearby alley.

Sebastiano Cummings-Cruz, a man in his mid-20s, was arrested on suspicion of attempted murder.

Police said Cummings-Cruz lived in a nearby homeless encampment.

This is California.
This is what we need solutions for…https://t.co/H6kfdfnpEg

California is a mess been there homeless crime drugs terrible https://t.co/E40GwyFIUW

“If you leave people on the streets, to suffer on the streets, it does become kind of a survival of the fittest mentality, where there is violence one toward another,” said Rev. Andy Bales, the president and CEO of Union Rescue Mission on Skid Row, according to KABC-TV.

Prisons are safer than the streets. Prisons provide three meals a day, room and board. So yes, the homeless with no chance of getting off the streets will commit serious crimes because minor crimes don’t get them off the streets. This is going to be a continues problem and the Dems have no idea how to solve it.