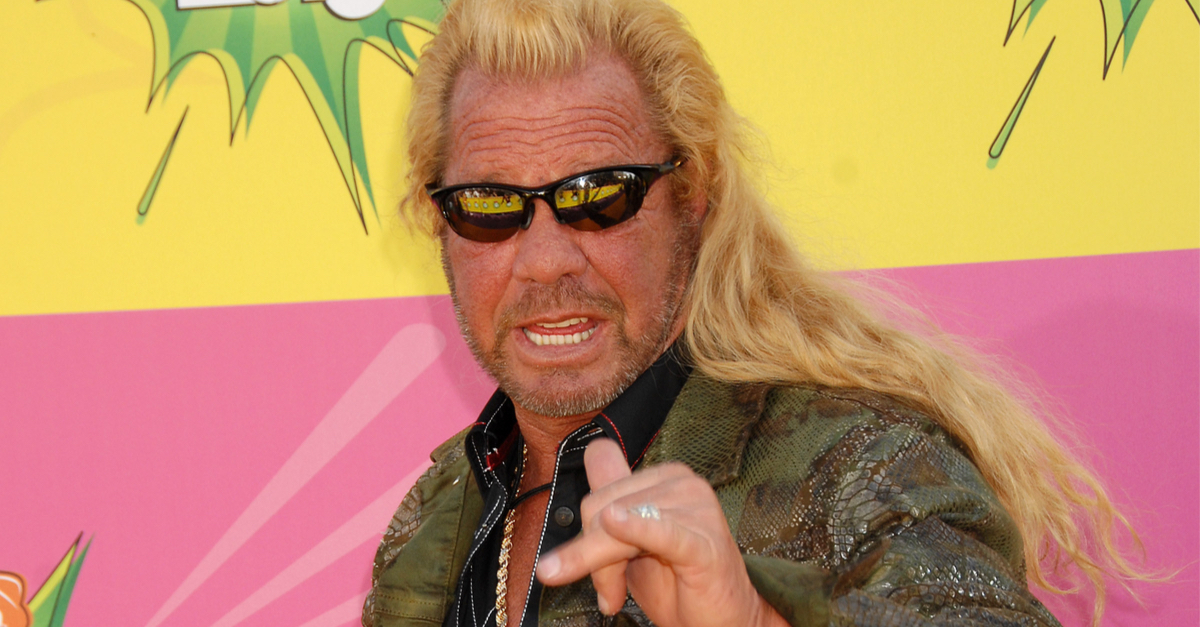 The following article, Famous Bounty Hunter Joins Search for Brian Laundrie in Florida, was first published on Flag And Cross.

The most wanted man in America may be hiding out in a Florida nature reserve, and police have spent several days scouring the vast wilderness looking for clues.

Brian Laundrie, a person of interest in the death of his fiancée Gabby Petito, disappeared from his parents’ home in North Port, Florida last week with no cell phone and no wallet.  The story was that he would be doing some hiking in the Carlton Reserve, but given the situation regarding Petito’s death, there is little doubt that Laundrie’s disappearance was purposeful.

Now, one of the nation’s most famous bounty hunters is on the case.

Dog the Bounty Hunter arrived at Brian Laundrie’s parents’ home Saturday, knocked on the door and met silence, but he’s already picked up a scent.

The reality TV star and legendary bounty hunter, whose real name is Duane Chapman, is a father of 13 who lost a daughter around the same age as Gabby Petito in a car accident in 2006. He was already in Florida on a honeymoon with his wife Francie Chapman, he said, when people began reaching out to him to look into Laundrie’s disappearance.

The television star was hoping for the best.

“And the dad can still reach out to me, through social media,” Chapman said. “Let’s get the kid captured alive. Alive.”

Laundrie has been charged with federal bank fraud after being found to have used Petito’s debit card after her death.