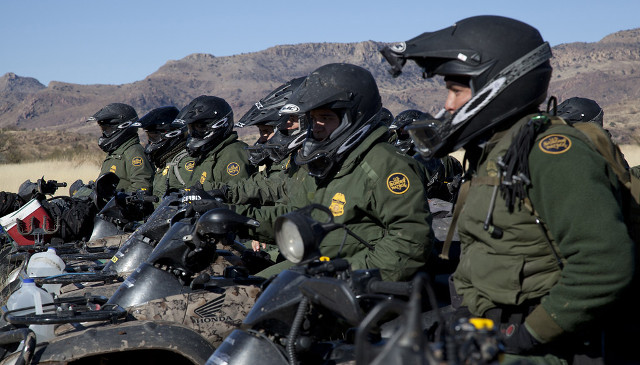 Last week, a number of disturbing images erupted at the southern border, that appeared to depict Border Patrol officer chasing migrants on horseback.

To make matters worse, the way in which the photos were presented seemed to suggest that these agents were using the reins of their mounts to “whip” the migrants, invoking imagery from a much darker time in America’s past.

Even President Joe Biden and the White House Press Secretary seemed perturbed by it, but there was one problem:  Border Patrol claims none of it is accurate.

On Friday, amid an ongoing investigation into the agents – who have now been shifted to desk duty – and a day after the Biden administration barred the use of horses in Del Rio, the president tore into those agents.

This didn’t sit well with agents, however.

Border Patrol agents were stunned and angered by the comments, which both claimed without evidence that migrants were run over and whipped, and at the same time cast a shadow over the investigation.

“Would you go to work and do your best knowing that if you do your boss is going to ‘make you pay’?” one agent told Fox News.  “I’m dumbfounded and don’t know what to say.”

The agent asked, “Is the president threatening to throw us in prison?”

Another said: “I see the administration wants to fry our agents. He just started a war with Border Patrol.”

Biden’s continued bungling of the border situation has been a key part of his flailing approval numbers of late, and this attempt to throw federal law enforcement under the bus certainly isn’t going to help either.