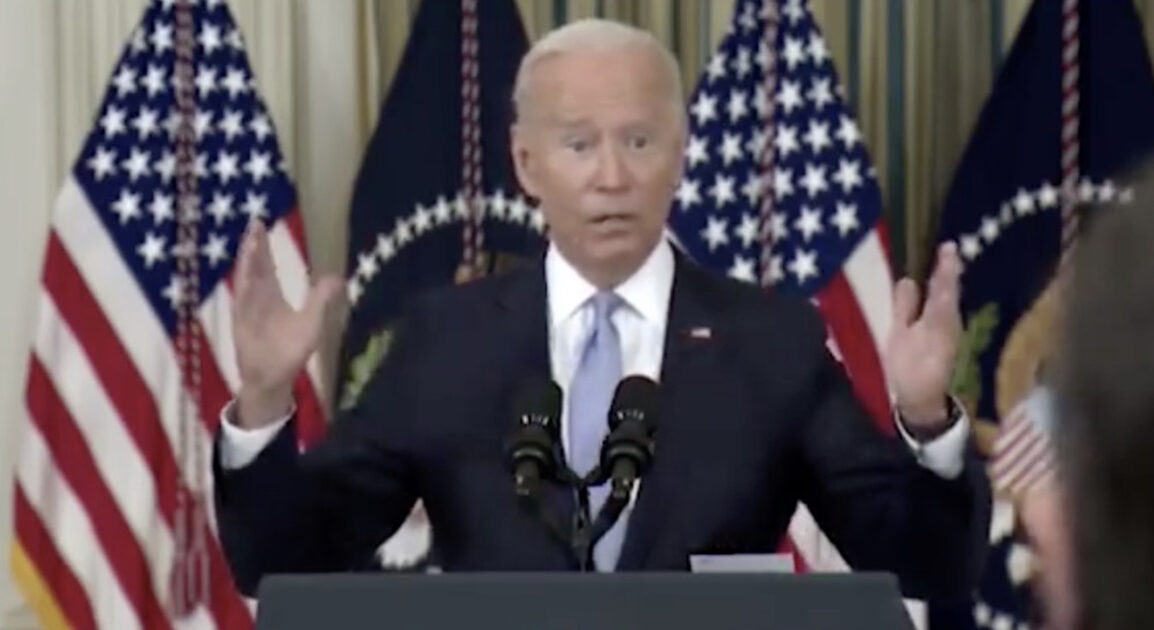 The following article, Joe Biden Claims ‘Trillionaires’ Aren’t Paying Enough Taxes, But there Are No U.S. Trillionaires, was first published on Flag And Cross.

“I’m running to change the dynamic of how the economy grows,” Biden said during a presser. “I’m tired of trickle-down. Trillionaires and billionaires are doing very, very well. You all report it.”

It is also unclear what Joe thinks he’s “running” for, unless he has forgotten that he has been crowed president of the United States.

Aside from that, though, even America’s richest person, Amazon chief Jeff Bezos, is a mere multi-billionaire with a net worth of $177 billion, according to Forbes magazine.

The president spoke about raising taxes on the wealthy after an event promoting coronavirus vaccine booster shots at the White House.

He claimed his policies for a permanent childcare tax credit were not costing the government any money.

He again pressed the issue of taxes as a moral issue, noting corporations were not paying enough.

“I just think it’s about just paying your fair share,’ he said, adding that it was “just wrong.”

Apparently, Biden doesn’t know who earns what in the U.S. Indeed, his plan would be just another broken campaign promise because it raises taxes on people making under $400,000 a year, something he said he would not do.

Democrats are well known for their inability to comprehend numbers.