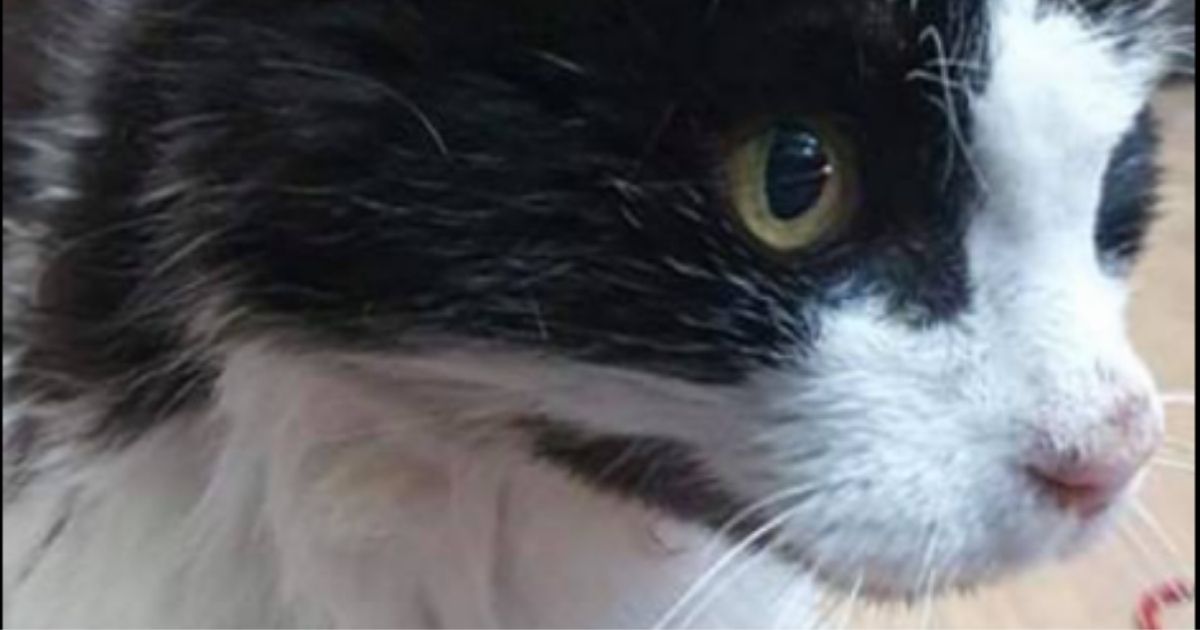 The following article, Cat Reunited with Owner After More Than a Decade; microchip a key, was first published on Flag And Cross.

In 2009, a black-and-white cat named Tom went missing. His owner, Donna White, was torn, but her boy was gone, and year after year passed without any sign of him.

There was one crucial thing White had done, though, that eventually led her cat home: She had microchipped him.

Tom somehow had made his way from his owner’s home in Cardiff, Wales, to a cemetery in the same city. While taking up residence there, he met a black stray cat, and the two became fast friends.

The locals who lived on the property fed the cats, assuming they were strays. But this year, Tom’s friend (named Dennis) was declining rapidly in health, so one of the residents, Peter, reached out to Anna’s Rescue Centre for help.

“It’s been an emotional few days,” the rescue center posted on Facebook last Saturday. “The story behind our old boys goes like this… we were called out to the cemetery because Peter was extremely worried that flies were settling on and taking over Dennis’ body, he was getting weaker and weaker. We went and picked them up straight away, we all thought that it was going to be a case of making these boys comfortable at the cattery for their final days.

“These boys are very old, the flies must have sensed death was near and used Dennis’ body to lay their eggs. A living vessel their offspring could thrive on. Absolutely horrid. He would have surely been dead within days if it hadn’t been for Peter calling us.”

While Dennis didn’t have a microchip when scanned, Tom did — but the details hadn’t been updated. The rescue center sent out a plea for help.

“Using the power of social media,” they posted on Facebook on Sept. 16, “we are looking for a lady with the last name WHITE. Who lives or used to live on Claude Road. Cardiff. This lady’s cat Tom went missing 12 years ago!!! We have him here safe and sound!!!! Details aren’t up to date. I guess many would lose hope after such a long time. But hope is everything.

“Please share, let’s make a dream come true and give everyone with a missing cat hope.”

Donna White saw the post, and the result was both a beautiful reunion 12 years in the making and a bonus adoption that took place on Sept. 17. White spent hours reorganizing her home so that Tom and Dennis could have their own room.

In the reunion video, Tom looks like he’s pretty unmoved by his owner’s presence and tears, but the rescue team shared an amusing explanation.

“The whole time mum lay there crying with happiness, overwhelmed with emotion, tom was having a ‘stare off’ with the cat in the pen beside him,” they wrote.

“Mum leaned down to kiss him, he sort of acted like ‘woah, im trying to act hard here mum’. I absolutely love cats attitude towards life. After he finished showing the cat who’s boss, it was then he started purring and getting involved with the reunion.”

Tom is now 20, and Dennis doesn’t have much time left — but after medical attention he’s doing better. Both cats will be able to live their last days in comfort, being loved on by White and getting all the care and food they need.

Continue reading: Cat Reunited with Owner After More Than a Decade; microchip a key ...

Is this a heartwarming story of a pet reunited with an owner OR a preview of what’s to come for us??? “Microchip good” the android tells you as it installs one in your hand – or forehead.