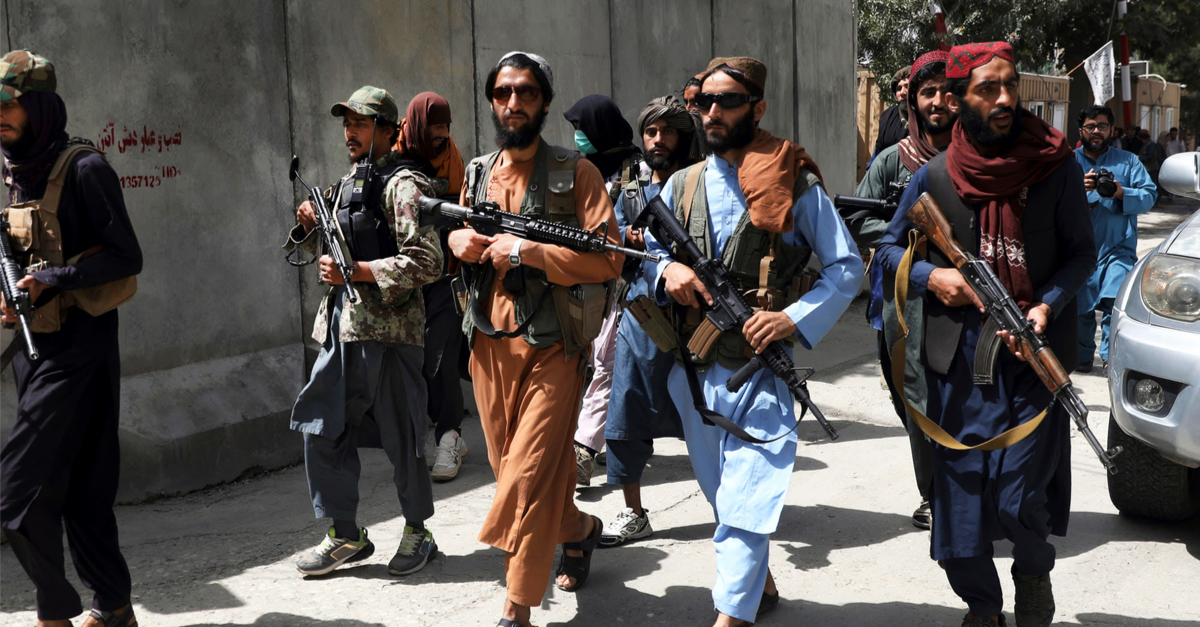 The following article, Biden Should NOT Allow Taliban To Join United Nations, was first published on Flag And Cross.

Does it seem strange to anyone else that the Taliban — the TALIBAN — is sending ambassadors to represent Afghanistan in the very same city whose skyline they helped destroy?

Twenty years ago, the Taliban played a role in supporting Bin Laden and Al Queada in their terrorist project of bringing down the Twin Towers. Under Biden, they want to be counted among the ‘world leaders’ sending ‘ambassadors’ to the very same city they tried to destroy. Biden however, has been silent.

Are there any OTHER drug kingpins being granted diplomatic immunity as they come through New York’s international airports? Surely the fact that Afghanistan remains the world’s leading supplier of heroin means something, or that India just intercepted a shipment worth nearly $3 Billion. While World Leaders Discuss ‘Legitimizing’ Taliban Government … India Is Seizing Their Heroin Shipments

Democrats have blocked a Republican bill that would classify the Taliban as a terrorist group. And their BFFs in the UN are faced with a decision of whether to welcome the Taliban as the legitimate leadership of a peer nation.

Considering their reaction to the coup in Myanmar this year, that would be a strange position for them to take…

The United Nations independent human rights expert on Myanmar has called on the Security Council for “decisive and unified action” against the military junta, including targeted sanctions and an arms embargo.

Of course, they won’t take a position if their people a too busy chopping off the heads of Afghans they don’t like or forcing young girls into sexual slavery. Unless, of course, the same people that turned the WHO into little more than a wholly-owned subsidiary of China’s Communist Party apparatchiks tell them to take a position.

We did all notice, didn’t we, that while the West was closing their Kabul embassies and getting out of Dodge, China and Russia stayed put and openly welcomed the new regime.

The Taliban has named its United Nations ambassador and has requested speaking time at the U.N. General Assembly in New York this week in a bid to officially represent Afghanistan just weeks after taking over control of the country.

The Associated Press reported the Taliban are challenging the credentials of Ghulam Isaczai, the U.N. ambassador who served under the western-backed Islamic Republic of Afghanistan.

It makes you wonder how New Yorkers will feel about the Taliban adding insult to injury by landing in their city as ‘ambassadors.’ Afghanistan’s elected government had representation in the UN. As of last year, they even had a seat in, well, see for yourself:

Afghanistan has secured a seat at the United Nations Commission on the Status of Women (CSW) for the first time in its history, the South Asian country’s Permanent Mission to the UN announced on Tuesday.

Afghanistan received 39 votes to find a place at the prestigious body, which is dedicated to the promotion of gender equality and the empowerment of women globally. India also secured a seat.

Oof. This is awkward.

The Taliban has stripped women of any place in their society. HEY JOE: Taliban Just Fired All Female Government Workers … Now What?

If Biden’s people had anything resembling a spine, there IS something they could do about it.

The United States sits on the U.N.’s credentialing committee and a senior State Department official told the Associated Press the committee “would take some time to deliberate” the Taliban request. The official indicated it is unlikely the Taliban will see their credentials approved in time to speak this week, when high-level leaders address the U.N. before the main work of the General Assembly begins.

The Washington Examiner reported a State Department official said “The Credentials Committee generally have taken some time. I’m not going to predict how long it’s going to take this time. I would note that the broader General Assembly goes on for some three months. High-level week, obviously, is just this week, and I don’t expect this issue to be resolved within high-level week. But, you know, watch the space.” —AmericanMilitaryNews

If Biden’s people have the slightest amount of testicular fortitude between them, they could put a stop to that. But we’re not expecting anyone on Joe’s team to sound like Nikki Haley did.

And, for that matter, the way she still does:

Built on her years as former President Donald Trump’s U.N. ambassador and influenced by her husband’s and brother’s military service, she believes that the terrorist group cannot be trusted, and she’s worried that President Joe Biden will recognize the Taliban to move past the 20-year war.

To help make her case, Haley and her Stand for America advocacy group have created a petition that urges Biden to hold firm against the regime. The petition already has 65,000 signatures, including people from every state, and the group plans to deliver it to the White House soon.

…“But, as Americans, we can demand strength moving forward which starts by refusing to recognize the Taliban as a legitimate government and ensuring they never see U.S. aid dollars. The Biden administration needs to step up to deny these terrorists any credibility while rallying other countries to do the same,” she added.

But we are talking about weak Joe Biden, who spent most of his career as a racist. It is doubtful that he will care.