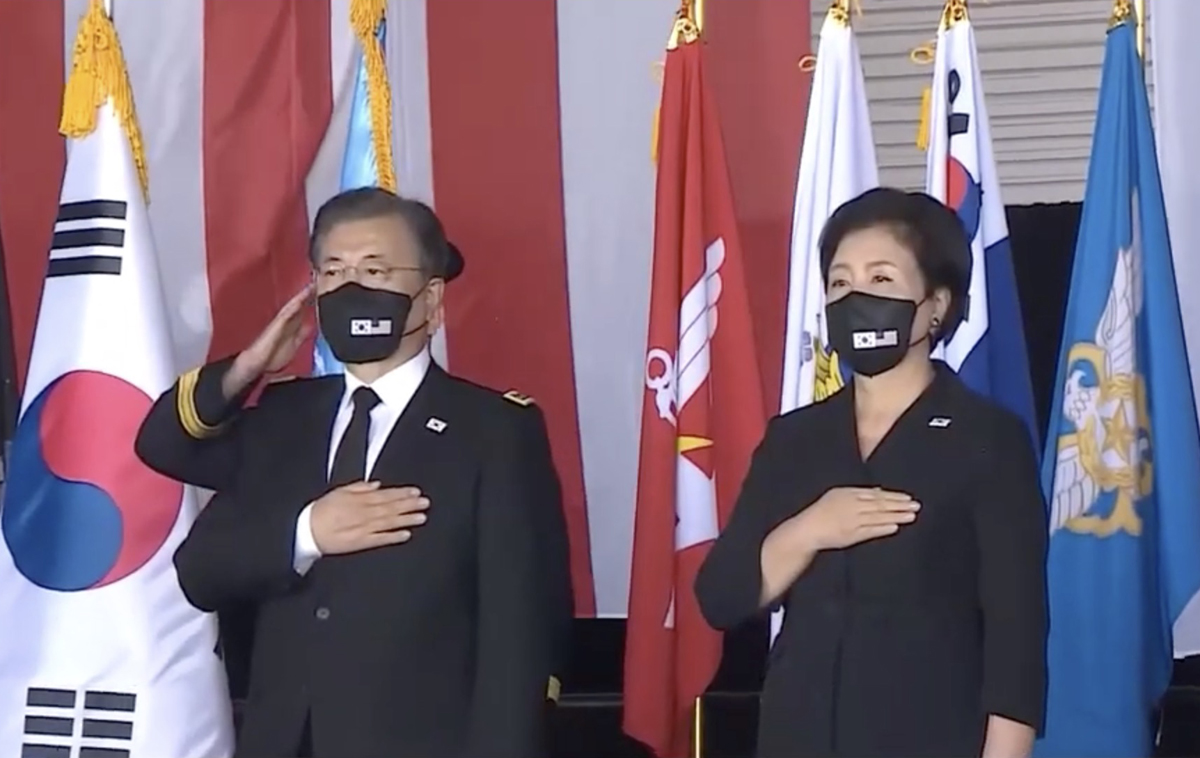 The following article, So. Korea Repatriates Remains of U.S. Soldiers to Hawaii, Biden Admin Sends No Representatives, was first published on Flag And Cross.

The country of South Korea repatriated the remains of several U.S. soldiers who died fighting the Korean War, yet the Biden admin. sent no representatives at all to the ceremony.

In yet another Democrat slap in the face to our armed forces, Biden sent not one single representative to accept the gift of the remains of our brave soldiers when South Korea’s President, Moon Jae-in, and his wife, landed in Hawaii for the repatriation ceremony.

The South Korean dignitaries were met by a military honor guard when they arrived on the island of Oahu on Tuesday. But no member of the federal government was there to greet them.

The ceremony was properly solemn. Jae-In presented the remains of six U.S. soldiers whose remains were discovered recently after they had died decades ago in the 1950 to 1953 war. Jae-In also bestowed distinguished service medals posthumously to two Korean immigrant soldiers that day.

And, again, Biden sent no one.

They attended the first-ever joint repatriation ceremony at Joint Base Pearl Harbor-Hickam in the afternoon.

There, the remains of 68 Republic of Korea soldiers and 6 U.S. service members who died during the Korean War were returned.

The ceremony was held to honor those fallen warriors 71 years since the start of the Korean War on June 25.

While Admiral John Christopher Aquilino was on hand, as he should have been, there should also have been at least someone from Biden’s regime.

This is just another example of how Democrats don’t care about our soldiers.

Not to mention this slap at South Korea’s president who made this personal gesture.

Didn’t liberals tell us Biden would be better for our allies?