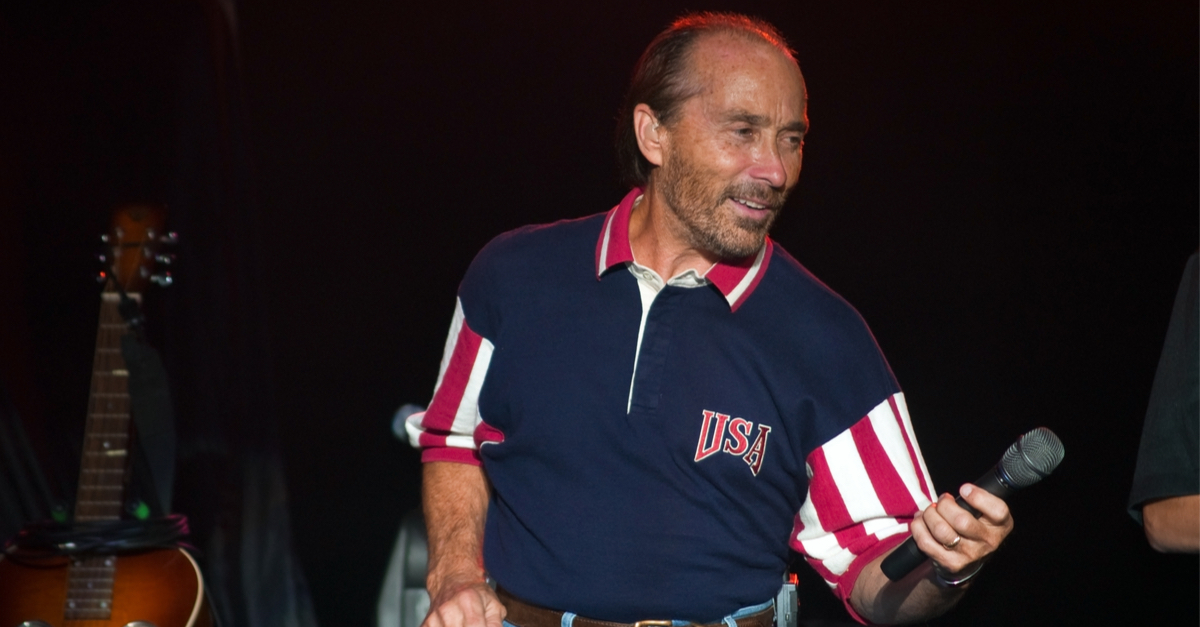 The following article, Lee Greenwood Booted from Arts Council by Biden Administration, was first published on Flag And Cross.

If there is one thing that the Biden administration is superb at, it’s putting its foot right in its mouth.

Maybe this was to be expected.  Biden is, after all, the most gaffe-prone President that our nation has ever seen.  But the sheer ignorance the team maintains for PR issues is still astounding, and this week was no exception.

Greenwood was first appointed by President George W Bush in 2008. Greenwood was reappointed to six-year terms by both Presidents Barack Obama and Donald J Trump.

“You know, it’s a six-year appointment and I was appointed by George W. Bush 43,” Greenwood told Fox and Friends. “So I served under his term. Also, President Obama’s term. Of course, President Trump’s term.”

Greenwood was shocked by the move.

The singer’s most renowned hit was “God Bless The USA”, and was a feature of a great many of Donald Trump’s political rallies, making this move by the Biden administration appear terribly petty.

But, for a White House that appears to be completely unaware of their own image, why would we expect anything different?

Not just him but every person appointed by Trump on all similar advisory boards.