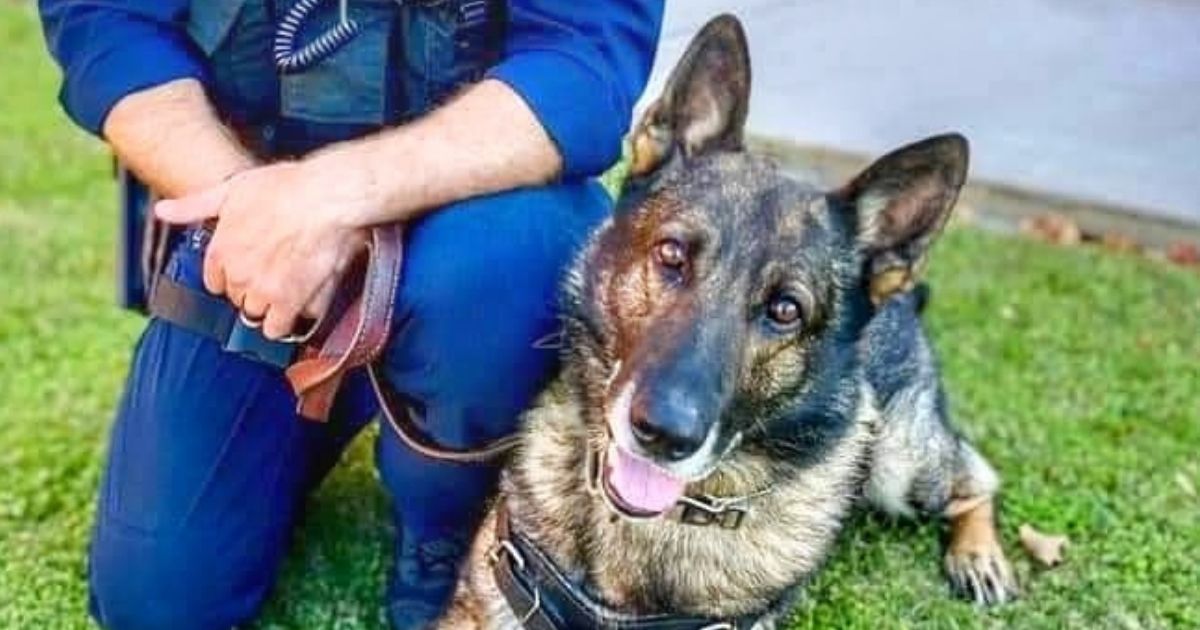 The following article, K9 Fighting for Life After Being Shot Several Times in Line of Duty, was first published on Flag And Cross.

Early Wednesday morning, police in Cleveland, Tennessee, started to get calls about people trying to break into cars at an apartment complex.

According to a series of tweets from Caroline Corrigan with WRCB, the reports started coming in around 1:40 a.m., but when police arrived, the suspects fled.

“A deputy with the Bradley County Sheriffs Office spotted the vehicle on I-75 near Exit 25,” she tweeted. “Suspects took Exit 20 and fled on foot in the woods behind a car dealership.

“K9 Joker was sent after the suspects into the woods. Shortly after, an officer heard a gunshot. Joker was found injured.”

The K9 had been severely injured and was rushed to get medical care. Meanwhile, the search for the suspects continued.

The suspects stole a blue and silver Lexus IS 250 that was left unlocked, and police tracked them to Chattanooga. Police and a SWAT team arrested around eight people, according to what one eyewitness told WRCB-TV.

“I was making breakfast and I looked up and I saw these police literally right in front of my house,” neighbor Shinerra Benford said. She filmed the encounter and posted it on social media.

The Bradley County Sheriff’s Office released a statement about the incident and the dog’s condition, which was shared by the Sheriff Deputies Facebook page.

“Please keep BCSO Deputy Eduardo Choate and K9 Joker in your prayers,” the post read. “It is with a heavy heart that we share K9 Joker was shot while in the line of duty earlier this morning and is undergoing surgery due to his life threatening injuries.

“K9 Joker has been in service for 5 years and is a cherished, loyal, and devoted BCSO family member.

“We are thankful that his handler was unharmed during the incident and are hoping the surgery will be sucesssful. K9 Joker is truly our hero.”

In an interview, Evie West with the Cleveland Police told WTVC-TV that the dog’s prognosis is not looking good.

“From what it looks like, we don’t think he is going to survive the injuries,” she said. “We’re hopeful for that, but … I’m not sure the quality of life that K9 Joker will have after this incident.”

By noon on Wednesday, following surgery, the BCSO gave another update on Joker’s condition.

“The Bradley County Sheriff’s Office would like to thank everyone for their kind messages during this time,” they posted on Wednesday around noon.

“K9 Joker is currently out of surgery and in semi-stable condition. He will continued to be monitored over the next 24 crucial hours.”

While the dog is fighting his own battle and time will tell whether or not he will pull through, he’s being aided by the prayers of thousands who have seen his story and are rooting for the four-legged hero.

Continue reading: K9 Fighting for Life After Being Shot Several Times in Line of Duty ...