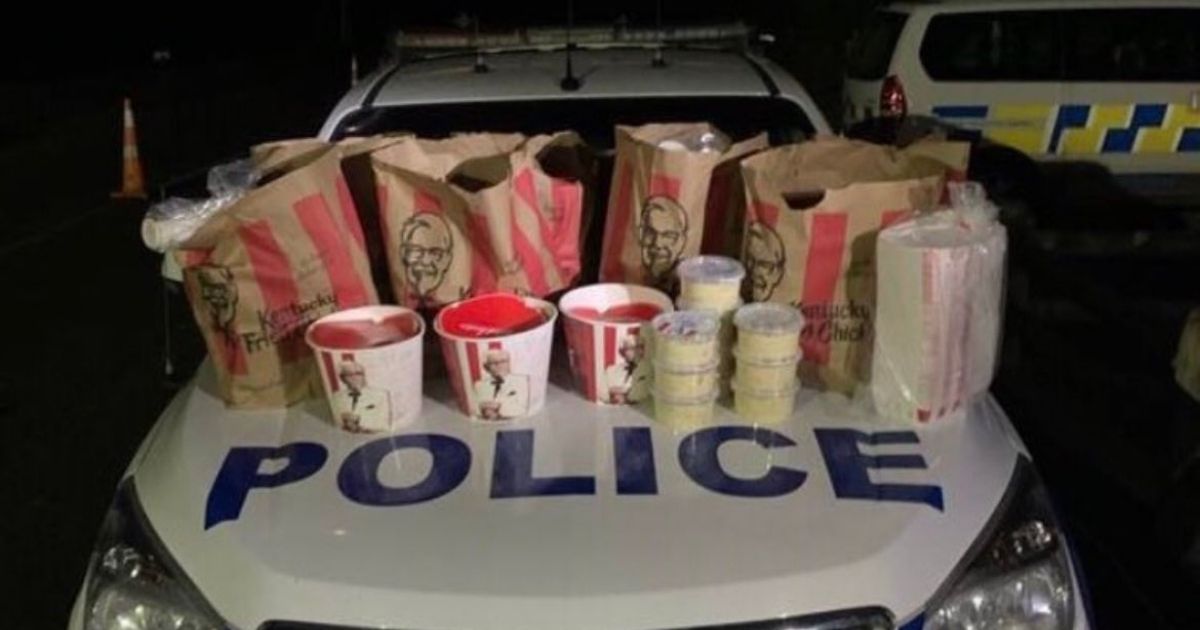 The following article, New Zealand Men Arrested After Trying to Smuggle KFC Into City in Lockdown, was first published on Flag And Cross.

Oppressive government mandates have accomplished creating what appears like a lucrative market for fried chicken in New Zealand.

Parts of the island country are under such a strict COVID lockdown that restaurants are closed, which led to the recent arrest of two men who were allegedly carrying a trunk full of cash and KFC chicken in the wrong city.

Before we dig into the details, we should note that this story is not satire and was not written for TV. While the adult animated show “South Park” actually created an episode several years ago with a plot centering on KFC being banned — which led in the episode to a black market for food from the restaurant — this is actually what New Zealand has become.

The U.K. Daily Mail reported that while most of the country is now open, the city of Auckland is still under a strict Alert Level Four COVID lockdown. Alert Level Four comes with significant limits regarding what people who once probably saw themselves as free can do.

This includes eating at restaurants. But while KFC locations are closed throughout Auckland, that isn’t the case for other areas of the country.

Apparently, some gang members who were already armed with a ton of cash saw an opportunity and seized upon it. The Mail reported that recently officers spotted a car with two suspected gang members inside driving suspiciously.

Police pulled over the car and found the equivalent of $100,000 in cash and some contraband fried chicken. The cash was confiscated, as was the Colonel’s chicken and its 11 secret herbs and spices.

Story (and pics) of the day

Police in NZ arrest two gang associates busting through Auckland’s border w a heap of cash and a boot load of KFC. pic.twitter.com/lwpaff8OpA

The two men had apparently come from the city of Hamilton, which is under a less stringent level of lockdown. They drove the hour-and-a-half to Auckland where fried chicken is at the moment off the table, but they reportedly sensed an opportunity.

What do New Zealand’s lockdown levels look like? Auckland’s people are really struggling, according to the country’s alert system.

“Stay home in your bubble,” under Alert Level Four, the government says on its website, warning: “No travel is allowed except for necessities or to undertake safe recreational activities. You must work and learn from home.”

The government also cautions people that no gatherings of any kind are allowed and that nonessential businesses must close. This includes restaurants such as KFC.

Those are definitely some harsh rules. But if there’s one thing we know about criminals, especially alleged gang members, it’s that they don’t always play by the rules.

We can’t verify that these men were criminals before they crossed a boundary with a car loaded with, among other things, fast food. But they face numerous charges. Police are still investigating.

The real story here is what has happened to New Zealand? Under current rules, anyone who came into Auckland with restaurant food would be a criminal.

Those leading New Zealand through the coronavirus pandemic ought to be publicly shamed. So, too, should people who have allowed themselves to become government subjects throughout parts of the last year-and-a-half. Auckland has been under lockdown for 117 days and “more than 86” people have been busted over refusing to adhere to this insanity, according to the Mail.

When your country is generating headlines about an illegal, black-market KFC ring, you’ve officially accomplished turning an episode of “South Park” into real life. This story belongs in The Babylon Bee or on Comedy Central.

But because of government power grabs, and people’s patience with them, New Zealand has managed to become an example of what it looks like when satire becomes reality.