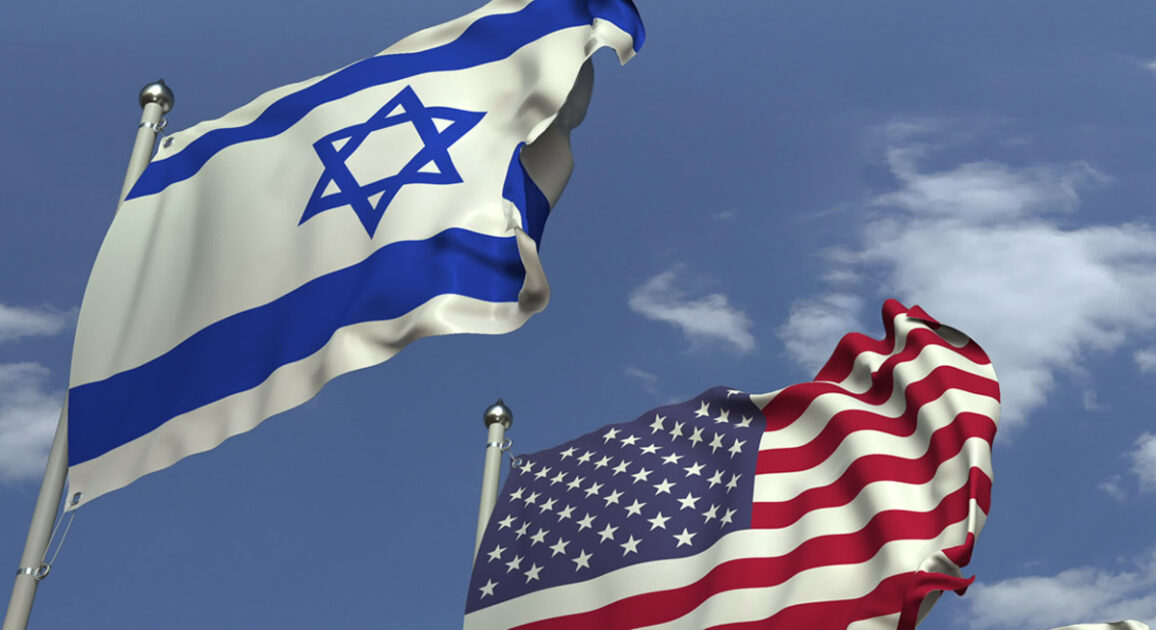 Until today, Sept. 21, the Democrats’ stopgap spending bill that the House plans to vote on this week included $1 billion for Israel’s Iron Dome defensive anti-rocket system. A group of progressive Democrats threatened to block the legislation unless the defensive aid was withdrawn, continuing the anti-Israel policies which have dominated the Democratic Party since Barack Obama became POTUS.

To put that $1 billion in context, President Biden left over $80 billion worth of military equipment behind for the terrorist Taliban during the Afghan pull-out.

According to Politico, the group that threatened to block the continuing resolution unless the defensive funding for Israel was removed. included Rep. Mark Pocan (D., Wis), the Squad, and other members who signed onto unsuccessful legislation to block arms sales to Israel in May and have made both Anti-Israel and Anti-Semitic statements in the past.

Iron Dome and is not an offensive system. It shoots down rockets aimed at Israel. Since the system was first implemented in 2011, it has shot down thousands of rockets heading toward Israel and saved countless civilian lives.

Not mentioned by the people objecting to the Iron Dome spending is that part of the population that Iron Dome protects are Israeli Arabs.

Most of the rockets fired toward Israel and shot down by Iron Dome have come from Gaza. The rocket firing is pure Anti-Israel terrorism and has nothing to do with what the liberals like to call “occupied territory.” Israel pulled out of Gaza 16 years ago in August 2005. Hamas rules the Gaza strip.

With their fight to remove the defensive Iron Dome funding, the Democrats were displaying their agreement with this part of the Hamas charter:

The Introduction to the Hamas Charter calls for the destruction of Israel and the killing of all Jews, saying in part, “Israel will exist and will continue to exist until Islam will obliterate it, just as it obliterated others before it” The Charter also talks about defeating the “Zionist invaders” and setting up an Islamic Caliphate (yes, just like ISIS) run by “Islamic Sharia.” As for the Jews, the charter adds, “The Day of Judgement will not come about until Muslims fight the Jews. When the Jew will hide behind stones and trees, the stones and trees will say, “O Muslims, O Abdulla, there is a Jew behind me, come and kill him. Only the Gharkad tree, would not do that because it is one of the trees of the Jews.”

All is not lost because the funding may come back. Per the Hill:

A spokesperson for House Appropriations Committee Chairwoman Rosa DeLauro (D-Conn.) said that funding for the Iron Dome “will be included in the final, bipartisan and bicameral” defense funding bill later this year.

Rep. Josh Gottheimer (D-N.J.), a leading centrist, expressed frustration that the Iron Dome funding was being removed, but stopped short of threatening to vote against the bill.

“The Iron Dome protects innocent civilians in Israel from terrorist attacks and some of my colleagues have now blocked funding it,” Gottheimer tweeted. “We must stand by our historic ally — the only democracy in the Middle East.”

I would imagine that DeLauro’s promise will only be kept if the Anti-Israel reps who have the power in the Democratic Party can be convinced to change their “minds.”

Only part of the reason Israel is a historic American ally is that it is the only Democracy in the Middle East. But more than that, the Israel-American friendship is a two-way street. Israel has contributed to American security through counterterrorism training, intelligence sharing, and military innovations as unmanned aerial vehicles and missile defense. Israel continues to make advances in those areas and share them with the U.S. This is even more important now that Joe Biden has totally pulled out of Afghanistan, removing one of our most essential listening posts in the Middle East.

Israel has also shared its advances in the high-tech medical sectors that have helped maintain American economic competitiveness and communications with Americans. Israel’s breakthroughs in irrigation technology have helped American farmers to feed the world.

Note that the missiles U.S. used for the Iron Dome defensive system must are produced in the U.S (by Raytheon). Therefore, the Democrats are not only screwing our important Israel ally but they are hurting American Jobs.

Despite a relationship that helps Israel and America, the Democratic Party has been filled with Israel haters and anti-Semites for over a decade, the media hasn’t covered the hatred.

Why has the Democratic Party become the anti-Israel party? The only honest answer is that it is the fault of much of the American Jewish community. They have proved the famous words of Ze’ev Jabotinsky, who said, “It is incredible what political simpletons Jews are. They shut their eyes to one of the most elementary rules of life that you must not ‘meet halfway’ those who do not want to meet you.’

Voters influence candidates’ positions. The majority of Jews in the US continue to vote Democratic despite their anti-Israel and anti-Semitic comments. And the party knows they will still get the Jewish votes despite their policies of hatred.

President Biden today: "The commitment of the United States to Israel's security is without question…"

Speaker Pelosi JUST caved to the socialists and yanked funding for Israel's Iron Dome from the government funding CR bill.

Dems can't even keep a promise for 24 hours.

Once again, the radical left shows their blatant disregard for supporting our ally Israel and Israel’s right to defend itself against Hamas terrorists. https://t.co/E68v43dtSQ

While Dems capitulate to the antisemitic influence of their radical members, Republicans will always stand with Israel.

Two years ago—70 Republicans & Democrats stood at an Iron Dome defense battery in Israel. For Repubs, it’s a reminder we will always stand with Israel.

For Dems, it apparently was nothing more than a photo op. Yesterday, every one of them voted against funding for the Iron Dome. pic.twitter.com/rJ91q9lIVD

President Biden proclaimed to our allies that "America is back," but since then he has abandoned Americans & allies in Afghanistan, weakened our relationship with France, and now his Party has let down Israel — our closest ally in the Middle East. https://t.co/nwGAOzkYpU

for Israel's Iron Dome after pushback from radical leftists like @AOC, @Ilhan, & @RashidaTlaib.

This will put Israel in danger & will further embolden countries that wish to see Israel wiped off the face of the Earth.

Iron dome rocket interceptors need to be restored and that’s why funding was included as part of the negotiated package.

Speaker Pelosi just caved to progressive activists and stripped $1 BILLION is security assistance to Israel from the CR. House Democrats, led by the Squad, now oppose Israel’s right to self-defense. This is the most radical Democratic Party in our lifetime.

We Stand With Israel!

Former VP Mike Pence who was a big supporter of Israel throughout his congressional years added his voice blasting the Democrat’s action:

This is a disgrace! House Democrats voted to cut $1B in funding for Israel’s Iron Dome, the missile defense that saved thousands of lives as Hamas rained rockets on innocent Israelis this year. Restore Iron Dome Funding Now! America stands with Israel

The Democratic Party action provides additional evidence that people who support Israel and/or oppose Antisemitism should be voting Republican.