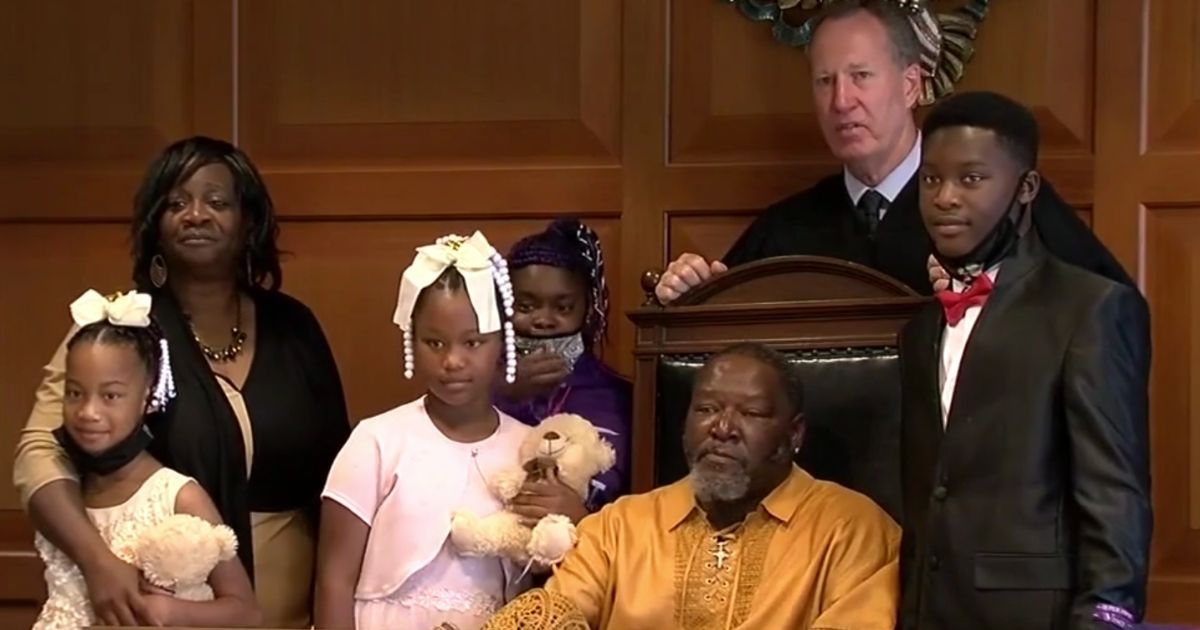 When Karen and Tobias Thompson were married in 2014, they had a combined total of seven adult children, 28 grandchildren and three great-grandchildren.

“There’s never been a dull moment,” Karen told Fox News of their family. “But my grandkids, I can send them back home.”

The couple, both 55 and from Cincinnati, Ohio, said their kids are all doing well and thriving — but they had no idea they were about to start over from square one and grow their immediate family.

“We had an empty house, an empty nest, and then we ended up with the four,” Karen said.

It started when the couple found out that Karen’s twin niece and nephew, Wilnya and William, now 14, were experiencing difficulties at home in 2015.

So they welcomed them in.

A year later, they found out that the twins’ half-sisters — another set of twins, Sharnia and Sharleathea, now 9 years old — were being bounced around in the foster system.

So the couple had the younger set of twins visit. They enjoyed their stay so much that “they didn’t want to go home, back to the other foster home,” according to Karen.

“I love my Gigi so much that I’ve been wanting to live with her since we got to her house,” Sharnia confirmed, according to WCPO-TV.

It was Tobias who said it first: He suggested they become foster parents so that all four siblings could live with them and have consistency, family and love in their lives.

So they did. It took some work for the empty-nesters to get back into a child-rearing mode, but Karen said it’s been a blessing overall.

“Now that we have our own kids again and are raising them together, it’s a good thing, but it’s a challenge, too,” Karen admitted.

“We give them that time and attention. Even though we have two full-time jobs, we still make time for them.”

On Sept. 9, the couple made it official and adopted all four siblings.

“You can see the difference,” Karen said. “They have been through a lot … this is the light at the end of the tunnel.

We, too, are grandparents who have stepped in when our children’s efforts have failed, all I can say is “BLESS YOU” !!!

It’s a shame this happens, but it does. God bless you for taking in your grandchildren and providing them a loving and secure home.

What a wonderful and loving couple! May God continue to bless and keep them for their giving hearts and for giving all 4 of these children a loving and secure home.