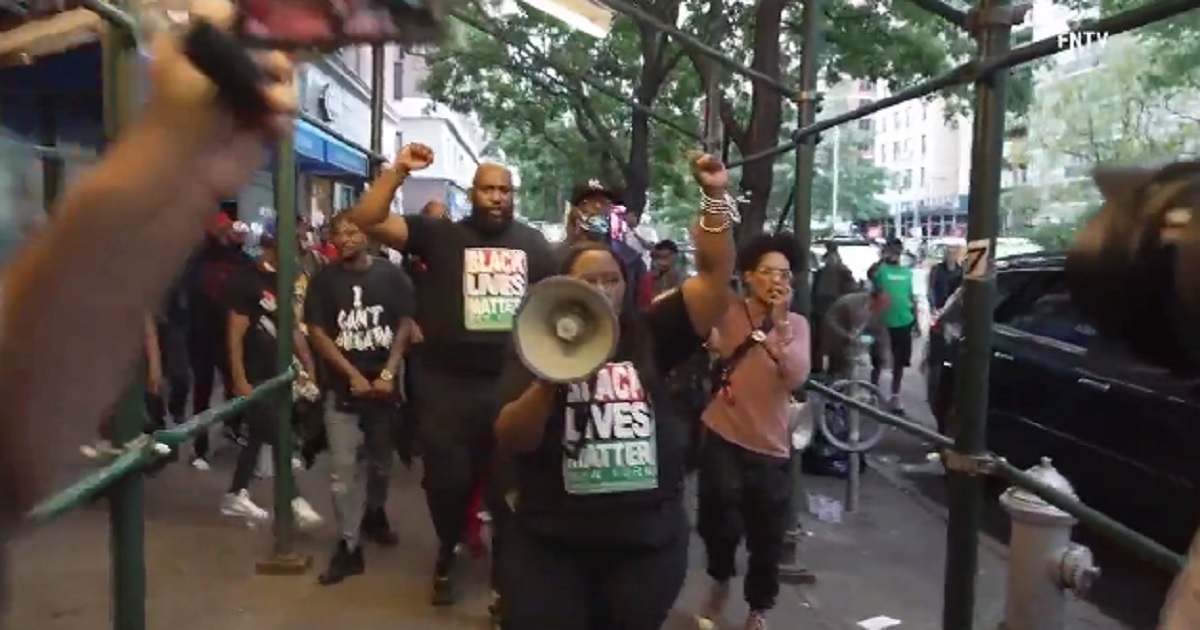 These are the kinds of numbers that could add up to trouble for President Joe Biden’s Democrats.

A Morning Consult poll released Wednesday shows the president’s approval rating has dropped among the party’s most loyal voting bloc.

And, as usual, Biden has only himself to blame.

The poll found Biden’s disapproval rating among black voters had risen to 24 percent since his Sept. 9 announcement that any business with more than 100 workers would have to require employees to receive a COVID-19 vaccine or impose weekly COVID-19 tests.

For Biden’s slavish supporters in the establishment media, it was a way to telegraph strength in the face of the continuing pandemic — and signal very clearly to Americans still resisting the vaccine that his “patience is wearing thin.”

It turns out his support among black voters is wearing thin, too.

According to Morning Consult, “the president’s net approval rating — the share who approve of his job performance minus the share who disapprove — has fallen 12 percentage points among Black voters, driven by a 17-point drop among unvaccinated Black voters.”

Of course, Biden has healthy support among traditionally Democratic black voters. He still has a 71 percent approval rating among them, according to Morning Consult.

But the poll has to be worrisome for Biden’s party looking ahead to 2022. As Morning Consult put it, the results provide “a stark warning sign for Democrats ahead of next year’s midterms.”

“While Black voters, who helped push Biden over the top against President Donald Trump in key states last year, are unlikely to abandon the Democratic Party en masse to back Republicans on the ballot next year, low turnout from the group could have dire consequences for Democrats in Congress, who already face an early enthusiasm gap,” Morning Consult noted.

Black Americans have the lowest vaccination rate of any American ethnic group, according to Morning Consult.

Fifty-three percent of blacks have gotten the shots, compared to 66 percent of whites and 61 percent of Hispanics. A group Morning Consult characterized as “other,” presumably mostly Asians, leads with a reported vaccination rate of 72 percent.

(Other sources, such as Bloomberg, show different vaccination numbers by race, but the overall trend holds: The black population is trailing.)

A variety of reasons have been offered for the lower vaccination rate among blacks — from the longstanding distrust of the medical establishment (see the Tuskegee experiments) to the questionable claim by rapper Nicki Minaj that the vaccine made her cousin’s friend impotent.

Obviously, some explanations have more validity than others, but there’s no denying Biden’s heavy-handed approach to vaccine skepticism is hurting his chances with an electorate he and his party rely on.

It’s no secret that Biden’s floundering presidential campaign was revived in the Democratic primary in South Carolina, where an endorsement from Rep. James Clyburn, a leader of the country’s black political establishment, powered Biden to a blowout victory in February 2020 and essentially won him the party’s nomination.

If Biden and, by extension, his party are losing support among black voters, it could wreak havoc on Democratic campaigns in the 2022 midterms.

Democrats have a majority in the House by a handful of votes; that could easily change if swing districts go red next year.

With the Senate tied and Democrats controlling it by virtue of Vice President Kamala Harris’ tie-breaking vote, it would only take a net loss of one seat for Democrats to forfeit the chamber — and doom the progressive agenda (if West Virginia Sen. Joe Manchin hasn’t done that already).

The plight of Democrats has certainly not been helped by an incident in New York City this week, where three black women were arrested following a melee at a restaurant that started after members of the women’s party could not show proof of vaccination.

The fracas led to a Black Lives Matter group demonstrating against vaccine mandates.

“Cancel Carmen” Chant as BLM marches through and confronts UWS restaurant Carmines accusing them of lying about what happened in a viral video pic.twitter.com/nA9iCmFxPf

In short, for Biden and the de facto totalitarians who make up his party’s leadership and radical left wing, a serious hemorrhaging of black voters means serious trouble.

His disastrous withdrawal from Afghanistan infuriated the U.K. government, and his ham-handed handling of a submarine deal with Australia led France — France! — to recall its ambassador from Washington for the first time in the two countries’ long shared history.

Of course, a year is an eternity in politics.

But Biden and his gang have done nothing over the past nine months to indicate they’ve learned anything, or care to learn anything, from the administration’s dismal record of failure — from the southern border to Afghanistan to the stalled economy.

If Biden continues to alienate his party’s most dependable voting bloc, election night next November could be a nightmare for Democrats.