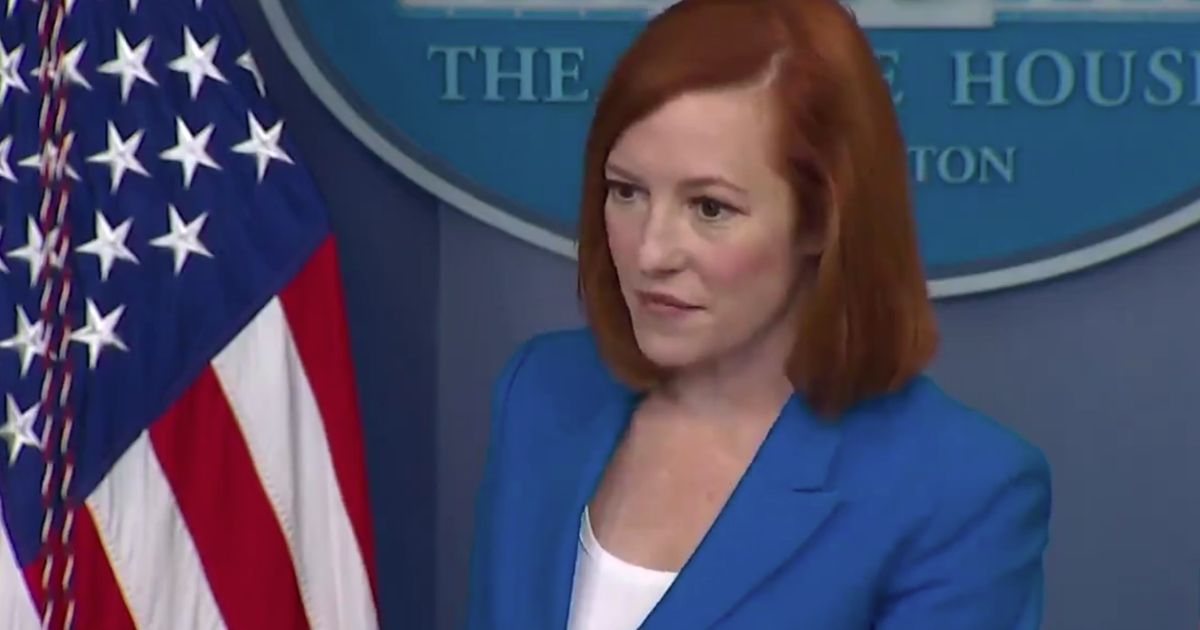 The situation on the southern border is simply heartbreaking at this point, but hearing the White House admit to that is infuriating for many Americans.

We’ve watched the Biden administration fumble this catastrophe week-in and week-out from their inception, with the angst now rising to the point that even MSNBC can’t be bothered to toe the Democratic Party line.

Now, as another massive surge wreaks havoc in places like Del Rio, Texas, some worrisome images are emerging from the scene, including a number of photos that depict mounted border patrol agents chasing down immigrants.

Images and video of U.S. Border Patrol agents on horseback grabbing and chasing down Haitian migrants at the U.S.-Mexico border have prompted the Department of Homeland Security to launch an investigation into the matter, the agency said on Twitter. https://t.co/PU2QXumduH

Now, the White House has had the audacity to complain about the situation.

White House press secretary Jen Psaki on Monday called images of a U.S. Border Patrol agent on horseback chasing Haitian migrants “horrific,” but declined to say what consequences there should be for his actions.

Psaki was asked repeatedly to comment on “photos of border agents on horseback using what appear to be whips on Haitian migrants” and whether it was appropriate behavior.

“I have seen some of the footage. I don’t have the full context. I can’t imagine what context would make that appropriate, but I don’t have additional details,” she told reporters at the daily White House briefing. “I don’t think anyone seeing that footage would think it’s acceptable or appropriate.”

If the Biden administration would like to have some input as to the tactics being used on the border, perhaps they should actually involved themselves in the situation.