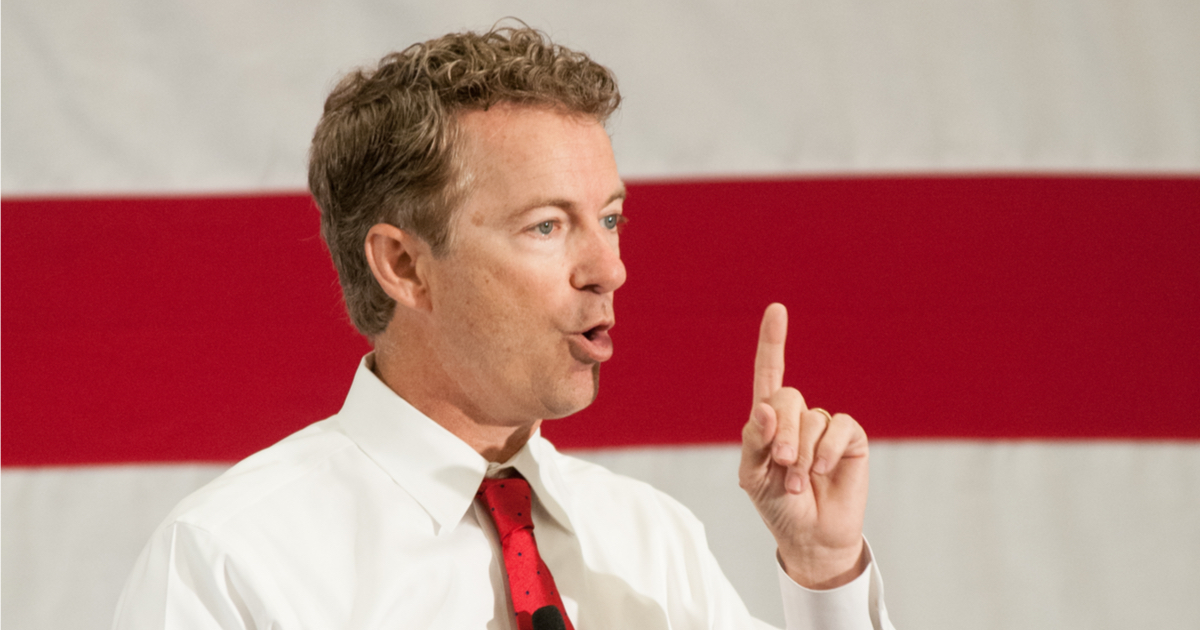 The following article, RussiaGate Returns, This Time as Rand Paul Aide is Indicted on Money-Funneling Charges, was first published on Flag And Cross.

For years, the liberal left has been attempting to use Russia as some sort of Republican boogeyman, insisting that the GOP was being unduly influenced by the Kremlin for the sole purpose of destroying America as we know it – or some other exaggerated, unwieldy story.

This was a large part of the mythos that they built around Donald Trump in the run-up to the 2016 election, essentially suggesting that this ultra-wealthy real estate mogul from New York City, who would later be accused of xenophobia by the Democrats, was somehow really a double agent.

The whole thing was considered ludicrous from the get-go, but has somehow persisted.

Now, the left is hanging their hat on the indictment of an aide to Rand Paul, but are ignoring a major plot point during their promotion of the Hollywood-style plot.

The big picture: The Justice Department alleges that Jesse Benton, 43, the husband of Paul’s niece and a veteran Republican staffer, orchestrated a scheme to conceal the illegal foreign donation with another GOP operative, Doug Wead.

The details: The indictment, unsealed on Monday, outlines allegations of a convoluted money trail from the unnamed Russian national through a consulting firm run by Benton and to a Trump joint fundraising committee.

The Russian national was determined to underwrite a Trump fundraising event in order to get a photo with the former president, according to communications between Benton and Weed cited in the indictment.

But here is where the Democratic talking points fall apart:

The indictment alleges that Benton received $100,000 from the Russian national and passed on $25,000 to the joint fundraising committee, allegedly pocketing the remaining $75,000.

Are the Democrats really attempting to convince the nation that Donald Trump, one of the nation’s wealthiest business operators, is being swayed by $25,000?  Or that the Kremlin is lax in their bribery schemes that the other $75,000 could simply vanish while Benton, a near-nobody, remains unharmed by the KGB?

The left is going to hang their hat on this one, undoubtedly, but the math just doesn’t seem to add up.