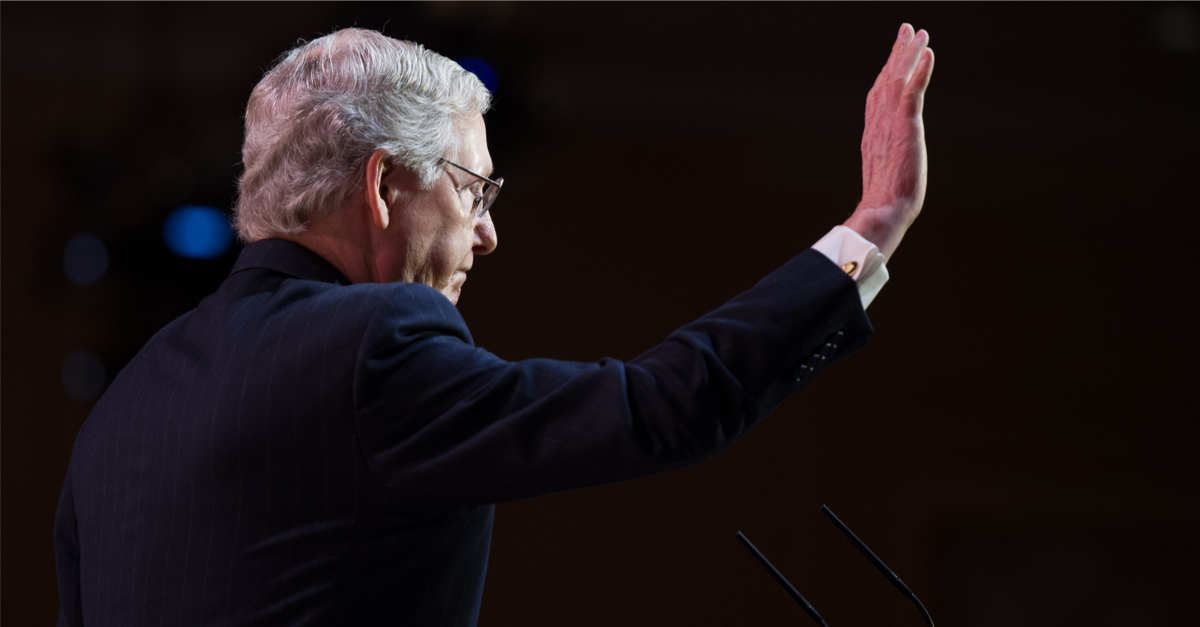 As we hurtle toward the 2022 midterms, (and the 2024 presidential election as well), there are few in this nation who doubt that Donald Trump is going to be involved.

The former President has all but admitted that his intent is to again run for the White House, and, if he is somehow shut out of the nomination, there is little doubt that he’ll be the most influential member of Republican peanut gallery.

Now, in what might be one of the most telling tests of his political influence to date, it appears as though the former New York business mogul is targeting one of the most powerful Republicans in the Senate.

The Wall Street Journalreports that Trump has been gunning for the Senate minority leader from Kentucky, working behind the scenes to find candidates to boot McConnell from the leadership role he’s held for almost 15 years. Sources tell the paper that Trump has been having discussions with senators and other allies to see if there are any takers in that bid.

The idea didn’t sit well with some notable Republicans, however.

“Naw, I’m not going to get in that fight,” Sen. Tommy Tuberville of Alabama, a Trump ally, tells the Journal, adding he thinks McConnell is doing a “good job.” “I just don’t realistically see that happening,” notes Sen. John Kennedy of Louisiana. Meanwhile, South Carolina Sen. Lindsey Graham says he’s dispensed a little friendly advice to Trump on the standoff between him and McConnell: “Let’s focus on winning in 2022.”

So far, it appears as though Trump has yet to find a taker for this bold battle.