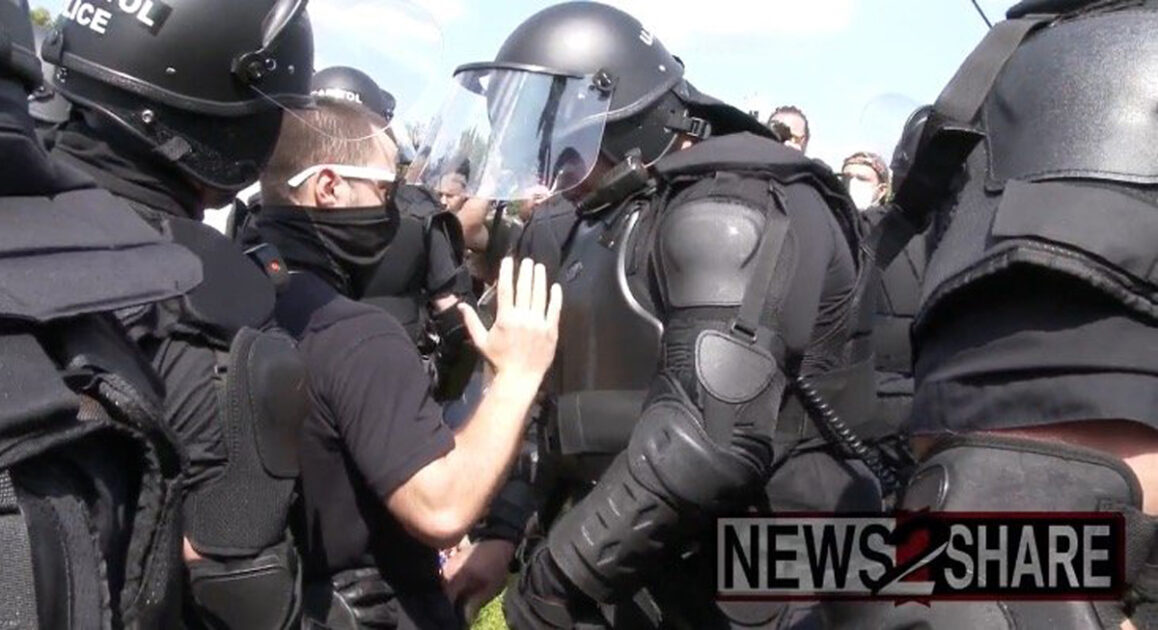 The following article, One ‘Armed Person’ Arrested During J6 Rally… Turns Out to be Undercover Cop, was first published on Flag And Cross.

Police in riot gear surrounded and detained a man who was armed at the J6 rally on Saturday, but putting a fine point on the face, it turned out he was an undercover cop.

There were only a few arrests during the J6 rally. Indeed, there were thousands of police — both in riot gear and undercover — not to mention thousands of reporters, but very few “dangerous” J^ rally goers.

Not many turned out for the rally because most knew that the corrupt law enforcement services in Washington D.C. was looking to take down anyone, for anything, real or fictional. Few real J6 supporters wanted to be mistreated by a corrupt militarized police presence, so the stayed home.

In fact, President Trump even warned people not to go to this thing. Trump called the whole event a “set up.”

And he was exactly right. To show what a farcical situation the whole thing was, cops in riot gear surrounded and detained a man because he looked to be armed. And “journalists” were there to lap it all up.

He tells them where the gun is, and they pull out his badge.

Without disarming or handcuffing him, police extract him from the event. pic.twitter.com/F1n4PeuXkt

But then it was discovered that this doofus was an undercover operative, and the riot cops blew his cover:

"Are you undercover?" the officers asked the masked man, who gave them a badge.

I guess not anymore. pic.twitter.com/EBBx0e8Ucd

What a complete joke:

Journalist @FordFischer said he only witnessed one detainment at the US Capitol rally in support of the Jan. 6 suspects. The person was undercover from a law enforcement or intelligence agency. pic.twitter.com/bJCwEsRkeh

Continue reading: One ‘Armed Person’ Arrested During J6 Rally… Turns Out to be Undercover Cop ...