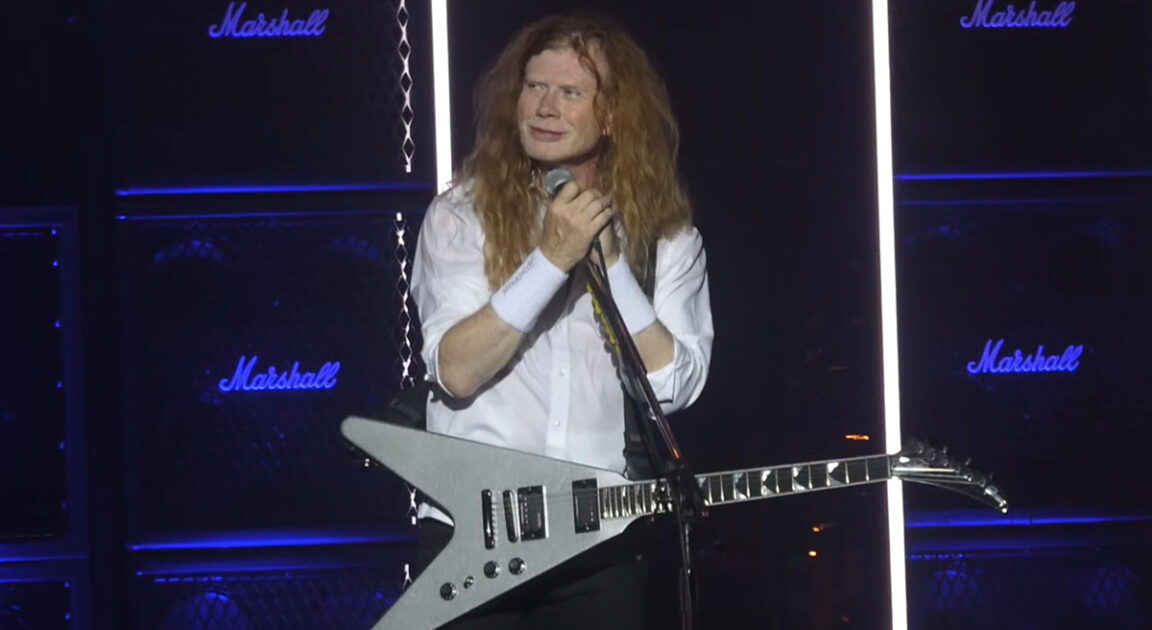 Megadeth‘s Dave Mustaine broke out in an anti-mask rant on stage during his Sept. 15 concert in New Jersey.

As the concert came to an end, before the last song, Mustaine took a moment to comment on the coronavirus masking mandates flooding the country.

“I just wanna tell you how great it is. Look around you, guys. Look to your right, look to your left, and look how wonderful this is. We’re all here together. We’re not freaking out, and we’re not yelling at people, ‘Wear your fucking mask,'” he said from the stage.

“Listen, it starts with this kind of a sensation that we build right now,” he continued. “We feel together, we feel like [there’s] strength in numbers. We feel like we are invincible. People will not be able to stop us.”

Then he called the whole thing a “tyranny”:

“Right now, what’s going on is tyranny. This is called tyranny. Look it up when you get home. And tyranny isn’t only in government. Tyranny right now is in the schools and tyranny is in the medical business,” he said.

Megadeth’s soon-to-be-released 16th studio album seems set to carry that theme onward. It will be titled, The Sick, The Dying and The Dead.