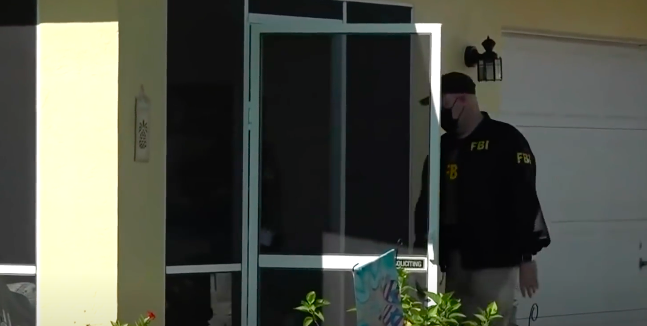 Over the weekend, tragic news arrived in the case of missing New York woman Gabby Petito, who disappeared while on a cross-country road trip Brian Laundrie sometime around the end of August.

Authorities in Bridger-Teton National Forest believe that they have discovered Gabby’s body along the banks of a creek, after a YouTube user spotted the couple’s van while editing their own footage from weeks ago.

This kicked off a series of dramatic escalations in the case, specifically at the home of the previously uncooperative Laundrie.

The FBI executed a search warrant Monday at the home of Gabby Petito’s fiance, Brian Laundrie, in North Port, Florida.

Authorities said a body discovered Sunday in Wyoming is believed to be Gabby Petito. The FBI said the body was found by law enforcement agents who had spent the past two days searching campgrounds.

The cause of death has not yet been determined, FBI Supervisory Special Agent Charles Jones said.

A statement from the attorney for the family of Gabby’s fiance Brian Laundrie’s said: “The news about Gabby Petito is heartbreaking. The Laundrie family prays for Gabby and her family.”

Laundrie is also now missing, after allegedly going hiking in a nearby nature preserve on Tuesday of last week,.

His parents have received a great deal of criticism, after it was discovered that they had waited until Friday to alert police to Brian’s disappearance.