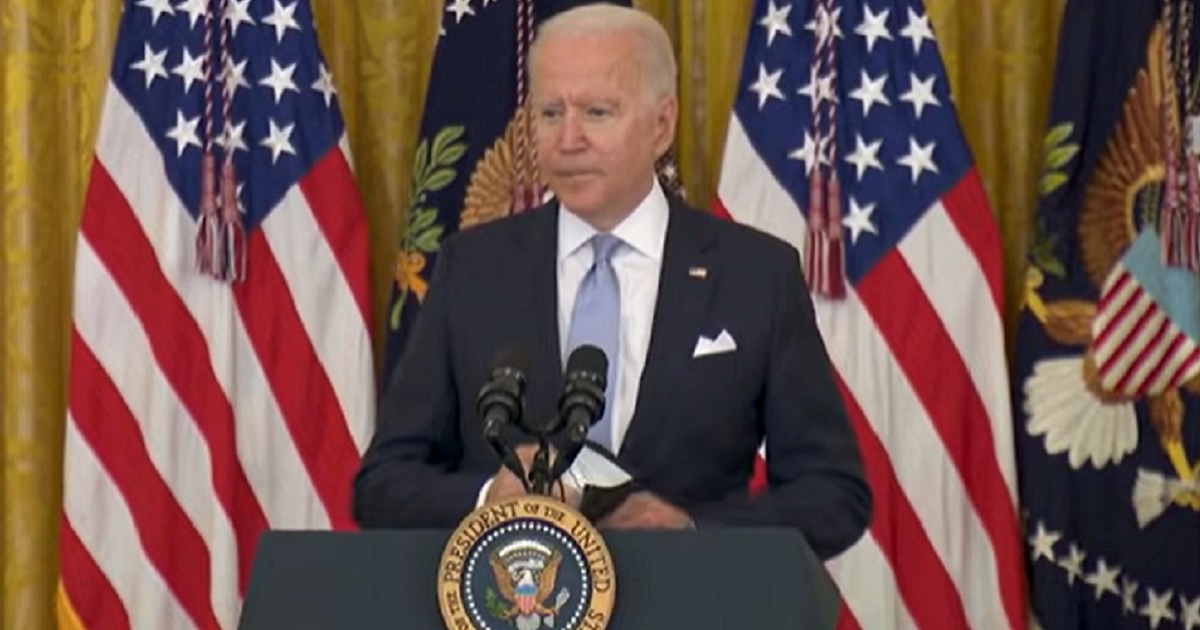 The nation has known for a long time that Joe Biden’s public speaking isn’t his most endearing quality, and the pressures of the office of the President, (along with a predictable bit of aging), has certainly escalated this PR situation.

Biden is a gaffe machine, full of mismatched anecdotes and old-timey gibberish that often overshadows the gist of what he’s trying to say.  As such, his team has seemingly worked hard to keep the President out of situations in which he’s allowed to freestyle answers, and Biden himself has often left press conferences after telling reporters that he’d be “in trouble” if he stuck around for any more questions.

Now, a new book seems to indicate just what lengths his team is willing go in order to keep the narrative untainted by mishaps.

Top White House aides set up a “wall” to shield President Biden from unscripted events and long interviews amid fears of the president’s testiness and habit of mangling statements, according to a new book.

“Peril” by Bob Woodward and Robert Costa cited a number of incidents from the gaffe-prone president in the early days of his administration, including a back-and-forth with a CNN reporter for which he later apologized.

“That side of Biden — his tendency to at times be testy or mangle statements — was still with him and now part of his presidency,” the book says.

In turn, a number of Biden aides told the reporters that Chief of Staff Ronald Klain and then-White House advisor Anita Dunn worked to prevent such incidents by keeping him away from “unscripted events or long interviews.”

“They called the effect ‘the wall,’ a cocooning of the president,” they wrote.

This unwillingness to allow the President to speak directly has wreaked havoc on Biden’s image as a leader, and his waning approval numbers are evidence of this.