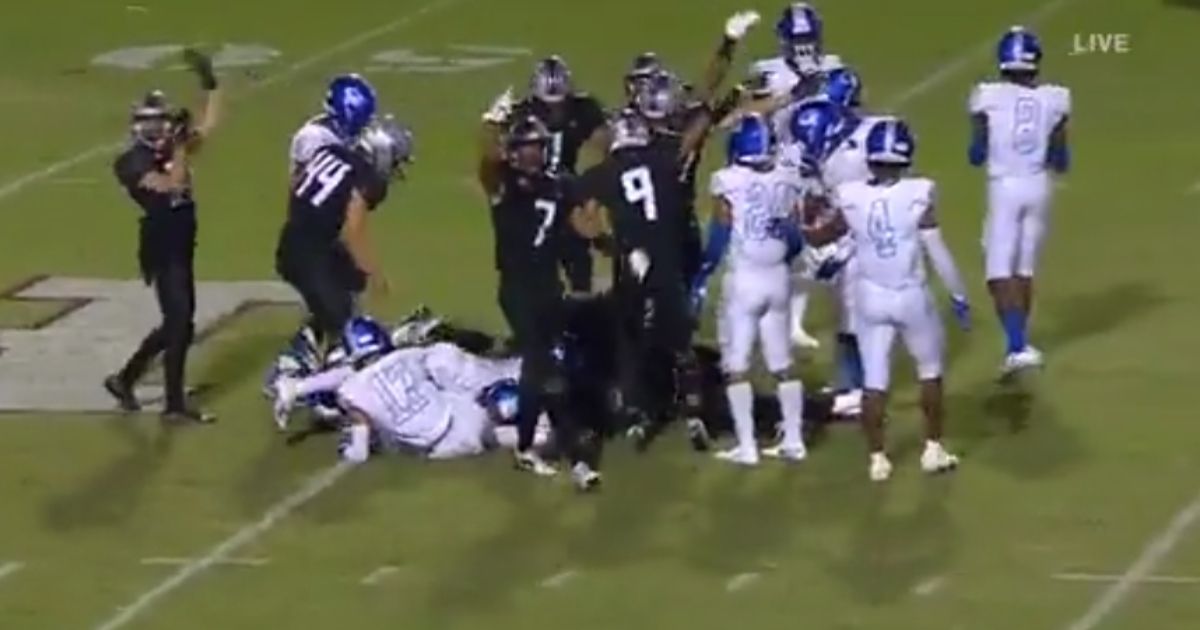 The following article, Football Team Down 17 Points with About a Minute Left Refuses to Quit, Provides Shocking Reversal, was first published on Flag And Cross.

A lesson in what can be possible in the closing moments of a football game was delivered by an Arizona high school team that took about a minute Friday night to come back from a 17-point deficit and defeat a top-ranked team from Nevada.

Bishop Gorman, from Las Vegas, was ranked seventh in the nation when it met 24th-ranked Hamilton High School from Chandler, Arizona, on Friday night.

And until the final 1:05 of the game, Gorman — the visiting team — was proving to a national audience watching on ESPNU why it was so highly ranked.

INCREDIBLE! Bishop Gorman was leading Hamilton HS (AZ), 24-7, with 70 seconds left in the game… THEY LOST 25-24! Comeback for the ages

Matthew Krneta then kicked a 46-yard field goal to cut Bishop Gorman’s lead from 24-7 to 24-10, according to the Las Vegas Review-Journal.

But Hamilton emerged with the ball after an onside kick and in four plays scored a touchdown and the extra point to trail 24-17  with 29 seconds left.

Then, with eight seconds left — on the fourth play of his team’s drive — Hamilton quarterback Nicco Marchiol connected with Nick Switzer on a 22-yard touchdown pass, and the team trailed only 24-23.

Hamilton decided to go for two points and the win on the conversion attempt, instead of one point and the tie, and was successful, taking a 25-24 lead, which is how the game ended.

Marchiol had been injured earlier in the game but refused to come out, according to the Arizona Republic.

“He’s a tough kid,” coach Mike Zdebski said. “He knows how to finish.”

“He’s a tough dude; he ain’t coming out,” Zdebski said of the quarterback, who is bound for West Virginia when he finishes high school.

Jacob Medina, who made the two onside kicks that helped Hamilton work its magic, said it was not just luck that the ball was recovered.

“We worked all season on those,” Medina told the Republic. “We knew it would come down to a big game and we’d use (them). We executed when we needed to.”

“That’s sticking to our craft, what our coaches taught us. I think it really shows the rest of Arizona and the country what Hamilton High School is capable of.”

Zdebski said his team “executed when they had to.”