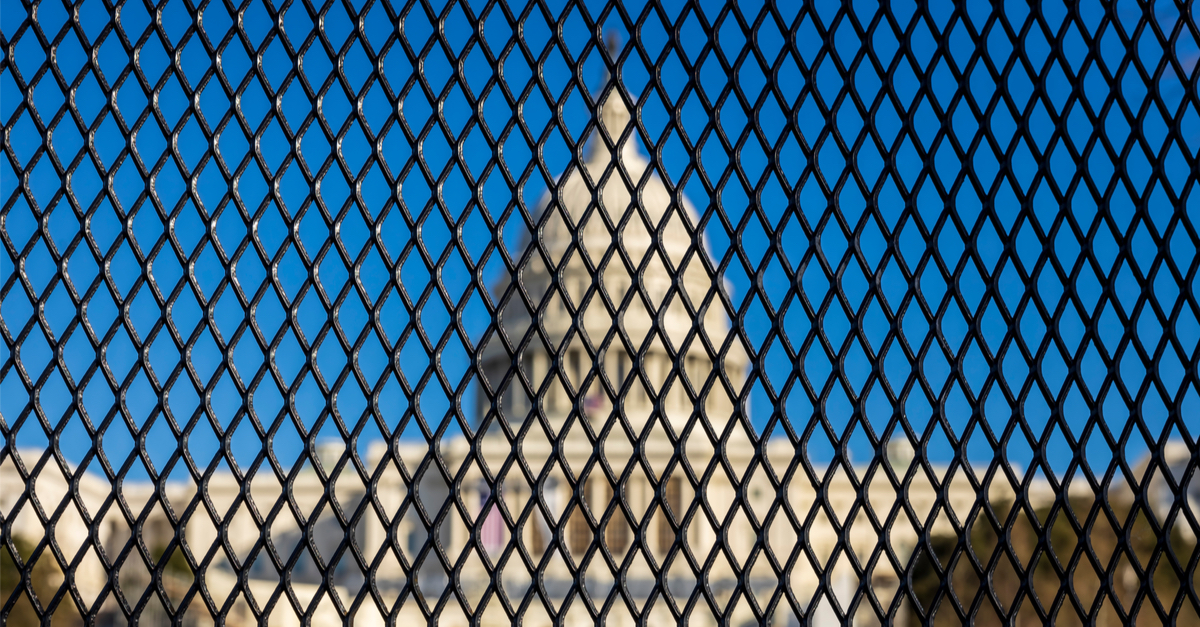 All week, we heard nothing but abject terror from the mainstream media.  They were completely convinced that there was trouble coming down the pike on The Beltway, and they were frothing at the mouth in hoping to blame it on the MAGA Movement.

But, despite their desperate and derivative dialogue, the “Justice for J6” rally went off without a hitch, foiling their naysaying narrative.

Early reports and videos emerging from the pro-Capitol-rioter “Justice for J6” rally indicate that the event has drawn “a few dozen” attendees, and many times that number of press and police.

On Saturday afternoon, videos began trickling out on social media showing the early stages of the event, organized to show support for those imprisoned over the Jan. 6 invasion of the Capitol, showing very high turnout — by cops and the media.

This, after weeks of fear mongering and facetious insults from the mainstream media.

In fact, the overzealousness of law enforcement wound up being a bit of an embarrassment.

Despite the turnout, the event drew a large law enforcement and media presence. Capitol Police said Friday they were working with over 27 agencies from around the region to secure the event.

This appears to reiterate the idea that the mainstream media’s vilification of Trump supporters has been largely inappropriate, and just another attempt at manufacturing outrage to bolster their ratings.