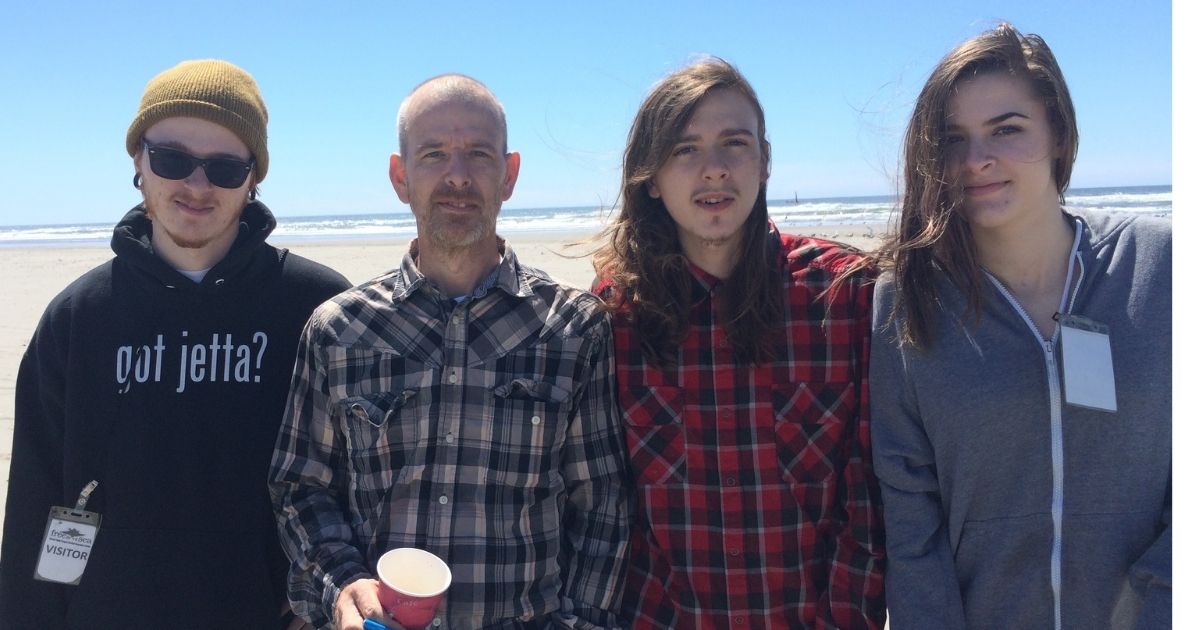 The following article, 'Thrill Kill:' 15-Year-Old Laughs After Slamming Stolen Car Into Jogger, was first published on Flag And Cross.

On the morning of July 18, a 15-year-old girl was out for a joyride in Maple Valley, Washington, after commandeering her godmother’s 2004 Toyota Camry.

The teen — whose name has been left unstated due to her age — lived with her godmother and certainly did not have permission to use the car, but that didn’t stop her from sneaking out with some friends, one of whom followed in a car behind hers.

Based on later witness accounts, surveillance video and confessions, the teens blew through a stop sign and were going 50 mph in a 35 zone.

Then the girl spotted a jogger, 53-year-old Gregory Moore, shortly after 6 a.m. Moore was a total stranger, but that didn’t matter to the teen.

“I’m going to scare him, I’m going to bump him,” the underage driver allegedly said, according to a friend who was in the car with her at the time, as shared by the Kent Reporter.

The friend driving behind her later reported hearing a loud noise and seeing something fly into the air. After driving a bit further, the car stopped and the teen got out to look at the car.

“They were freaking out,” the source said.

When the girl got home, she denied having driven the car and told her godmother that someone had hit it with a bat.

According to KIRO-TV, Moore’s body was found near a church several hours after he was hit.

The family started a fundraiser and offered a $35,000 reward for information on who could have committed such a heinous crime.

“Greg was a loving husband, father, son, brother and friend,” the GoFundMe states. “He grew up in Issaquah and has been a Maple Valley resident for over 25 years. If you can find it in your heart to contribute, it would be greatly appreciated.”

The teen managed to evade identification for nearly two months. It was only after her godmother was tipped off by a family member, saw a news video about the car police were looking for and contacted the girl’s father that the girl broke down and told her father the truth.

When the girl returned to her godmother to see she’d turned in the car to police (it was a match), she started breaking things and ran away. Her father went with her as she turned herself in on Sept. 9.

Since she is a minor, the teen is being charged as a juvenile with second-degree murder and hit-and-run.

“Because she was 15 at the time of the incident, she is not subject to automatic adult court jurisdiction,” Casey McNerthney, spokesman for the King County Prosecuting Attorney’s Office, wrote.

“She is charged with murder in the second degree under the felony murder theory. That is, in the attempt to commit a felony, she caused the death of another human being. Specifically, in this case, it is alleged that she intended to hit/bump the victim with a motor vehicle (assault in the second degree), and this caused his death.”

The charges seem light to the family who lost a loved one.

“A family member (of the suspect) heard the individual laugh about the way Greg’s body flew up in the air when she hit him,” Michelle Moore, Greg’s wife, told KIRO-TV.

“It’s a ‘thrill-kill’ is what it’s called … I would argue that the brutality of her crime and blatant disregard for human life warrants her being tried as an adult.

“It’s even worse knowing someone could take him from me like that. She stole that from me. I know I can never get Greg back. But if justice is not served, I’m afraid I will never know peace.”

McNerthney acknowledged the family’s pain and promised they would do their best to pursue justice in this difficult case.

“We understand that many people who knew and loved Mr. Moore find the legal remedies neither sufficient nor just,” he said. “We are sorry for his loss and this tragedy that should not have happened.

“We will do everything within our ability to hold this juvenile responsible for her actions and to support the family through the legal process, knowing that even guilty verdicts will not make up for this senseless crime.”

SHE NEEDS TRIED AS AN ADULT THIS WAS PLANNED ON PURPOSE

Is she part of the Bidenreich Youth, working on population control?