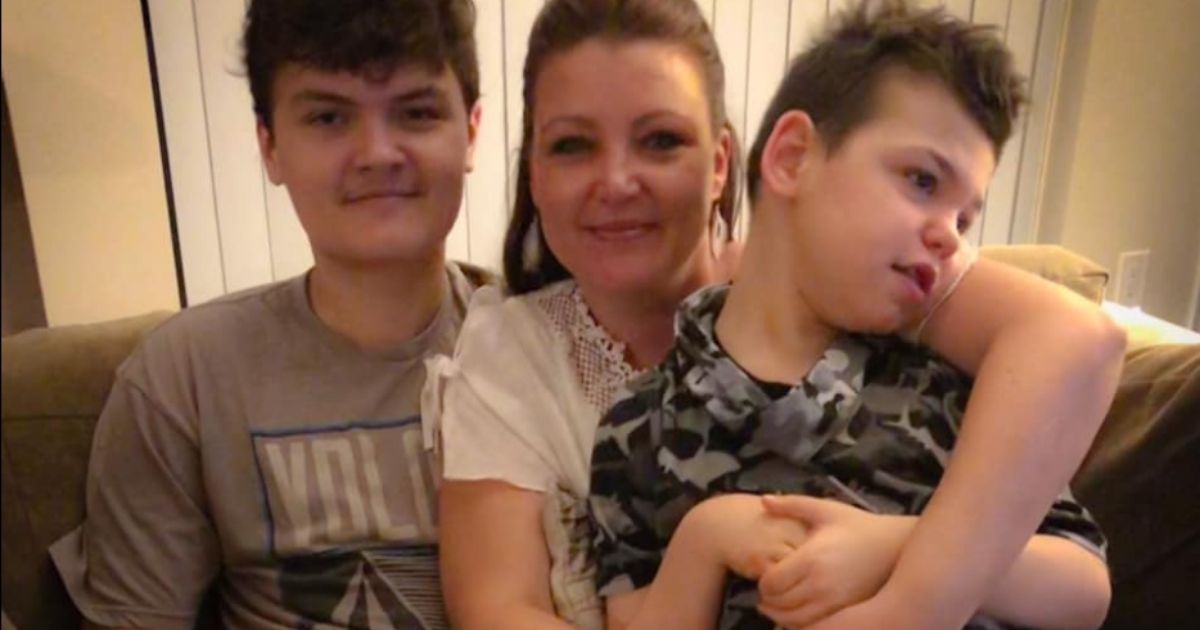 The following article, Mother Visiting Disney World with Disabled Son Gets Vicious Note After Double-Parking to Accommodate Him, was first published on Flag And Cross.

Disney World is known for its lifelike characters, the heroes we love and the villains we’ve come to fear — but one mom and her son got a little more than they bargained for in the villain department when they returned to their car after a day of enjoyment.

Tricia Proefrock and her 13-year-old son, Mason — residents of Palm Beach Gardens, Florida — were visiting Disney World near Orlando one day this month, a place the mom calls “the highlight of both of our lives,” according to WOFL-TV.

The problem occurred because of a special permission Proefrock was given while parking. Mason has Lennox-Gastaut syndrome, a type of epilepsy that can affect vision, speech and mobility, and he uses a wheelchair.

Proefrock’s van is outfitted for Mason, and as such, she generally parks in the designated accessible parking spots.

But those lots sometimes are full.

It hasn’t been a problem before, and Disney cast members simply have her park on top of the line and take up two spots so she can have room to get her son in and out of the car.

“When the side of the lot with ramp accesses are full, the only remaining spots have no ramp access,” Proefrock told WOFL. “Every single time out of dozens of trips, the cast members instruct me to take two spots by parking directly on the white line. This gives me room to wheel my son out of the vehicle.”

The mother and son spent a lovely day in the Magic Kingdom earlier this month, but when they returned to their car, the mood changed after Proefrock spotted a yellow slip on her car.

“This is not a ticket, but if it were within my power, you would receive two,” read the “Parking Violation.”

“Because of your Bull Headed, inconsiderate, feeble attempt at parking, you have taken enough room for a 20 mule team, 2 elephants, 1 goat, and a safari of pygmies from the African interior.

“The reason for giving you this is so that in the future you may think of someone else, other than yourself. Besides I don’t like domineering, egotistical or simple-minded drivers and you probably fit into one of these categories.”

While the person who left the note no doubt meant it to be a sarcastic hand-slap for a careless driver, he or she couldn’t have been more wrong. Proefrock had taken up the two spots because she’d been directed to by employees, not because she was “domineering, egotistical or simple-minded,” and she told Insider that she felt humiliated and ashamed.

She said she always looked for end spots or spots with ramps, but they weren’t always available. She alerted cast members to her situation the next day at the Epcot theme park when they visited but still was directed to take up two parking spots.

“I was angry because I felt like the situation of taking two spots naturally sets us up to be judged,” she explained.

Clearly someone had an ax to grind, and they probably should get  help instead of being presumptuous and handing out salty impostor tickets wishing the recipients “transmission failure” while driving and also hoping they get infested by “the Fleas of a thousand camels,” as the note wrapped up.

Proefrock has shared the note to raise awareness of the situation, and hopefully people who think like this will pause, consider the situation and use common sense before lashing out in petty ways that could cause others pain.

“So, if you see a car taking two spots, maybe instead of wishing us a broken transmission,” she suggested, according to WOFL, “you can try to think about why a wheelchair-accessible van in a medical parking section might need two spots.”