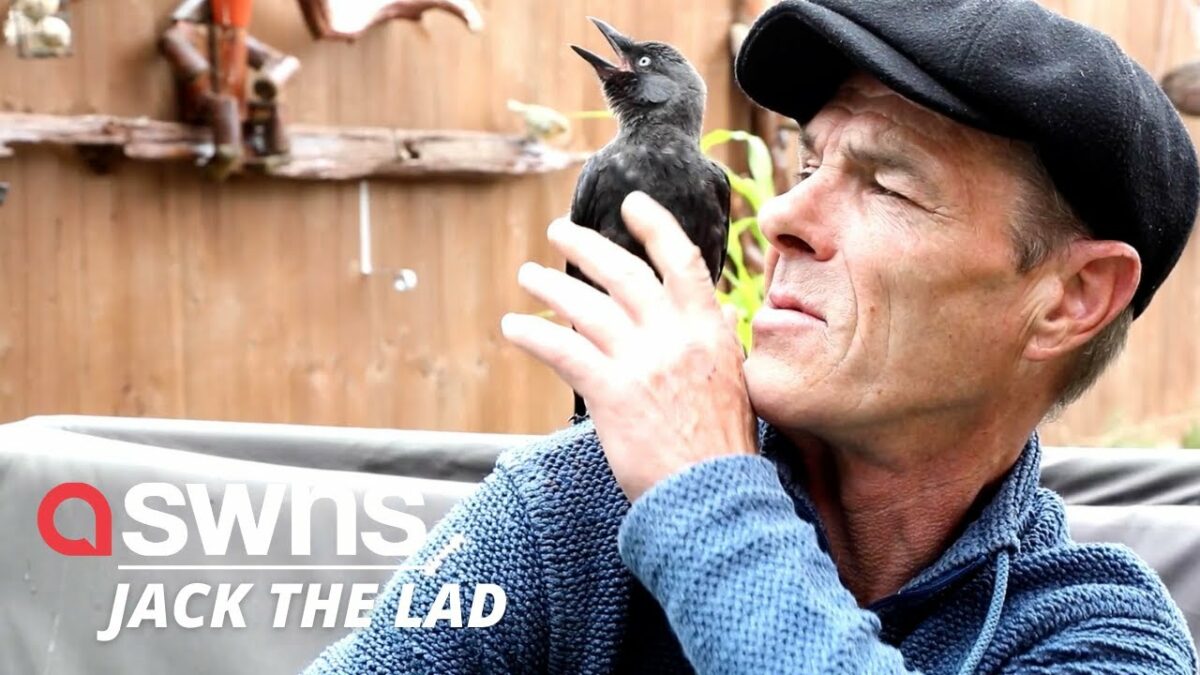 Michael Smith, 55, of Malvern, Worcestershire, in the U.K., has never had a pet before, but earlier this year, an animal chose him and the two have been fast friends ever since.

It started when Smith spotted a tiny bird on the roadside while riding his bike in May. He stopped, examined the wild baby bird — which appeared to have been attacked by something — and decided to take it home and try to nurse it back to health.

“I love nature and animals,” Smith said, according to the Good News Network, “so I couldn’t leave him injured in the hedgerow.”

He made scrambled eggs for the bird, kept it safe and warm and ensured the creature made a full return to health. In exchange, the bird returns to him every time he calls.

“Patch,” as the bird has been called, and Michael are local celebrities now, and it’s not often that they’re apart.

The bird, a jackdaw, lives outside in a home Michael carefully crafted for him but knows he can count on Smith for tasty treats, beak rubs and adventure.

“He’s like my best friend now, and I spend as much time with him as possible,” Smith said.

“When I’m without him I’m thinking about him, and when I see him again he does a little joyful squark that is different from his normal screech. He’s the best pet, and everyone loves him. He is the talk of the town, and if I’m without him everyone’s asking after him.

“He sits on my shoulder and puts his little beak to my face or gently nibbles my ear. He lets me stroke him under his breast and his feathers on his back all quiver. And he lets me rub his beak. He’s so much fun.”

The cheeky bird has a habit of stealing Smith’s keys. Smith is also convinced the bird is trying to get him to quit smoking, as he’s been known to steal Smith’s cigarettes and destroy them.

Smith says if the bird ever wants to leave, he’s free to go, but that in the meantime he is enjoying the companionship and even has thought about getting Patch into film.

“People call me the bird whisperer, or bird-man of Malvern,” Smith continued. “It came quite naturally to me. And I remembered all these tales I’ve heard about people rescuing birds and forming a bond.

“I was quite well known around here but I’m even more so now: it’s a lovely thing to be known for.”

“Having him is such a lovely thing to happen.”