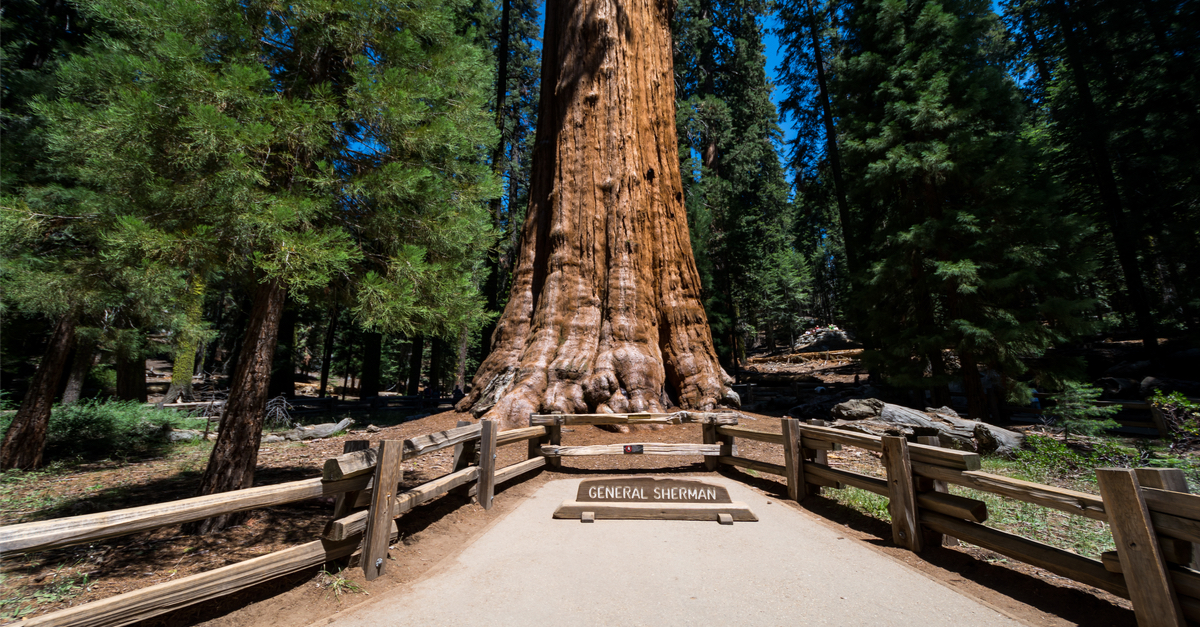 The following article, SEE IT: World’s Largest Tree Wrapped in Foil to Prevent Wildfire Damage, was first published on Flag And Cross.

For all of the technological and scientific advancements we’ve made as a species, there are still some areas in which nature will get the best of us.  The awful and awe-inspiring forces that exist around us are not to be trifled with, and no amount of bandwidth is going to change that.

And so, when the world’s largest tree found itself in the crosshairs of one of California’s most explosive wildfires, authorities turned to an old-fashioned trick to try and keep it safe.

Firefighters wrapped the base of the world’s largest tree in a fire-resistant blanket as they tried to save a famous grove of gigantic old-growth sequoias from wildfires burning in California’s rugged Sierra Nevada.

The colossal General Sherman Tree in Sequoia National Park’s Giant Forest, some other sequoias, the Giant Forest Museum and other buildings were wrapped for protection against the possibility of intense flames, fire spokeswoman Rebecca Paterson said.

And there is a history of this sort of thing working.

The aluminum wrapping can withstand intensive heat for short periods. Federal officials say they have been using the material for several years throughout the U.S. West to protect sensitive structures from flames. Near Lake Tahoe, some homes that were wrapped in protective material survived a recent wildfire while others nearby were destroyed.

The execution of the plan does give an outwardly awkward appearance, however.

The Biggest Tree in the World, the General Sherman, raked and wrapped in preparation for the incoming #KNPComplex fire. Sequoia National Park pic.twitter.com/EpVkaYvimE

These giant sequoias have been targeted several times by wildfires in recent years, as California continues to face worsening weather.

If the greenness would let the forestry thin the woods we would not have these worries.