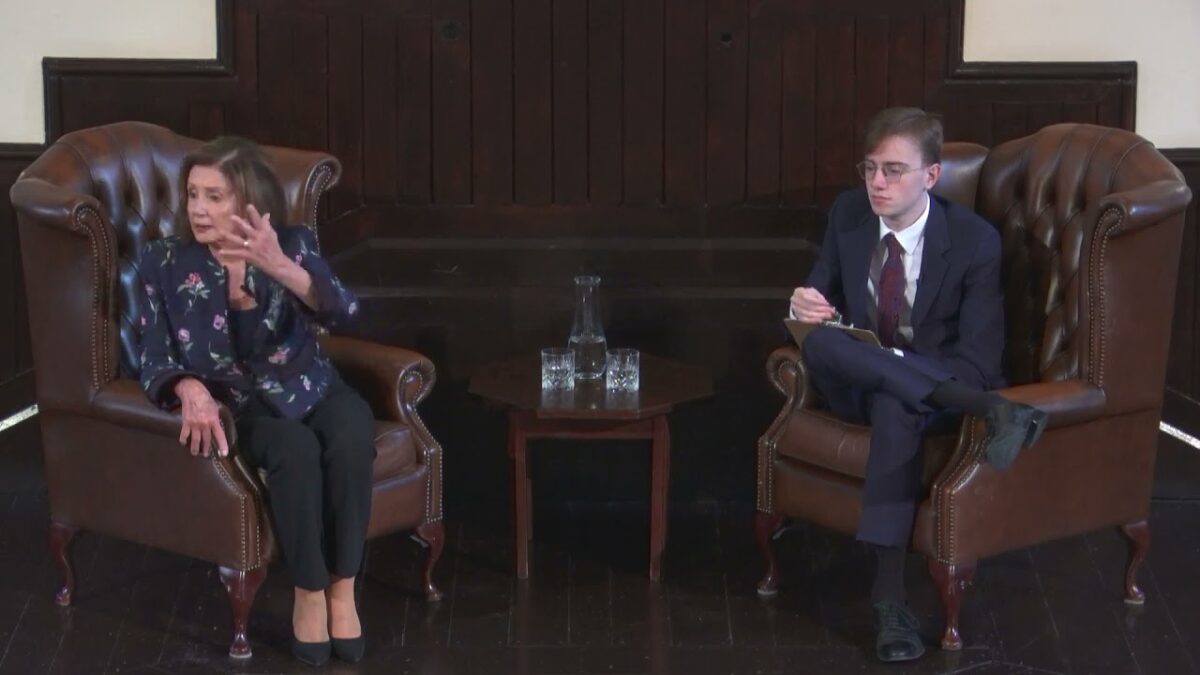 The following article, Nancy Pelosi Dares to Call Biden 'Perfect' on Foreign Policy as Americans Are Still Stuck in Afghanistan, was first published on Flag And Cross.

In a display of cognitive dissonance epic even by the standards of politics, House Speaker Nancy Pelosi on Thursday lauded President Joe Biden as “perfect” on foreign policy, an astonishing statement in light of the fact Americans are still trapped in Afghanistan after the botched withdrawal of U.S. forces from that country last month.

Stranger yet, she said so from foreign shores.

Pelosi made the eyebrow-raising comment at a moderated conversation at the Cambridge Union Society at Cambridge University in England.

“He’s perfect for now,” Pelosi said in an amphiboly of a statement. “He knows his foreign policy. He was chair of the Foreign Policy Committee.”

Pelosi’s Biden-knows-foreign-policy schtick is starkly at odds with reality.

The American military’s hasty retreat from Afghanistan included 13 service members lost to a suicidal terrorist’s bomb at the Kabul airport, the abandonment of some $85 billion worth of military equipment and — most egregious of all — American citizens left behind to deal with the not-so-tender mercies of the Taliban.

Meanwhile, Secretary of State Antony Blinken admitted before the Senate Foreign Relations Committee that the Biden administration gave the names of American allies seeking to leave Afghanistan to the Taliban, but would not — or could not — provide any details on how many specific names were revealed to the terrorist group, or how many civilians remain in Afghanistan.

WATCH: Biden Secretary of State Antony Blinken REFUSES to answer how many American names were given to the Taliban. pic.twitter.com/Xw6Jb3tZ0d

That is to say nothing of the fact the destruction of American credibility with friend and foe alike is compounded by the strategic mistake of leaving Afghanistan, which could revert back to becoming a safe harbor for terrorists under its new Taliban masters.

Biden has gifted Afghanistan to the very religious extremists that drew America there in the first place.

The whole world is wondering if the U.S. evacuation of Afghanistan is a temporary setback of failed political leadership that can be ameliorated over time, or the beginning of the end of Pax Americana.

One suspects the “D” associated with her name means “Delusional.”

Pelosi then went on to claim Biden is known to “extend the hand of friendship to friend and foe alike.”

Apparently, that includes foes like the Taliban. Who knew?