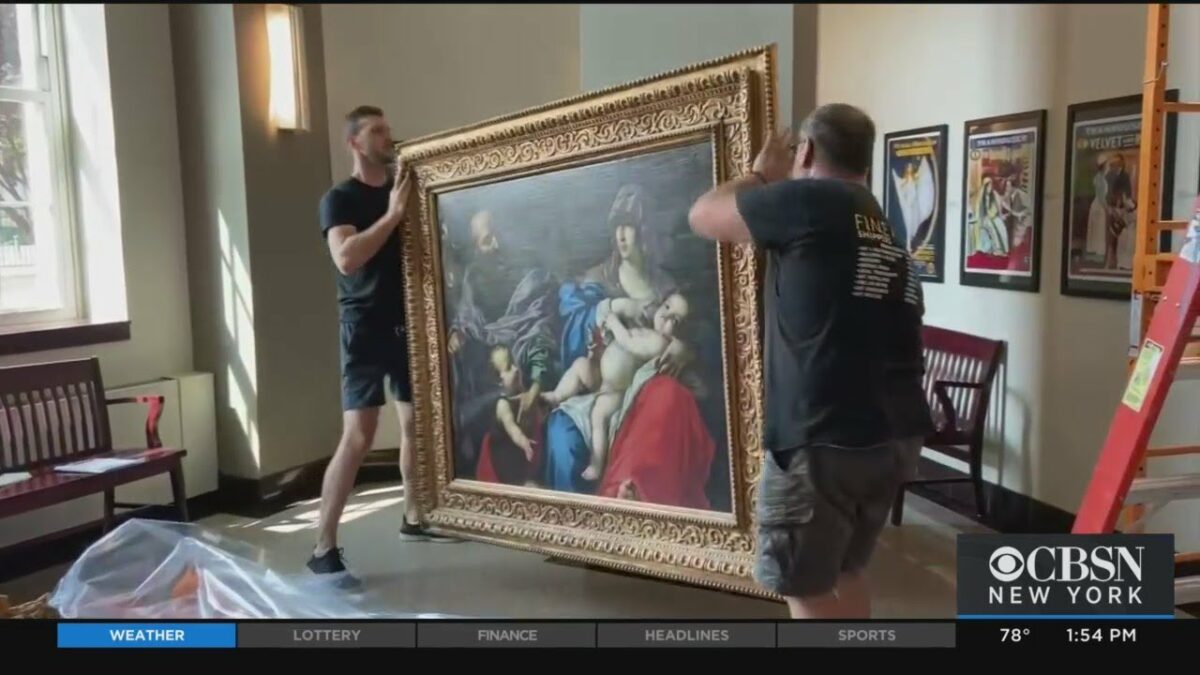 The following article, Hiding in Plain Sight: 'Lost' 17th-Century Masterpiece Uncovered in New York After Years of Searching, was first published on Flag And Cross.

“I’m used to wandering into churches, and I find it very peaceful,” he told Westchester magazine.

But on one particular visit, when he darkened the door of the Church of the Holy Family in New Rochelle, New York, he was struck by something he hadn’t fully noticed before.

“I was there at least three times before I noticed the painting one day when the lights were on brightly,” he said.

“I knew it was a 17th-century painting. It’s something you expect to find in Italy, but it was really out of place in a church in New York.”

Intensely curious, Ruggio started researching the piece he had spotted at the Catholic church, and what he found was revelatory.

The painting was indeed a masterpiece by the Italian artist Cesare Dandini from the 1630s, showing the holy family and a young John the Baptist, believed to have been lost for decades.

For 50 years, art historians have been looking for it, and on that fateful day when Ruggio visited the church, he found it.

There are competing stories as to how the piece crossed the pond and made its inconspicuous way to the church. One story is that a local family donated it to the church; another is that a former paster purchased it and brought it stateside.

“The former pastor Monsignor Fitzgerald went over to I believe London and was going through different galleries because he wanted to get paintings for over the door here and on the other side of the church,” Monsignor Dennis Keane of the Church of the Holy Family told WABC-TV.

“He purchased two of these paintings in a gallery, but we don’t know the name of the gallery.”

What is certain is that the painting is a lovely find, especially when historians thought it had been lost.

“This painting was thought to be lost for decades, so it was hiding in plain sight essentially in New Rochelle,” Ruggio said, according to News 12 The Bronx.

The church has loaned the painting to Iona College for three months, and it will be displayed in the Ryan Library before being returned to the church.