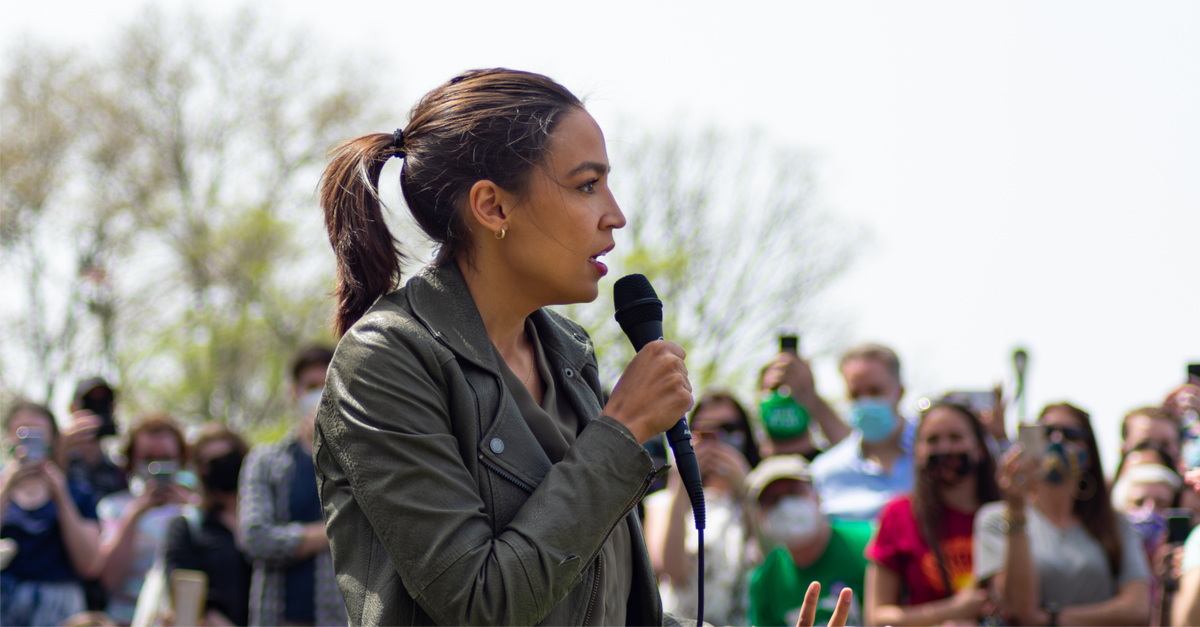 The following article, Even More Trouble Arrives for AOC After Met Gala Dress Stunt Flops, was first published on Flag And Cross.

Congresswoman Alexandria Ocasio-Cortez is quite familiar with the way in which the media cycle works, and her place in it.  While her politics aren’t always in tune with the center of our country, her use of social media to cultivate a narrative is nigh unmatched, and it’s something that has to be taken into consideration whenever she catches a headline.

This is all a part of the show, in other words.

This week’s AOC stunt came to us from the posh, $30,000 per ticket Met Gala, at which the precocious progressive from New York was seen sporting a white dress with gaudy red writing on it.  The message?  “Tax The Rich”.

But AOC didn’t pay to be there.  She was a “guest of the museum”, which is a clever trick to get her around all those “impermissible gift” laws that we have in this country.

That’s why the Democrat was almost immediately slapped with an ethics complaint after the stunt.  This week, she picked up yet another.

The complaint from the National Legal and Policy Center (NLPC) to the Office of Congressional Ethics alleged that Ocasio-Cortez improperly accepted tickets from a table sponsor for herself and her boyfriend.

House rules allow members to take free tickets to charity events directly from event organizers, and The Post reported Tuesday that AOC and boyfriend Riley Roberts were directly invited by the Metropolitan Museum of Art.

However, the NLPC argued that “it is the table sponsor who is gifting or underwriting a coveted seat to AOC at the Gala.

“And if … the table where AOC sat was one paid for by one of [the] corporations attending the event, such as Instagram or Facebook, AOC has received a prohibited gift from the corporation that also lobbies Congress.”

The dress and the scene caused a bit of an uproar when it first hit social media, as it didn’t take long for users to point out the obvious irony of it all.