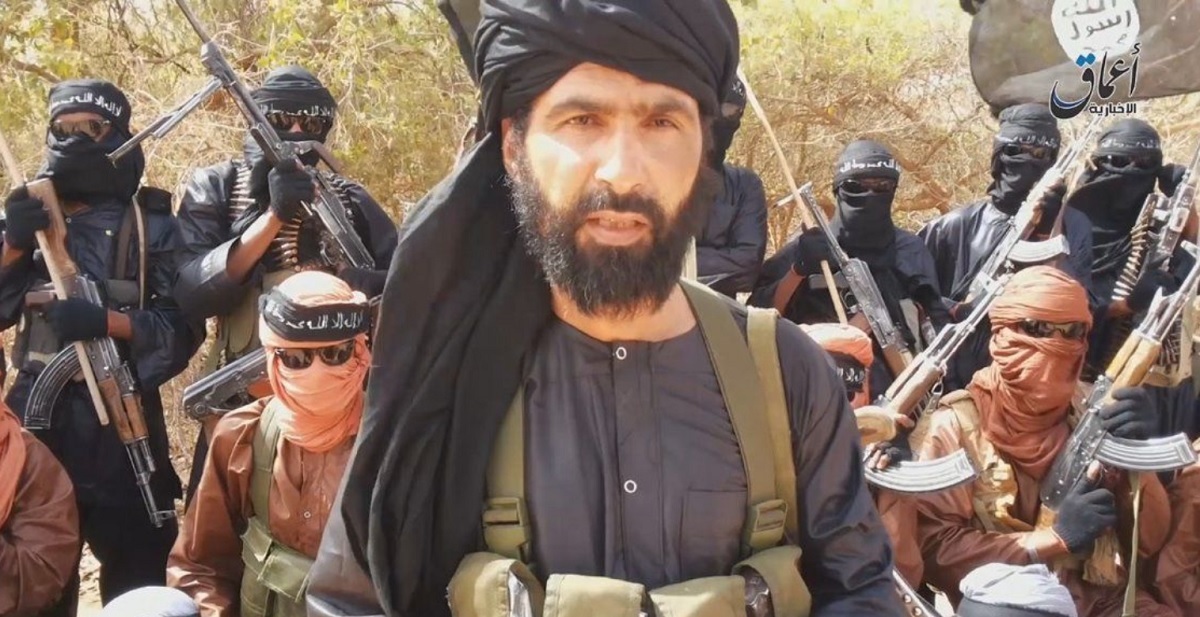 The following article, The Senior ISIS Leader Responsible for the Deaths of 4 Americans Has Been Killed, was first published on Flag And Cross.

A terrorist who claimed responsibility for the deaths of four American soldiers in a 2017 attack in the African country of Niger has been killed by French forces.

President Emmanuel Macron of France announced Wednesday that Adnan Abu Walid al Sahraoui, the leader of the Islamic State in the Greater Sahara, had been targeted in August.

“It’s another major success in our fight against terrorist groups in the Sahel,” Macron announced in a French-language tweet, according to The New York Times.

The Sahel is an area south of the Sahara Desert where France has a longstanding military presence, the Times noted.

“The nation is thinking tonight of all its heroes who died for France in the Sahel in the Serval and Barkhane operations, of the bereaved families, of all of its wounded. Their sacrifice is not in vain. With our African, European and American partners, we will continue this fight,” Macron’s post added, according to Sky News.

Very significant: France says its troops have killed Adnan Abu Walid al-Sahraoui, the leader of the Sahara branch (ISGS) of ISIS West Africa (ISWAP). Among the many victims of ISGS were four U.S. Green Berets killed in an ambush in Niger in 2017.https://t.co/5UEyuNNrR3

Adnan Abu Walid al Sahraoui, leader of the terrorist group Islamic State in the Greater Sahara, with a bounty of $5 million, has been killed by French forces.
“This is another major achievement in our fight against terrorist groups in the Sahel” – Emmanuel Macron https://t.co/OaeeRxrQAw pic.twitter.com/5XE75rgzpf

In addition to the 2017 attack, al Sahraoui was accused of ordering the deaths of six French charity workers and a driver in Niger in August 2020.

Al Sahroui was targeted in an attack on a motorbike that took place between August 17 and August 22 in Mali, an African country that borders Niger, French minister for the armed forces Florence Parly said, according to CNN.

Infamous for masterminding the 2017 killing of 4 US troops in Niger, Al-Sahrawi always carried an M16 seized from the corpse of a US marine.

“It was a trophy,” one defector said.

Our piece on France’s claim to have killed the Sahel’s top IS commander.https://t.co/pj4QG2xRzt

The strike was carried out by Barkhane, France’s Mali-based counter-terrorism force, Parly said, according to Reuters.

The group, called ISIS-GS by the U.S., was designated as a foreign terrorist organization in 2018. The U.S. had posted a $5 million reward for information leading to al Sahroui’s capture.

In addition to the four American soldiers, the October 2017 assault killed five soldiers of the Niger armed forces.

Sgt. La David Johnson was laid to rest as loved ones gathered for the fallen soldier’s funeral in Florida: https://t.co/NrUI8qhjr7 pic.twitter.com/kwrGWOgxr2

According to a report by CBS, the Americans were killed as part of a mission hunting al Sahroui.

Army Sgt. LaDavid Johnson, Sgt. 1st Class Jeremiah Johnson and Staff Sgts. Bryan Black and Dustin Wright “gave their last full measure of devotion to our country and died with honor while actively engaging the enemy,” according to a Department of Defense report that reprimanded commanders involved in planning the mission that resulted in their deaths.

“The investigation report also shows how Nigerien and French units assisted without hesitation to support the troops in contact and very likely saved the lives of U.S. and Nigerien Soldiers, several of whom were wounded in the attack,” the report said.

Continue reading: The Senior ISIS Leader Responsible for the Deaths of 4 Americans Has Been Killed ...