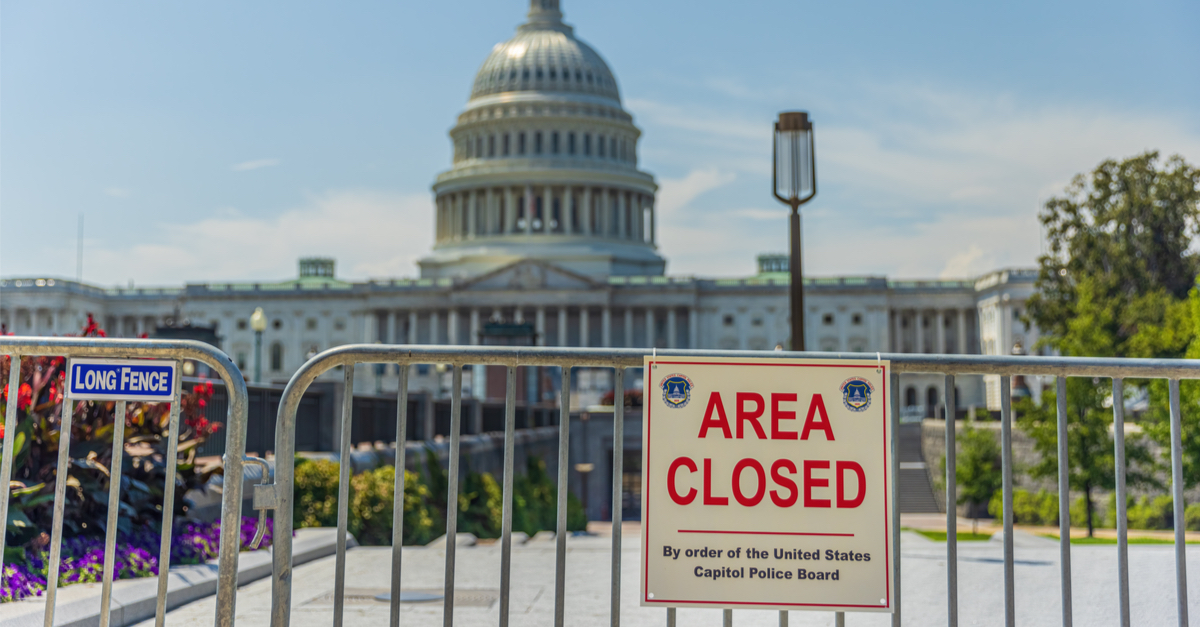 The following article, The Fence is Back, as Capitol Prepares for ‘J6’, Ashli Babbitt Rallies, was first published on Flag And Cross.

Washington DC will once again be filled with supporters of former President Donald Trump this weekend, as a massive rally with a few different goals comes to the capital.

Although this time, they won’t all be sporting the iconic red baseball cap – not after a missive issued by one of the event’s organizers who was aiming to help identify interlopers in the crowd.

While the event was originally touted as a way to show solidarity with those arrested during the attempted insurrection of January 6th, 2021, another group who is seeking justice for slain Trump supporter Ashli Babbitt are being described as a potential threat by authorities.

And so the Capitol Police have brought back the fence.

Workers began installing a fence around the U.S. Capitol late on Wednesday ahead of a protest scheduled for Sept. 18, and police asked the National Guard to be ready to help with security if needed.

A large group is expected at the Capitol on Saturday to protest the arrests and criminal charges against some 600 people in connection with a Jan. 6 riot by supporters of former President Donald Trump.

The tall fence was first erected following the Jan. 6 attack on the building that houses the U.S. Senate and House of Representatives. It was dismantled in July.

There will also be plenty of boots on the ground.

The U.S. Capitol Police on Wednesday said it has asked the Pentagon to provide National Guard troops if they are needed to help with security.

“The USCP has asked the Department of Defense for the ability to receive National Guard support should the need arise on September 18,” the police department statement said.

Organizers have suggested that they are there for peaceful protests only, and that anyone attempting to create trouble is likely an extremist with the goal of casting a violent pall over the group.

Continue reading: The Fence is Back, as Capitol Prepares for ‘J6’, Ashli Babbitt Rallies ...

I sure hope Nancy instructs the police to carry loaded weapons for the erection.

Now if we could only keep all of those Swamp Dwellers inside of it, the country would be a lot better off!