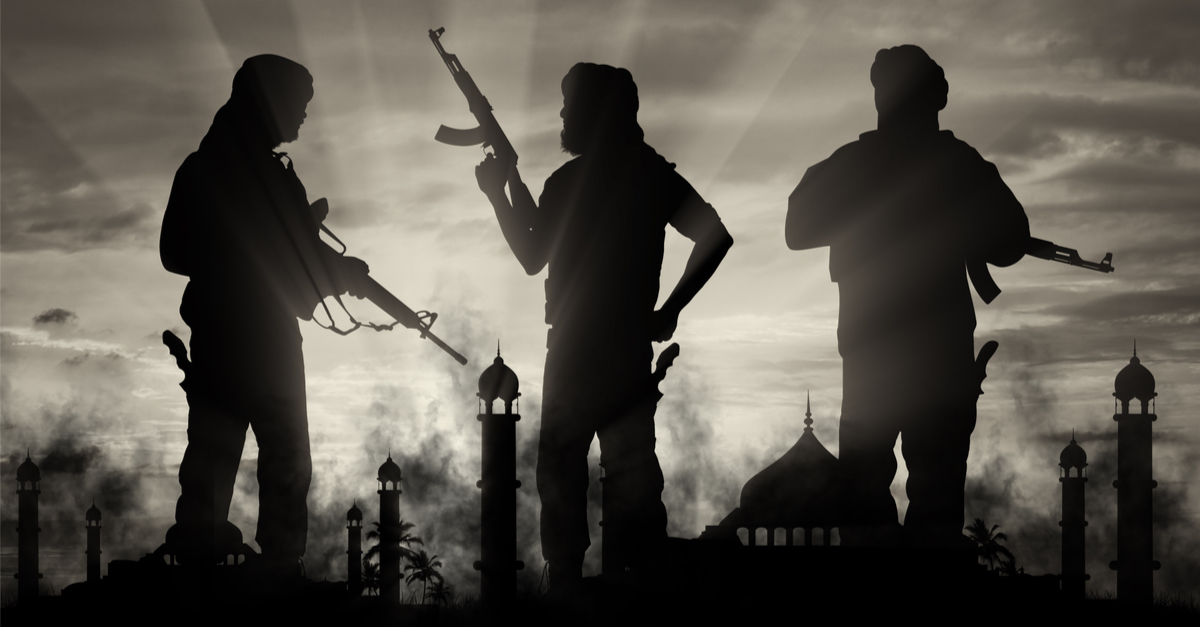 The following article, The Biden Administration Gave a Major Boost to Global Terror, was first published on Flag And Cross.

Joe Biden’s first 8 full months in office have been filled with perpetual failure and crisis.

Alarmingly, the far majority of this unprecedented futility has been self-inflicted. It all began on January 20th of this year, when the newly inaugurated president signed a flurry of executive orders that stifled American energy independence, created the still ongoing disaster at the Southern Border, and once again legitimized a World Health Organization (WHO) that was complicit in the spread of COVID misinformation on behalf of China.

We also mustn’t forget the ongoing economic failures associated with Biden’s “Build Back Better” economic plan and the still ongoing flurry of cyber-attacks carried out against major targets that have included Colonial Pipeline and one of the country’s major food suppliers, JBS.

But standing at the top of list of Biden administration failures is the still ongoing humanitarian crisis occurring as a result of the failed American pullout in Afghanistan. Despite the fact that many liberal pundits continue to try to shift a percentage of blame onto the previous president, most Americans accept that this miscarriage of an operation is solely a Biden creation.

One of the most glaring examples of how the so-called “adults that are now in charge” are in over their heads was when Defense Department Spokesperson John Kirby was unable to answer a simple question on the number of Americans still trapped behind enemy lines a few weeks ago. This painted a picture of an overmatched and confused administration incapable of providing for the safe transfer of its citizens out of a hellacious set of circumstances. As a result of this, America’s enemies have begun to promote the idea of our decline as the world’s top superpower.

We’ve already witnessed China taking this opportunity to bash the US while at the same time attempting to intimidate Taiwan.

Over the past few weeks the Chinese Communist Party controlled Global Times called the Afghanistan disaster “a heavy blow to the credibility and reliability of the U.S.” Additionally, just about a week ago, 19 Chinese military jets that included fighters and nuclear-capable bombers flying into Taiwanese airspace.

But all things considered, the worst of this all is the fact that the US has fortified Islamic extremism by handing a weapons cache worth upwards of over $80 billion to the Taliban. This is also occurring with America’s real-time knowledge of an Al-Qaida presence in Afghanistan. A recent unclassified United Nations report from earlier this summer showed that there were Al-Qaida terror cells operational in 15 Afghan provinces.

So, in simpler terms, the collaborators and enablers of 9/11 now possess modern weapons during a time when Iran has ran afoul of the uranium enrichment limits set for country by the international community. Reports from late spring of this year showed that “Fluctuations” at the Iranian Natanz Nuclear plant led to uranium enrichment reaching 63%, which is more than the 60% it was at when talks to revive the controversial Iran Nuclear Deal with world powers had stalled earlier this year. Iran has also boasted recently of its ability to enrich uranium to weapons grade or 90%.

This puts the entire would in danger as the possibility of cooperation between Iran and the Taliban may likely result in another major resurgence of global terror, possibly even involving the use of a nuclear weapon.

This major reversal from where Iran was 11 years ago when a US launched malware attack disabled the Iranian nuclear program. This also places America in the crosshairs of perhaps another attack as devastating as the 9/11 attacks sometime in the near future.

Americans are unfortunately left with no other option than to pray for the best over the next 3 1/3 years. With the amount of changes we’ve already experienced in such a short period of time, the question is, will America survive until the next transfer of power?