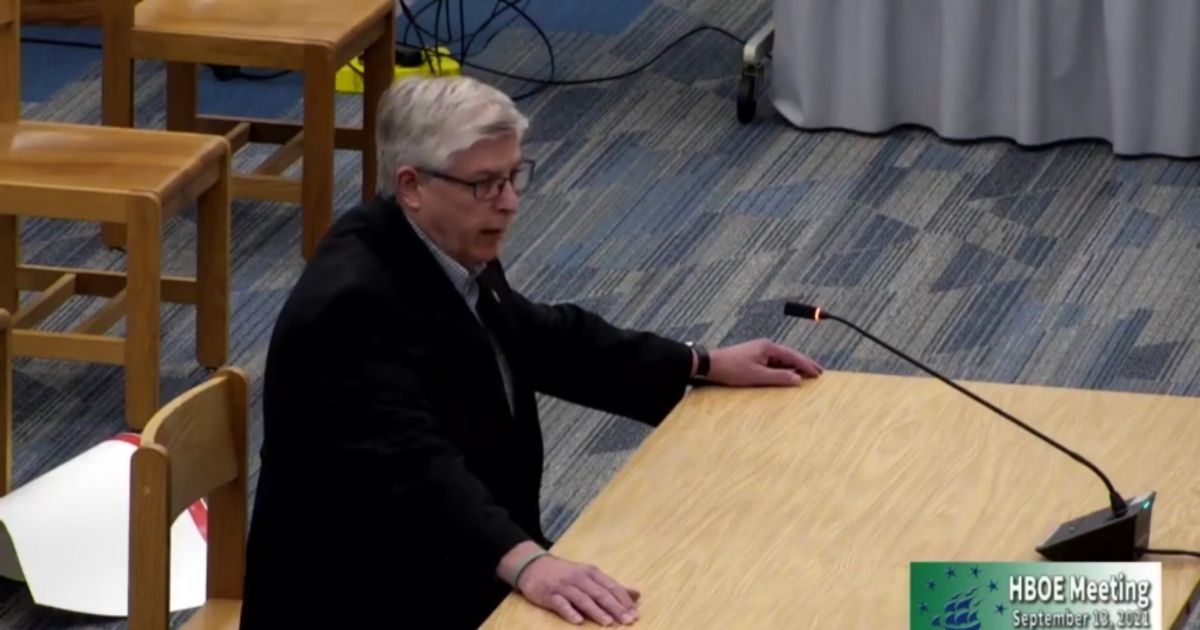 One positive side effect of the COVID-19 pandemic has been an increased awareness from parents about how their children are being treated in schools. Many have found that their concerns about public schools go beyond just mask-wearing and critical race theory.

An issue that has come to the forefront in many parents’ minds is the tendency of public schools to push sexual material on their children. The mayor of Hudson, Ohio, has taken notice of the issue, and now he is calling for consequences.

According to the Post Millennial, high school students in the city were given a book called “642 Things to Write About.” It was provided to students taking the Writing in the Liberal Arts II course.

Parents said one of the prompts in the book asked students to “write a sex scene you wouldn’t show your mom.” Afterward, the book told students to “rewrite the sex scene from above into one that you’d let your mom read.”

At a school board meeting Monday, Mayor Craig Shubert called on all five of the board’s members to resign or face potential criminal charges.

“It has come to my attention that your educators are distributing essentially what is child pornography in the classroom,” he said.

“I’ve spoken to a judge this evening. She’s already confirmed that. So I’m going to give you a simple choice: You either choose to resign from this board of education or you will be charged.”

Judging by the rousing applause from the audience, many people agreed with Shubert. However, that did not seem to phase the school board members.

District communication manager Jennifer Reece said parents sign a permission slip that warns about the “possibility of mature content being used since it is a college-level course,” the Akron Beacon Journal reported.

She added that the book was a supplemental resource and that the prompts in question were not specifically assigned to the class.

“At this time, no Board of Education member has indicated any intention to resign,” Board of Education President David Zuro said Wednesday. “While we respect the mayor’s position within the city of Hudson, in accordance with the state laws of Ohio, the supervision of the public schools of this district is the responsibility of the Board of Education.”

These weak excuses are just that — excuses. There is no reason that minors should be given materials encouraging them to write a “sex scene,” and that is certainly not what parents were expecting when they acknowledged the possibility of mature content.

Mature content is one thing. Pornography in literary form is another.

At best, the school board practiced negligence by failing to notice these blatantly inappropriate topics in a book distributed to minors. At worst, they knew about the deeply sexual content and gave it to the students anyway.

According to the Journal, board Vice President Steve DiMauro called for an investigation into the issue at Monday’s school board meeting. Board member James Field also expressed concern about the matter.

“I don’t think there is another perspective on it that would’ve said that ‘oh yeah, that book was OK or that made sense,” Field said. “That was definitely one that we want to make sure we understand that we’re doing the proper policies and reviews … to prevent that.”

Statements like that are easy to make, but real actions are a lot harder. It remains to be seen whether the school board will actually make changes or just more excuses.

How about, we bend over the Teachers and stick it right up their Curriculum!