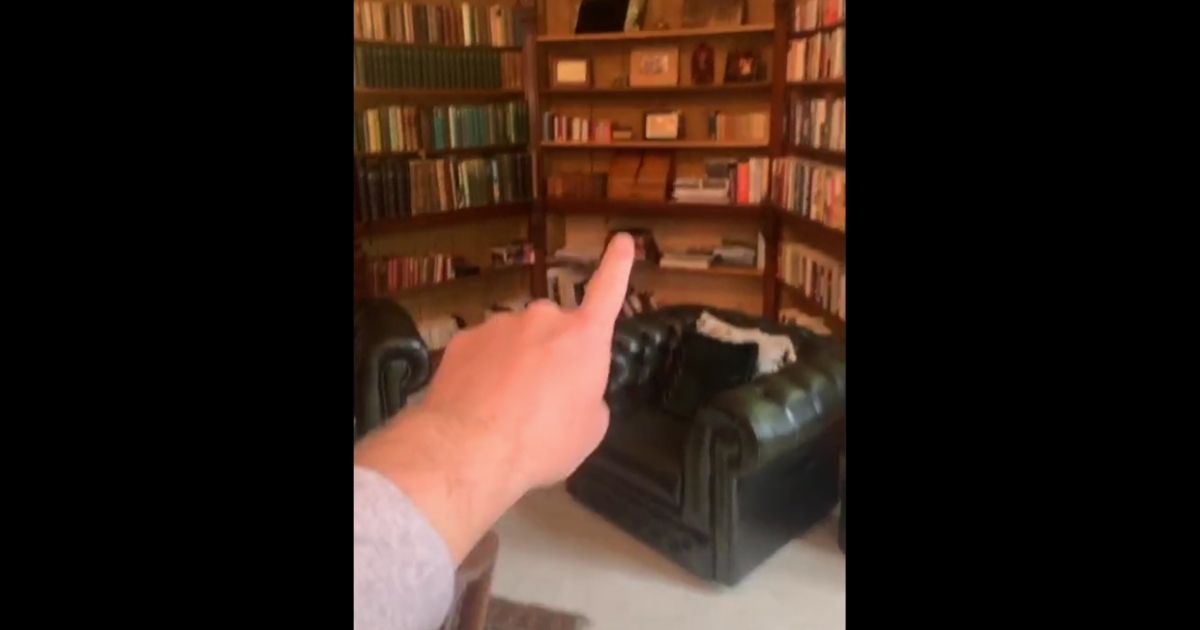 The following article, After Noticing Detail in Old Photo, Man Discovers Secret Rooms Hiding Behind His Walls, was first published on Flag And Cross.

It all sounds a bit spooky because, well, it is — but that hasn’t kept millions of people from watching 23-year-old Freddy Goodall of Sussex, England, give tours of his old family home.

It started when Goodall was perusing old photos of the house and noticed an unfamiliar feature: a doorway in the library where there is now only a bookcase.

He decided to investigate and post his findings on TikTok in May 2020.

“I searched for it but couldn’t see anything at first, then realized it was hidden behind a bookshelf,” Goodall said of the doorway, according to the New York Post.

“Eventually, behind one of the books I found a hole that looked into the hidden room.”

As he continued to explore, he made his way through a network of secret rooms, tunnels and a basement — all dusty, strewn with cobwebs and very much out of use.

The 16th-century house had many servants at one point and then became a school. Goodall believes the tunnels were originally used by servants so they could discreetly access different parts of the home.

The novelty of a new discovery in a very old house was not lost on Goodall, who reported finding old schoolbooks and unfamiliar names written in chalk on brick walls below the house.

“I was excited to find something new in a house I have lived in for so long!” he said. “It was pitch black — so very creepy at first.”

“I left the rooms as they were. I like that they have been the same for hundreds of years. There is so much history to be found in each room.”

@freddygoodallOpening the safe in the hidden room

But he did bust into an old safe he found, revealing old books about the house and its history.

Goodall certainly seems excited about the whole thing, and so do his millions of curious viewers. There’s something irresistible about mysteries hidden in plain sight for so long.