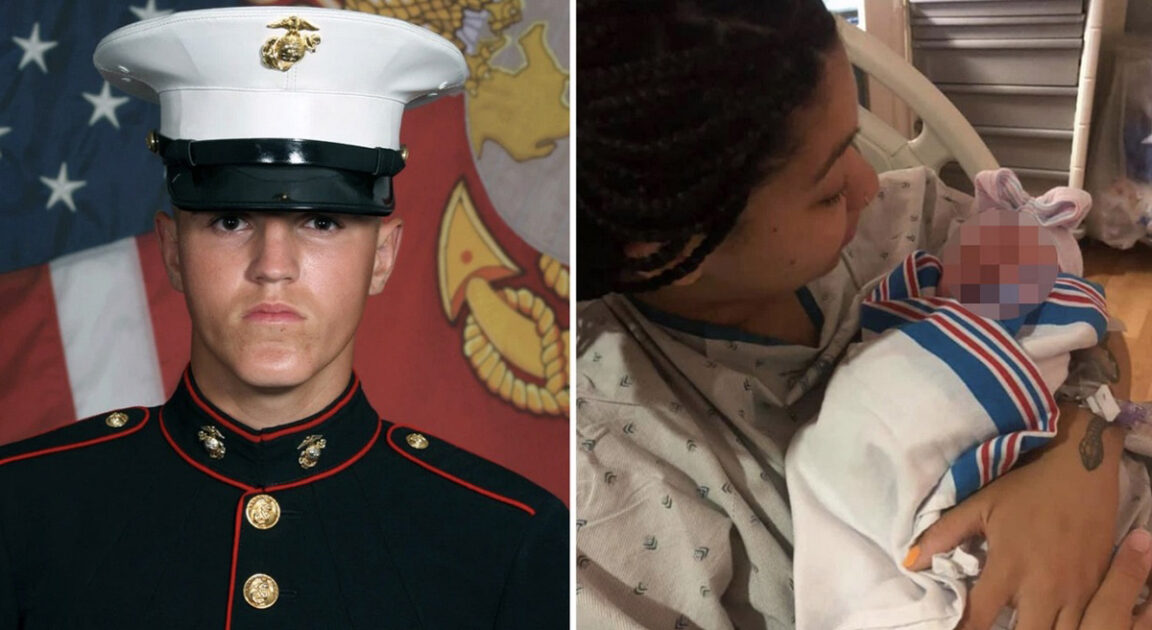 The following article, Wife of Marine Killed During Afghanistan Pullout Gives Birth to Baby Girl, was first published on Flag And Cross.

On Monday, the wife of a Marine who died during Joe Biden’s pullout of Afghanistan gave birth to a baby girl.

Jiennah Crayton, whose husband, Rylee McCollum, was one of 13 United States service members killed in an ISIS-K suicide bomb attack in Kabul, Afghanistan, in August as American forces desperately tried to fill planes with U.S. citizens fleeing the county after Biden implemented his disastrous bugout of the country.

“The wife of a fallen US Marine who was killed in the Kabul blast has given birth to the late soldier’s daughter,” the Sun reported, based on a Facebook post from Crayton’s mother. “Rylee McCollum, who was killed in the Kabul terror attack, had been in Afghanistan a matter of weeks and was due home in October to be reunited with his wife Jiennah Crayton, known as Gigi.”

Welcome to the world, baby girl. Your dad *and* your mom are heroes. Keep Jiennah Crayton in your prayers. She is clearly tough enough for the road ahead, but I wish she didn’t have to walk it.

The baby was born at Camp Pendleton in California. Both baby and mama are doing fine.

“n the emotional message, the newborn, named Levi Rylee Rose, was pictured in her crib with a cushion of her father,” the Sun added. “The baby was born on Monday, weighing 8 lbs and 10 ounces, and was given Rylee as her middle name.”

“Rylee McCollum, a 20-year-old Marine, was among the 13 U.S. service members killed in Thursday’s attack at the Kabul airport, according to Sen. John Barrasso (R-Wyo.),” who spoke to the Washington Post. “McCollum, of Jackson, Wyo., had joined the Marines right out of high school, Barrasso said, and on Thursday ‘made the ultimate sacrifice protecting Americans and civilians in Afghanistan.'”

“McCollum and Gigi only tied the knot in February this year having eloped in Vegas, and his mother-in-law, Jill Miller Crayton, said her 20-year-old daughter is ‘crushed’ having been told the devastating news,” the paper said. “I didn’t get to know him, I didn’t even get to meet him, but I do know that she was madly in love with him. He was her everything her future and her best friend.”