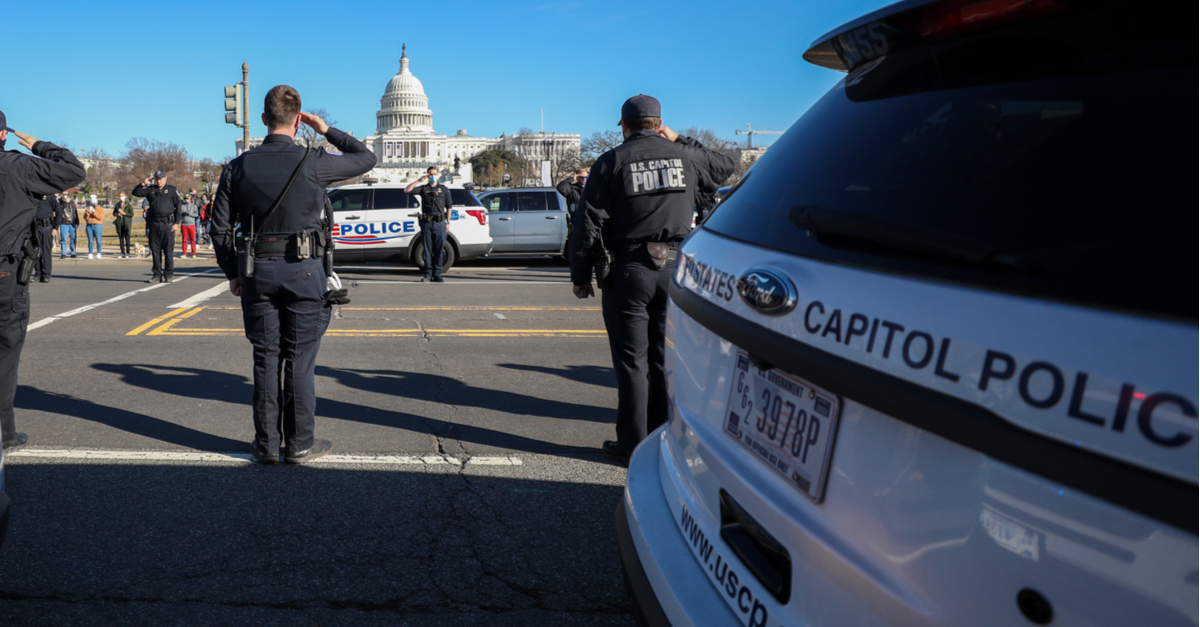 Of all of the strange and shocking images that we’ve seen come out of the January 6th insurrection, perhaps no images were as stunning as those that depicted police officers seemingly capitulating, (and even celebrating), with the would-be insurrectionists.

In many cases, the footage spoke for itself:  Officers were seen removing obstacles for folks looking to storm the Capitol.  They were seen helping them up and down the stairs.  There were even several cops caught taking selfies with the mob, some of whom were chanting “Hang Mike Pence” as they marched down the halls of the building.

But the latest accusations coming from within the investigation are even more shocking.

[One] disciplinary case involves a special agent in the department’s Protective Services Bureau who is accused of revealing classified information to a friend a week after the deadly riot. The friend, who is not identified in the documents, phoned the FBI’s tip line to alert them to the “concerning statements” allegedly made by the agent when he spoke about where lawmakers were held as Trump supporters stormed the Capitol. “I don’t want to report a friend of 40 years, but he’s says enough concerning statements that I feel like I need to do this… he’s just fallen into this cult and these beliefs,” the friend was quoted as saying.

Prosecutors are dealing with over 500 cases stemming from the actions of the rioters involved in the incident, and more than a dozen Capitol Police officers have been investigated in connection to that fateful day.