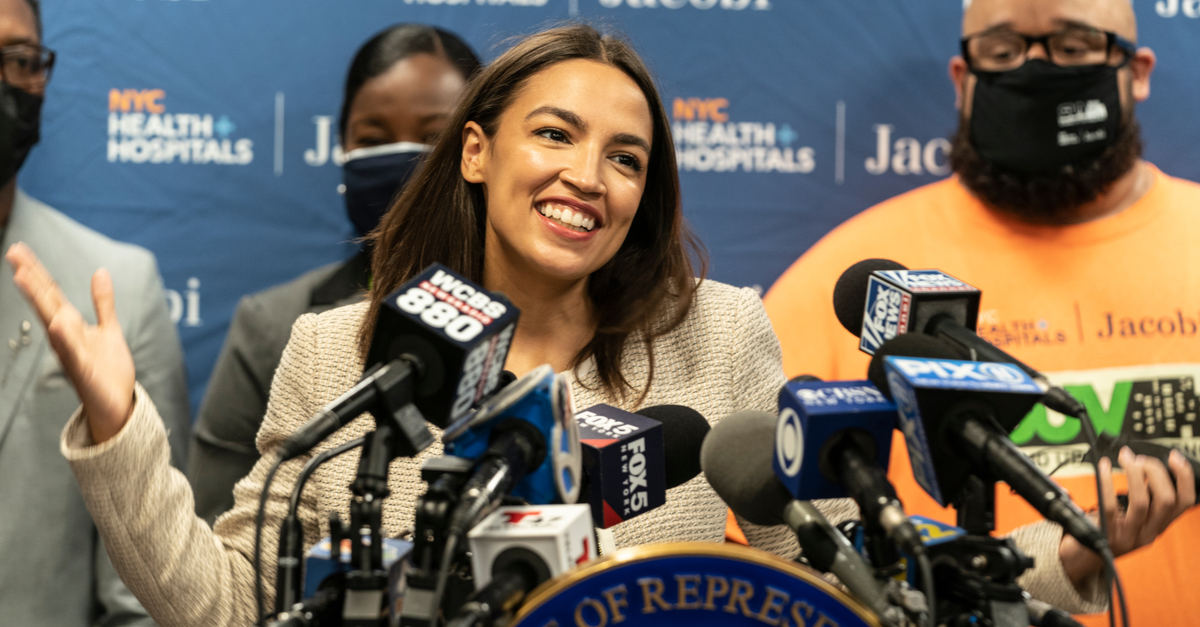 The following article, AOC’s Met Gala Stunt Referred for Investigation by Watchdog Group, was first published on Flag And Cross.

The nation is well aware of how often New York Congresswoman Alexandria Ocasio-Cortez finds herself in the headlines, but the far-left lawmaker’s latest stunt is providing the sort of attention that she would likely rather avoid.

That’s because AOC is now facing an investigation into whether or not her attendance at the Met Gala this week, (where she demonstrated her obliviousness with an anti-wealth dress at the $30,000 per ticket event), constitutes an illegal in-kind donation to the Democrat.

The American Accountability Foundation (AAF), a conservative watchdog group, has filed an ethics complaint against Rep. Alexandria Ocasio-Cortez, D-N.Y., over her attendance at the lavish Met Gala in New York City Monday night.

The group seemed to have a fairly valid argument.

The AAF’s complaint, obtained by Fox News, asks the Office of Congressional Ethics to “immediately open an investigation” into Ocasio-Cortez and whether she accepted an “impermissible gift” to attend the gala or violated any campaign finance laws.

“Without prompt investigation and enforcement of Congressional Rules, the American people are likely to lose faith in the ability of Congress to police its members,” the complaint says.

The complaint states that since Ocasio-Cortez described her attendance at the Met Gala as part of her official duties, the “receipt of the gift” must fall under either the widely attended event or charity event exemptions as defined by the House rules.

The Congresswoman’s team appeared to confirm that her attendance did not come at a cost to AOC, which could bolster the case that the AAF is building.