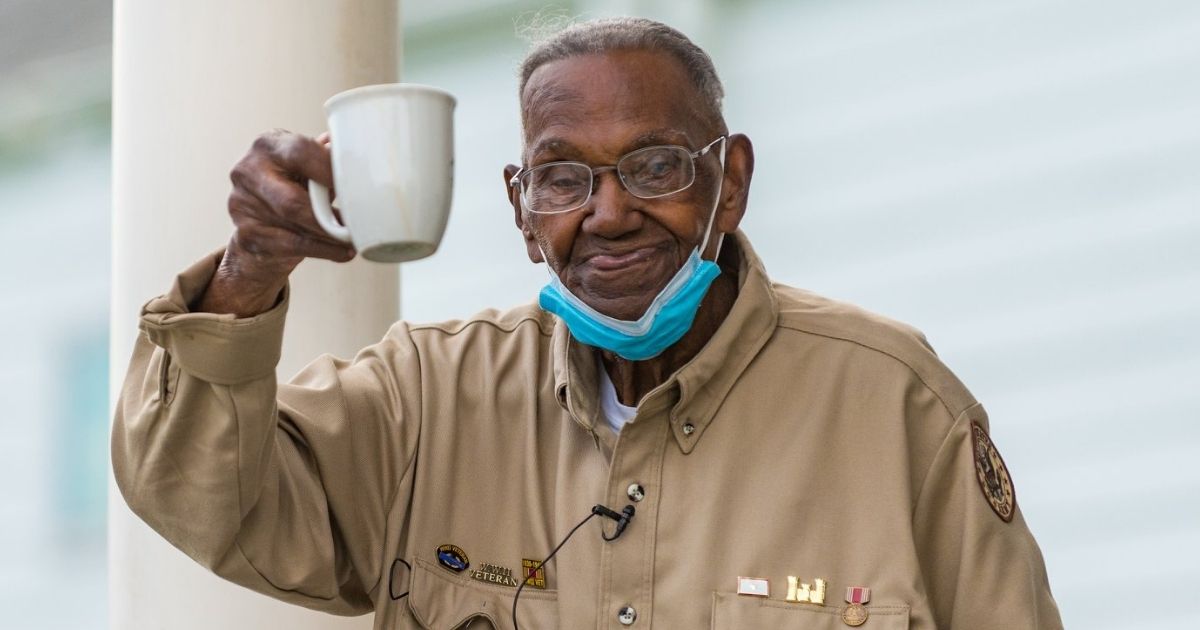 Lawrence Brooks has experienced much in his life as the oldest known living World War II veteran. This year, he celebrated his 112th birthday with much fanfare.

Brooks was born in Norwood, Louisiana, but has lived in New Orleans since 1929. After returning from his time in the military, which ended in 1945, he settled down and had five kids with his wife.

The exceptional gentleman has made it to an amazing age, and the National WWII Museum made sure he knows it by celebrating his birthday on Sunday, as it has done for years.

Given the times, the party has come to Brooks the past two years.

“In light of the COVID-19 pandemic and ongoing recovery efforts in New Orleans following Hurricane Ida, The National WWII Museum arranged a small, birthday celebration with cake, a performance from the Museum’s vocal trio, The Victory Belles, and a Jeep parade courtesy of Kajun Outcast Jeep Club and Northshore Wrangler Association,” the post said.

“Born Sept. 12, 1909, Lawrence Brooks served the US Army in the predominantly African-American 91st Engineer Battalion, which was stationed in New Guinea and then the Philippines during World War II.”

“Mr. Brooks, the entire state of Louisiana thanks you for your service and we all wish you a joyous birthday,” he said.

Many commented on the museum’s post to thank Brooks for his service and send their best wishes.

“The best birthday yet!” the Victory Belles commented. “We had a blast. We love you, Mr. Brooks!”

As far as advice goes, Brooks keeps it simple. He told WDSU-TV that he encourages others to “serve God and be nice to people.”