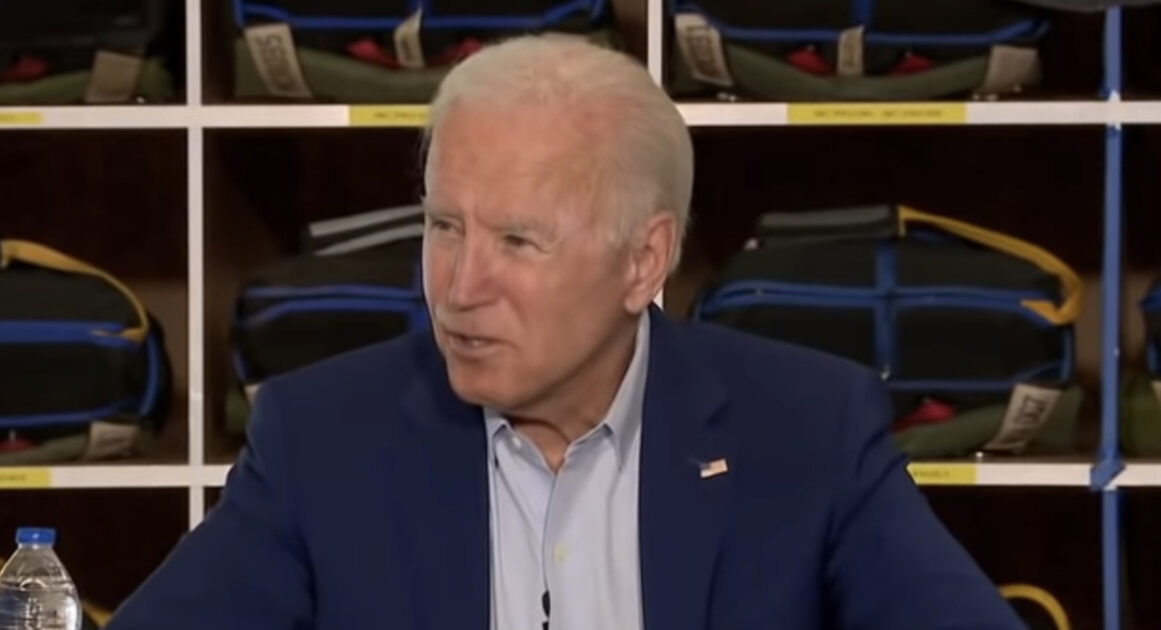 Joe Biden has been caught in yet another fabulism about his bio, this time with the false claim that his first job offer came from an Idaho lumber company… but the company says it never happened.

Biden was speaking before a wildlife event in Idaho on Monday when he made the startling claim that his very first job offer came from wood-products business Boise Cascade. But after this amazing news broke, the company came out and said it has no record at all that this latest Biden claim is true, according to the New York Post.

“I used to tell [State Democrat Senator] Frank Church this, I got a — my first job offer, where I wanted — my wife, deceased wife and I wanted to move to Idaho because we — not a joke — it’s such a beautiful, beautiful state. And I interviewed for a job at Boise Cascade,” Biden said.

“And in the meantime, there was a war going on. Anyway. But the whole point was that I used to always kid Frank,” Biden added.

But Boise Cascade spokeswoman Lisa Tschampl told the Post, “We have no record of President Biden’s application or of him having worked for the company.”

Indeed, there is absolutely no previous mention of Boise Cascade in any of Biden’s previous statements, policies, or discussions.

Biden has spent years lying about what he did as a younger man, he’s spun all sorts of tales about his schooling, his work history, his kids, people he’s met, and places he’s been. And you can’t blame this on his current level of senility. Biden has been spinning these lies for decades.

Biden has a record of inaccurate or embellished claims. He dropped out of his first presidential campaign in 1988 due to a scandal involving plagiarism of speeches and a law school paper and controversy about claims he made about his academic record.

But as the nation’s oldest-ever president, Biden’s mental acuity also is a frequent matter of public debate.

Biden this month falsely claimed that he remembered “spending time at” and “going to” the Tree of Life synagogue in Pittsburgh after the October 2018 mass murder of 11 people. After the synagogue said that he did not visit, the White House said he misspoke and was referring to a 2019 phone call with the congregation’s rabbi.

In one infamous misstatement, Biden in 2020 claimed he “had the great honor of being arrested” in South Africa when he was “trying to get to see [Nelson Mandela] on Robbens Island,” where Mandela was in prison until 1990. He said Mandela thanked him for it. Later, he admitted that it was untrue.