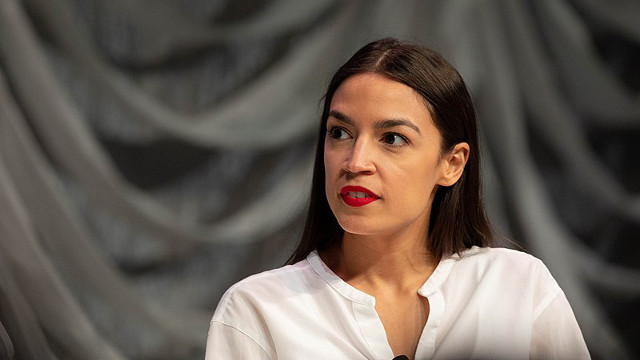 The following article, AOC Sports Gaudy ‘Tax The Rich’ Dress at Elitist Fashion Event in NYC, was first published on Flag And Cross.

Alexandria Ocasio-Cortez has jumped the shark, and in dramatically ironic fashion.

The precocious progressive this week attended the Met Gala, one of New York City’s poshest fashion-foward events, hobnobbing with elites, and rubbing elbows with the filthy rich and highly famous.

But AOC couldn’t seem to resist making a scene – even if it was about as tone-deaf as Roseanne Barr’s rendition of The Star Spangled Banner.

Rep. Alexandria Ocasio-Cortez, D-N.Y., wore a white dress with the slogan “tax the rich” at the lavish Met Gala in New York, where tickets go for at least $30,000 each.

The wardrobe choice drew a mixed response on social media, with some praising Ocasio-Cortez’s message and others calling it “obscenely out of touch and completely hypocritical.”

Tickets to the Met Gala cost at least $30,000, The Associated Press reported. It’s unclear if Ocasio-Cortez purchased a ticket.

Twitter users lit Ocasio-Cortez up over the ridiculous stunt.

I am calling on the Ethics Committee to IMMEDIATELY conduct an investigation into @aoc & the gifts she claims to have received to attend the #MetGala2021 ! The $30k ticket & the designer gown BOTH exceed the legal gift limit of $200!
WE THE PEOPLE deserve to know the truth! #RT pic.twitter.com/BgJbDdXQ3w

Really AOC ! You look like a idiot. You are phoney as hell pic.twitter.com/tylkhipb73

This isn’t the fist time that AOC’s clothing choices have sparked controversy.

During a photoshoot early in her political career, and in an attempt to appear highlight her working class roots, the New York Congresswoman was photographed near he childhood home while wearing a pantsuit with a price tag exceeding $3,500.