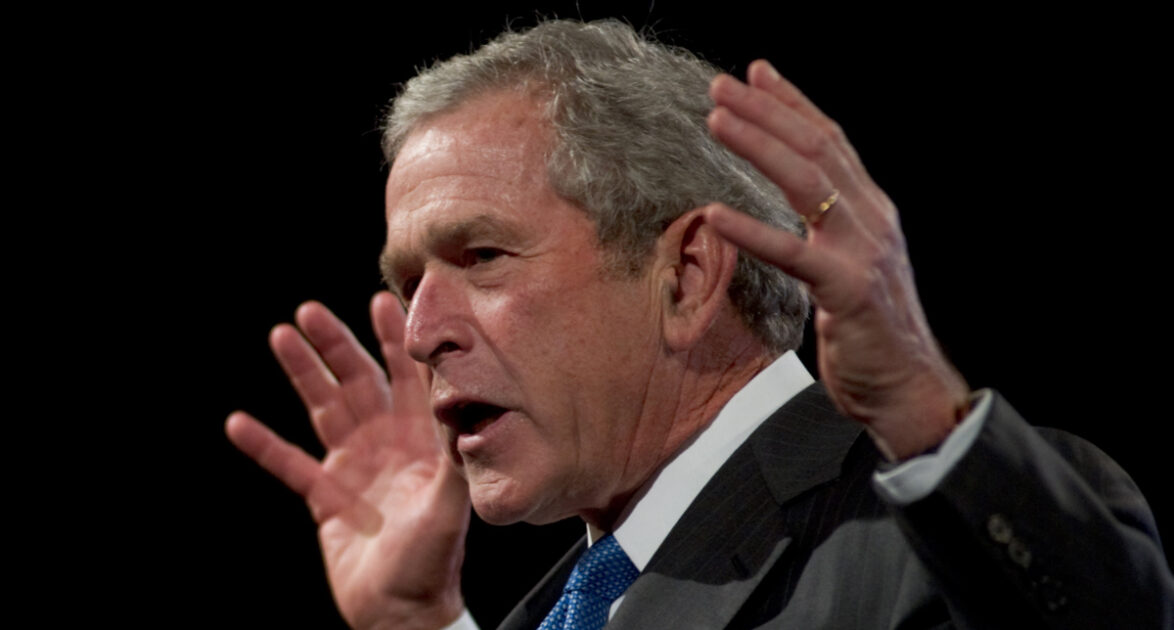 The following article, George W. Bush Uses 9/11 Speech to Warn that MAGA Voters are Domestic Terrorists, was first published on Flag And Cross.

Many were shocked Saturday when former President George W. Bush used his 9/11 address to warn that MAGA voters and patriots are the new domestic terrorists.

Speaking at the 9/11 memorial service for Flight 93 in Shanksville, Pennsylvania, Bush leapt from the attacks in 2001 to the “terrorism” that threatens America today.

“Many Americans struggled to understand why an enemy would hate us with such zeal,” Bush told his audience.

“The security measures incorporated into our lives are both sources of comfort and reminders of our vulnerability,” the former Texas Governor added.

“We have seen growing evidence that the dangers to our country can come not only across borders but from violence that gathers within,” Bush insisted.

Many people, though, were outraged by Bush’s attack on American patriots and his act of conflating Patriots with ISIS terrorists.

George W Bush is an imbecile.

The only place Bush should be on 9/11 is answering to the American people for all his lies.

Instead he’s just showing us that the regime is not just one party, it’s the ruling class that despises us & is not done exploiting us. https://t.co/Tc9sVSzFyg

George Bush is a fraud! This clown compared Jan 6th to 9/11. What an insult. It’s not even close

Bush is publicly comparing 9/11 to Jan 6

Are you paying attention yet?pic.twitter.com/ByOi5hEoXt

I have personally overlooked many things from former President George W. Bush but his comparison between Trump voters and the Jihadists from 9/11 is an absolute disgrace. F*cking unbelievable. #NeverForget https://t.co/ZPFtz9J6a0

After 20 years of a war on terror abroad, W wants to now fight a new one against his fellow citizens https://t.co/qZlOEw3yz6

One of Bush’s many failures was to saddle the U.S. with DHS & TSA, forever treating citizens as possible terrorists—instead of forcing our enemies to change their way of life instead.

Swamp creatures like Bush hate Americans who oppose them more than they hate people who kill Americans. https://t.co/9lwiAgvl03

Bush gave a speech on 9/11 today and all I heard was that guys like me – who went to war under him AND his father – were a terrorist threat to our country.

He's trash and I'm done with him and his whole cabal.

When Bush condemns “domestic extremists,” he’s NOT talking about Antifa or radical BLM rioters. He’s talking about the Deplorables, about us.

He also assails the very people he sent to fight and die in his disastrous wars. He’s the worst president ever.pic.twitter.com/YOa8ZE2QOJ