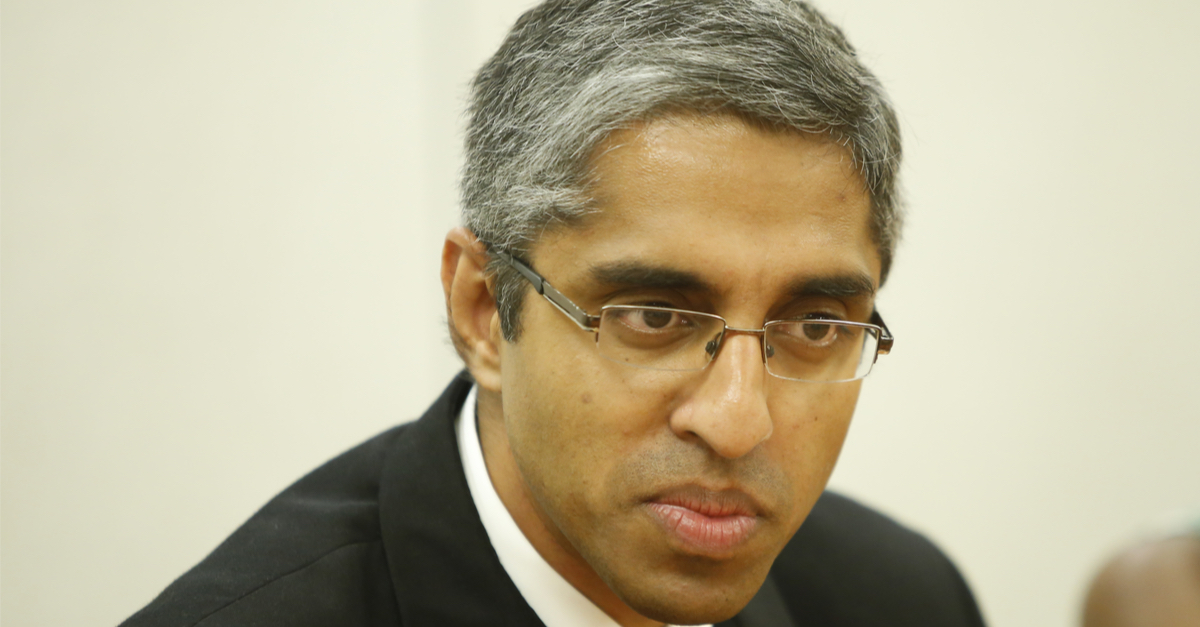 The following article, Surgeon General to ‘Monitor’ How Vaccine Exemptions Are Used, was first published on Flag And Cross.

When Joe Biden announced a sweeping federal vaccine mandate, (that included regulations for private businesses with more than 100 employees), he had to know that the move would be unpopular.  And, if for some reason he was too oblivious to realize this preemptively, the last several days of constant criticism likely clued him in.

This is why the latest announcement from the Surgeon General comes as such a shock.

U.S. Surgeon General Dr. Vivek Murthy has advised that the Biden administration will “monitor” to ensure no one abuses COVID-19 vaccine exemptions.

President Biden last week announced a mandate that required any company with at least 100 employees to mandate its workforce. The only way to avoid the mandate is to claim an exemption on either religious or medical grounds.

Some critics argue that the exemptions allow for simple abuse, but Murthy insists the administration will ensure that does not happen.

The language used was not terribly benevolent, either.

“Unfortunately, as a country, we have experience in dealing with exemptions, but we’ve got to be vigilant there and make sure that people are using them, you know, in the spirit that they’re intended and not abusing them or asking for exemptions when they don’t apply,” Murthy told CNN’s “State of the Union.” “That’s an area that we continue to monitor in the days and weeks ahead.”

Murthy’s so-called “vigilance” is sure to conjure ever more criticism for the Biden administration, as Americans continue to reject the idea that the federal government can supersede their inalienable bodily sovereignty.