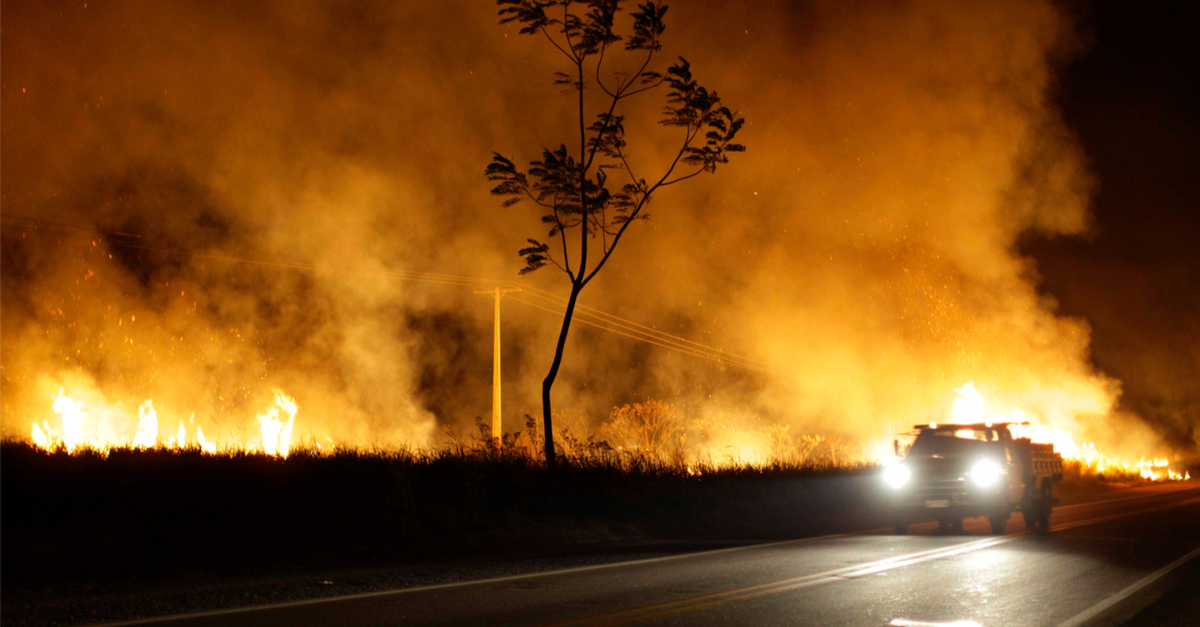 The following article, SEE IT: California Wildfire Forces Closure of Major Highway, was first published on Flag And Cross.

In the Golden State, things are heating up, and life may never be the same because of it.

A number of major wildfires have been burning in California for months now, with a terrifying uptick in trouble coming in just the last few weeks.  This included the spreading of the Caldor Fire, which threatened to completely decimate the gorgeous Lake Tahoe tourism hub.

Now, in the southern part of the state, another major fire has forced authorities to close a massive swatch of an important freeway.

A wildfire near Castaic Saturday has led to the closure of a part of a major freeway in Southern California, officials told local media.

The fire, known as the Route Fire, reached 392 acres, or a little more than half a square mile, as of 6:28 p.m. and forced the shutdown of a section of Interstate 5, the Angeles National Forest told KTLA-TV.

The fire was uncontained as of 6:30 p.m., authorities said.

Images of the terrifying development were spreading on social media over the weekend.

The 5 Freeway is closed near Castaic as firefighters battle the Route Firehttps://t.co/YNmxE0cs2n

Castaic | 100+ acre fire on the 5 freeway. This incident is being called the Route IC fire. pic.twitter.com/KZYVLgCmxg

Thankfully, some rain had moved into the area over the weekend, helping crews in other parts of the state work to contain a number of other wildfires.