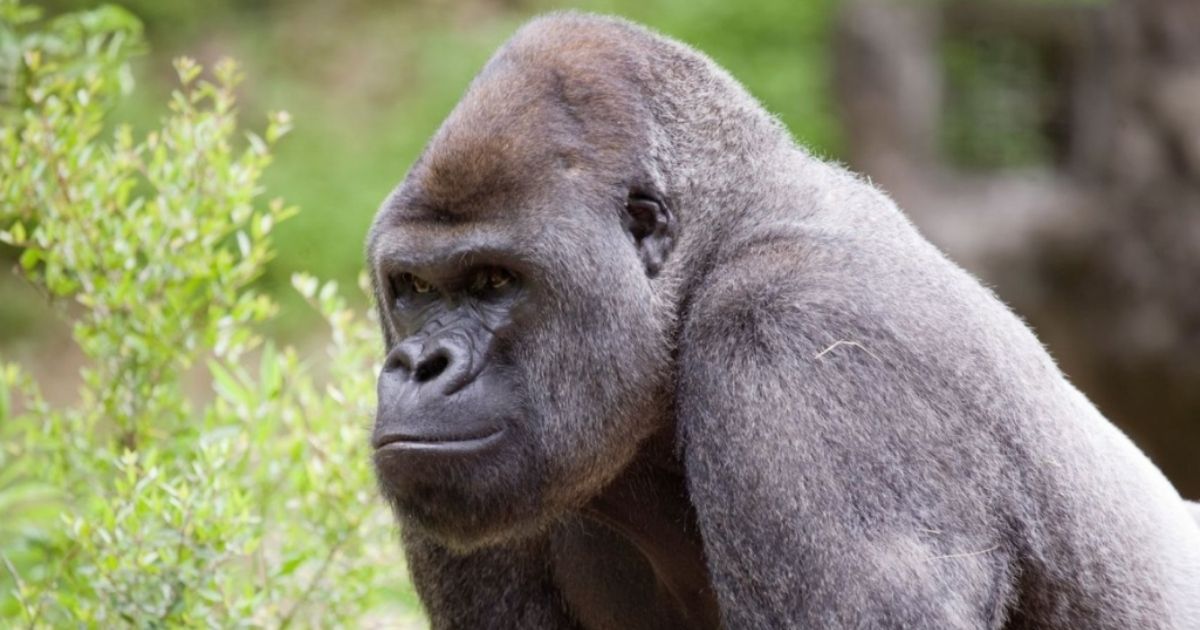 The following article, Gorillas in Atlanta Zoo Begin Coughing, Test Positive for COVID After Contact with Fully Vaccinated Keeper, was first published on Flag And Cross.

The Case of the Coughing Gorillas apparently has been solved, and the culprit likely is a handler who was vaccinated against the coronavirus.

Thirteen western lowland gorillas at Zoo Atlanta have tested positive for COVID-19, according to the Atlanta Journal-Constitution.

The gorillas have been acting like humans who come down with the disease, showing symptoms of mild coughing, nasal discharge and loss of appetite, zoo officials said.

Testing was done on fecal samples and nasal and oral swabs to confirm the apes had COVID-19.

Zoo officials said in a statement that “members” of its gorilla population tested positive for COVID, but they did not specify a number.

The officials said they cannot be certain how the animals were infected, but “the Animal Care and Veterinary Teams believe the infections originated with a COVID-positive care team member. The team member is fully vaccinated, was wearing Personal Protective Equipment (PPE), and was asymptomatic on the day of reporting to work.”

The zoo, which told the Journal-Constitution it has not mandated vaccinations for its employees, said the animals were infected “in an area of the Zoo where COVID safety protocols are already at their most stringent.”

The zoo announced it will upgrade its protocols, although handlers who interacted with the gorillas already were wearing masks and gloves.

“Team members never share the same physical space with the gorillas, and all interactions take place on opposite sides of a barrier with social distancing in place where practical. Team members also adhere to strict PPE protocols and social distancing guidelines among themselves,” the zoo stated.

Update on our gorilla population: Zoo Atlanta has received presumptive positive test results indicating that members of its western lowland gorilla troops are positive for SARS-CoV-2, the virus that causes COVID-19. https://t.co/TugKKupxnV pic.twitter.com/ba5fpZ6MdC

Zoo officials said they are using monoclonal antibodies to treat gorillas that have been infected. The officials said the facility is on a waiting list to receive Zoetis, a vaccine that can be used to help prevent the spread of COVID-19 in animals.

“The teams are very closely monitoring the affected gorillas and are hopeful they will make a complete recovery. They are receiving the best possible care, and we are prepared to provide additional supportive care should it become necessary,” Sam Rivera, the zoo’s senior director of animal health, said in the statement.

“We are very concerned that these infections occurred, especially given that our safety protocols when working with great apes and other susceptible animal species are, and throughout the pandemic have been, extremely rigorous.”

Among the gorillas is Ozzie, who at age 60 is the world’s oldest male ape in captivity and who is showing some symptoms of COVID.

“We don’t feel that we’re out of the woods,” Rivera told the Journal-Constitution. “We’re taking it on a day-by-day basis.”

The zoo said it has 20 gorillas. Zoo officials said that because of the conditions the animals live under, isolating the infected ones is not possible.

Although the coronavirus can migrate from humans to animals,  “There is no evidence that animals play a significant role in spreading” the virus to humans, according to the Centers for Disease Control.

BUT, I recall some articles several months ago that some various fill-in-the-blank people had jabbed several various animals. I found one such article, and put in link below.