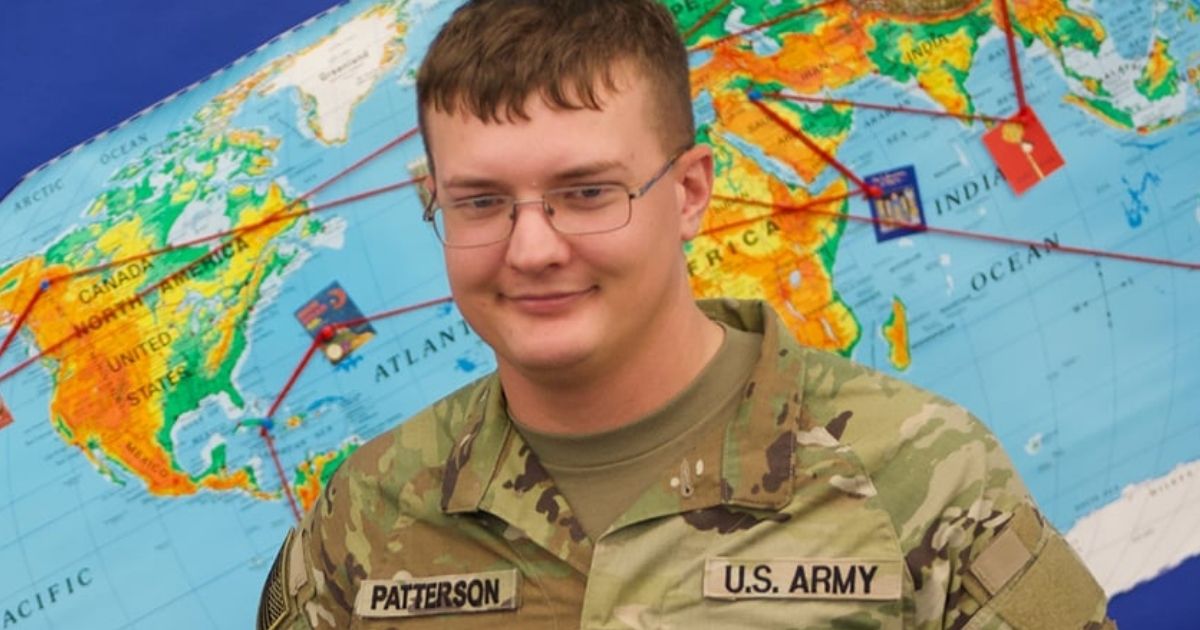 The following article, Together Again: After Yearlong Deployment, Father of 3 Surprises Kids with School Visit, was first published on Flag And Cross.

It’s never easy to leave your family and head across the world to serve your country, but the last year has been especially difficult for one military family from Killeen, Texas.

Army Staff Sgt. Andy Patterson headed out for his third deployment in 2020 after just three months home from his prior deployment in South Korea, and he spent the following year in Kuwait and Saudi Arabia.

His wife, Andrea, and their three kids had their own work cut out for them as the pandemic raged on and an unprecedented winter storm hit Texas.

But the father and husband completed his year and was able to head home. To celebrate, Patterson decided to make an event out of it, surprising each of his kids individually at school.

“The only word that could come to mind was ‘finally,'” he told KCEN-TV.

“Tissue Alert!” Killeen Independent School District warned on its post from Thursday. “Staff Sgt. Andy Patterson and his wife Andrea surprised their three children in a trio of individual reunions in the hallways at Brookhaven Elementary School.

“Following a pair of deployments with a brief break between, the pair wanted to make this return special. It was!”

“We decided we really wanted them to have individual homecomings,” mom Andrea Patterson added. “I just told them we would see Daddy really soon.”

While this wasn’t Patterson’s first deployment, he said the familiar process doesn’t make anything easier.

“If anything it gets harder watching your children grow up and knowing that you’re missing out on a majority of their life when you’re gone during that time period,” he said.

His wife is happy to have him back, too — understanding their duty but acknowledging the difficulty of that call.

“It feels good because they need their dad, you know, and, you know, as a military family we know the sacrifices we have to make as a whole but doesn’t change the fact that we’re human and we just want to be together too,” she said.

The family plans on just enjoying time together for a while, including doing lots of one of the kids’ favorite activities: reading.